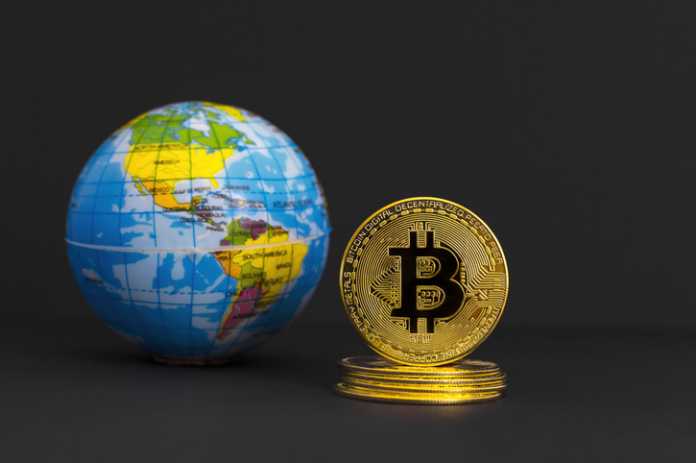 Cryptocurrency is a lifeline for hundreds of impoverished communities that don’t have access to stable local currencies, banking, or financial services infrastructure. Many developing countries suffer from rampant inflation due to economic or political instability. Citizens of these countries are often unable to facilitate meaningful exchanges of value with others, leading to further nation-wide economic downturns.

This could explain why cryptocurrency usage has spiked in Lebanon, Turkey, and Venezuela. Venezuela in particular has experienced terrible inflation in recent years, causing some Venezuelan citizens to hold Bitcoin to hedge against future inflationary pressures. Many have even earned cryptocurrency profits as a result.

In addition, many Venezuelan nationals who work in neighboring countries use cryptocurrency to send money back home. This bypasses the need to use third-party service providers for wire transfers, which can often be unreliable or hard to come by in Venezuela, not to mention the fees they charge for transfers.

Cryptocurrency applications and exchanges offer these workers the chance to send money to their families affordably and securely. In fact, this practice, known as remittances, is a common use of cryptocurrency today,

Cryptocurrency is such an effective technology to enable remittances and economic empowerment of individuals in developing countries because of its decentralized nature. While traditional currencies rely on centralized institutions such as banks and governments to facilitate their use, cryptocurrency relies upon a technological solution known as the blockchain. In simple terms, the blockchain can be thought of as a technological set of checks and balances that executes and verifies peer-to-peer transactions between individuals.

In order to do so, cryptocurrencies aggregate the metadata of their users into data blocks and cross-reference the data of each block against a public ledger that is verified by nodes on the Bitcoin network. While many cryptocurrencies are quite volatile, they can still play an important role in empowering disadvantaged communities. Moreover, new technologies such as Stablecoins are now being developed to hedge against volatility in the crypto markets.

Financial service providers have typically been necessary in the past to certify that transactions between individuals and institutions are legal, legitimate, and verified. Blockchain uses computer code and protocols to fill that same need. That means individuals who might not have access to a bank or financial service provider are still empowered to make transactions and earn cryptocurrency profits or use cryptocurrencies as hedges against inflationary pressures.

Economic empowerment of the poorest has been one of the fundamental goals of humanitarian organizations.  It allows individuals and communities to lift themselves out of poverty, pursue educational opportunities, and start businesses. The role of cryptocurrency in enabling a secure, decentralized mechanism for transactions may be able to help further this agenda.

The Benefits of Bitcoin Cash

Bitcoin Cash has emerged as a logical alternative to Bitcoin for empowering communities and enabling efficient and affordable peer-to-peer transactions. To understand why, it’s important to look at some of the most fundamental problems with using Bitcoin for economic empowerment.

One of the primary drawbacks of Bitcoin is that it can suffer from longer waiting times for transactions to be processed and approved. This is because the blockchain that is used to enable Bitcoin was not originally built to handle millions of transactions flowing through its network.

As more people use Bitcoin to execute transactions, verifying these transactions through Bitcoin’s Proof of Work protocol takes more time. This is a major inconvenience for users who need their funds or their cryptocurrency profits immediately.

Another way to think about this problem is by framing it in terms of liquidity. In finance, the term liquidity refers to assets that are easily accessible and spendable. Cash is often thought of as the most liquid asset class since it can be made available and spent at any time.

Liquidity is particularly important for poorer communities since a higher ratio of their net worth is being spent on day-to-day needs, or as an alternative to the banking system. In short, Bitcoin faces a scalability problem that leads to a liquidity problem, which is a major issue for lower net worth users that need liquidity in order to spend on daily necessities and aren’t only focused on cryptocurrency profits.

Bitcoin Cash is a cryptocurrency that found a way to address both the scalability and the liquidity problem. Bitcoin Cash was created through a “hard fork” of the Bitcoin blockchain protocol. That means that it was based on Bitcoin’s code in order to incorporate its many benefits including its security and decentralization. If you want to learn more, Crypto Dispensers has more on Bitcoin Cash in its guide.

The Promise of Cryptocurrency and Bitcoin Cash

Bitcoin developers and miners saw some of the underlying scalability problems of Bitcoin and wanted to develop a cryptocurrency that offered the liquidity users enjoyed from cash. Thus Bitcoin Cash was born.

To do so, they introduced a series of novel and innovative changes to Bitcoin. The most important of these changes was that they increased the size of data blocks in the blockchain of Bitcoin Cash. This allowed larger numbers of transactions to be verified at once, dramatically reducing transaction processing times and costs.

The breakthroughs of Bitcoin Cash could well provide disadvantaged communities the economic empowerment they need to pursue education, start businesses, and efficiently send money to family and loved ones. That’s why cryptocurrencies like Bitcoin Cash are improving people’s lives and making the world a better, more equitable place every day.