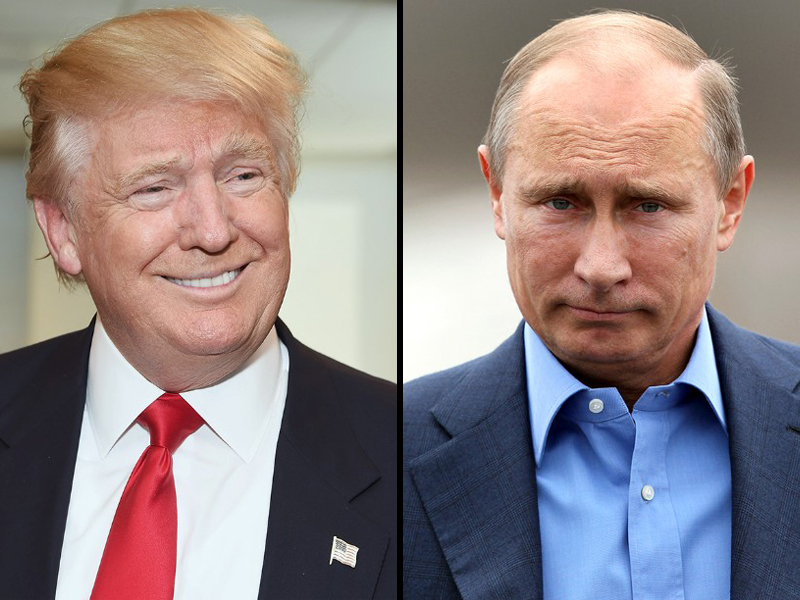 Washington is planning to extend sanctions against Russia, once again. Meanwhile, the Trump administration is getting ready to cope with a special counsel’s investigation which seems to focus as much on Trump as Russia.

Last Wednesday, Secretary of State Rex Tillerson warned that Congress should not pass any legislation that would undercut “constructive dialogue” with Russia. Yet, the Senate voted 97-2 to advance a bipartisan agreement to launch new financial penalties on Russia and to let the Congress intervene before President Trump can lift sanctions. Afterwards, Trump tweeted that he is the subject of the “single greatest WITCH HUNT in American political history”, and one that he said is being led by “some very bad and conflicted people”.

Trump’s frustration originated from reports that the White House is under scrutiny over whether it obstructed justice, while his aides struggled to deflect questions about the probe and Vice President Pence hired a private lawyer to handle fallout from investigations into Russian election meddling.

As I argued in spring 2016 (The World Financial Review, April 25, 2016), US election is a global risk and it would continue to be fought long after the Trump election win. In May, these political struggles moved to an entirely new phase. For months, top Republicans held off from backing tougher financial penalties against Russia in a bid to permit the Trump administration to improve the US-Russia relationship, which soured badly under the Obama administration.

But the backlash ensued. First, the Department of Justice (DOJ) dismissed James Comey, Director of the Federal Bureau of Investigation (FBI), reportedly only days after his request for increased resources to investigate Russia’s alleged interference in the election. A week later, DOJ appointed Robert Mueller, former director of the FBI (2001-13) as special counsel overseeing the investigation into alleged Russian interference in the 2016 election.

Mueller is unlikely to treat any Russian initiative – whether planned, unintended, alleged, or misrepresented – with silk gloves.

Both fired FBI Director Comey and special Russia-gate prosecutor Mueller have long histories as pliable political operatives, as ex-FBI official Coleen Rowley put it recently. “Mueller was chosen as Special Counsel not because he has integrity but because he will do what the powerful want him to do”, she says. It was Rowley’s 2002 memo to then-FBI Director Mueller that exposed the FBI’s pre-9/11 failures.

Indeed, there is little doubt about the political outcome of the investigation. Mueller is unlikely to treat any Russian initiative – whether planned, unintended, alleged, or misrepresented – with silk gloves.

In practice, Mueller seems more likely to go after Trump himself. Reportedly, he is already investigating Trump’s inner circle for “possible financial crimes” (Washington Post), “money laundering” and “financial payoff” from Russian officials (New York Times). Discrediting the messenger to distract attention from the message is the old practice by the “deep state”, say the critics.

After the dissolution of the Soviet Union in 1991, relations between Russia and the US remained generally warm until the US-inspired “shock therapy” caused Russia an economic nightmare that proved far worse than the Great Depression in the US. That’s also when three former Soviet satellites – Poland, Hungary and the Czech Republic – were invited to join the NATO. By mid-90s, Poland, Hungary, the Czech Republic, and the Baltic states were also ushered into NATO.

In 2001, President George W. Bush wanted to reset US Russia relations, until 9/11, unilateral foreign policy, US incursions into Afghanistan, withdrawal from the Anti-Ballistic Missile Treaty, and invasion of Iraq. Meanwhile, NATO began looking further eastward to Ukraine and Georgia, which Moscow saw as intrusions into its sphere of interest, along with US efforts to gain access to Central Asian oil and natural gas.

In his campaign trail, Trump spoke for friendlier relations with Russia. Meanwhile, FBI began investigating alleged connections between his aids and pro-Russian interests.

Like Clinton and Bush initially, President Obama wanted to reset US-Russia relations and by March 2010 both countries agreed to reduce their nuclear arsenals. The reset was not supported by Obama’s Secretary of State Hillary Clinton and subsequently rising tensions in Crimea were seized to bury the effort.

In his campaign trail, Trump spoke for friendlier relations with Russia. Meanwhile, FBI began investigating alleged connections between his aids and pro-Russian interests. In January 2017, Trump and Putin began phone conferences as the White House mulled lifting economic sanctions against Russia. But in February, Trump’s security adviser Michael Flynn was forced to resign. Only two months later, Secretary of State Tillerson said that US-Russia relations were at a new low point. The appointment of the special counsel was the last nail in the coffin.

In the coming months, those areas of the Trump agenda that require legislation (e.g. tax reforms) remain more vulnerable to constraints associated with the investigation. Whereas those areas of Trump’s agenda, which can be implemented mainly through executive action (e.g. trade policy), will be less exposed to such constraints. Finally, those areas of the agenda that are somewhere between executive and legislative action may prove easier to implement as well (e.g. sanctions).

In the final analysis, the effort at Trump’s impeachment rests on the Wolfowitz Doctrine, a highly controversial policy blueprint developed amid the end of the Cold War by Undersecretary of Defense for Policy Paul Wolfowitz, the prophet of the Bush neoconservatives, and his deputy Scooter Libby, later an adviser to Vice President Cheney until his indictment.

When in 1989, Soviet President Mikhail Gorbachev and US President George H. W. Bush declared the Cold War over, in exchange for “iron-clad guarantees” the NATO would not expand “one inch eastward”, neoconservatives began to push Eastern Europe in the US orbit. They were inspired by the Wolfowitz Doctrine that announced the US’s status as the world’s only remaining superpower, which cannot tolerate the “re-emergence of a new rival, either on the territory of the former Soviet Union or elsewhere that poses a threat on the order of that posed formerly by the Soviet Union”.

Since 2001, this doctrine has legitimised several wars in the Middle East, while undermining the efforts of post-Cold War presidents to reset relations with Russia.

Unlike his precursors, Trump is fighting back. He has established his “war room” within the White House to combat leaks, disclosures and the investigation about his associates and Russia. If necessary, the war room could go offensive, by steering spotlight to the Clintons’ gross abuse of public funds, the Democratic leadership, and suspicious deaths of several Democratic operatives who were hoping to testify against such abuses.

Historically, the appointment of special counsel has often been accompanied by unintended consequences and collateral damage. Unfortunately, what happens in Washington is not likely to stay in Washington. The repercussions will be global.

The original commentary was released by The Manila Times on June 19, 2017