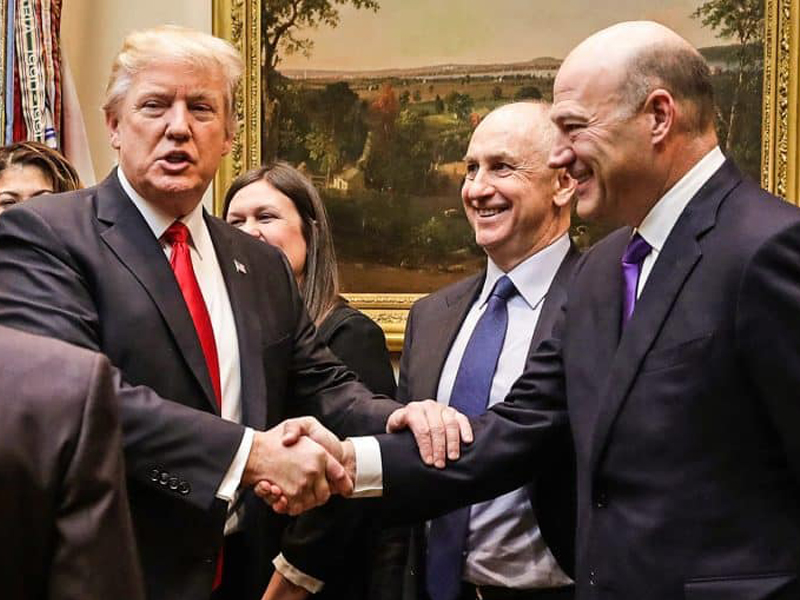 It seems that one of the agenda of the Trump administration is to make sure that the rich keeps getting richer, the poor stays where they are, while the middle class joins the latter. This is what the Trump-Goldman Sachs Tax Cut will ensure through the redistribution of wealth from the masses to the rich. Dr. Jack Rasmus’ analysis is a must read.

Trump has introduced his long awaited Tax Cut, estimated between $2.0 to $2.4 trillion. Like so many other distortions of the truth, Trump claimed his plan would benefit the middle class, not the rich – the latest in a long litany of lies by this president.

Contradicting Trump, the independent Tax Policy Center has estimated in just the first year half of the $2 trillion plus Trump cuts will go to the wealthiest 1% households that annually earn more than $730,000. That’s an immediate income windfall to the wealthiest 1% households of 8.5%, according to the Tax Policy Center. But that’s only in the first of ten years the cuts will be in effect. It gets worse over time.

When confronted with these facts on national TV this past Sunday, Trump’s Treasury Secretary, Steve Mnuchin, quickly backtracked and admitted he could not guarantee every middle class family would see a tax cut. Right. That’s because 15-17 million (12%) of US taxpaying households in the US will face a tax hike in the first year of the cuts. In the tenth and last year, “one in four middle class families would end up with higher taxes”.

Dr. Jack Rasmus is author of the just published book, “Central Bankers at the End of Their Ropes?: Monetary Policy and the Coming Depression”, Clarity Press, August 2017, and the previously  published “Looting Greece: A New Financial Imperialism Emerges”, October 2016, and “Systemic Fragility in the Global Economy”, January 2016, also by Clarity press. More information is available at Claritypress.com/Rasmus. For more analyses on the Trump and neoliberal taxation, listen to Dr. Rasmus’s Alternative Visions, on the Progressive Radio Network at http://alternativevisions.podbean.com. He blogs at jackrasmus.com and his website is http://kyklosproductions.com.