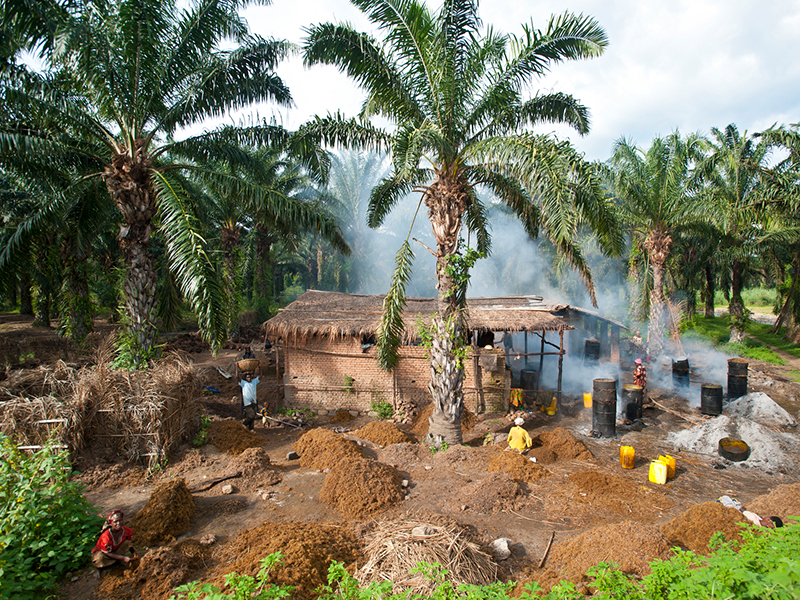 The rise of soybeans and oil palm in the tropics has attracted massive private and state investments, offering significant opportunities for tropical regions to develop their economies but often at the cost of clearing forests and savannas. This article discusses how the tropical oil crop revolution can provide better and more sustainable development.

Agricultural revolutions that transform global food systems and agricultural landscapes occur infrequently. Yet, since 1990 global production of oil crops in the developing world has almost tripled, expanding at a faster rate than cereals during the green revolution of 1965-85. Like the green revolution, this new revolution largely involves two crops – in this case, oil palm and soybeans – expanding mostly in the tropics. In a remarkably short time frame of about two decades soybeans and oil palm have become among the most important crops in world agriculture due to their contributions to food, feed, and fuel supplies. Their rise has taken place within a globalising world where the products of one region are consumed largely in another. Oil crops and their products now rank first (soybean products) and third (palm and palm kernel oil) in world agricultural trade with wheat products occupying second place.

Oil crops have attracted massive investments of private and state capital, opening up sparsely populated regions in the tropics and creating a host of dynamic industries in emerging economies, such as oil milling, intensive livestock, biodiesel, and oleo-chemicals. Most visibly, they have been among the major drivers of change in land use in the tropics, where their production has converted huge tracts of forest, savannah, and pastures into highly productive farmland, often at the cost of increased greenhouse emissions and loss of biodiversity.

Rosamond L. Naylor is the William Wrigley Professor of Earth Systems Science and the Director of the Center on Food Security and the Environment at Stanford University.

Their book, The Tropical Oil Crops Revolution: Food, feed, fuel and forests, was published by Oxford University Press in October, 2016.