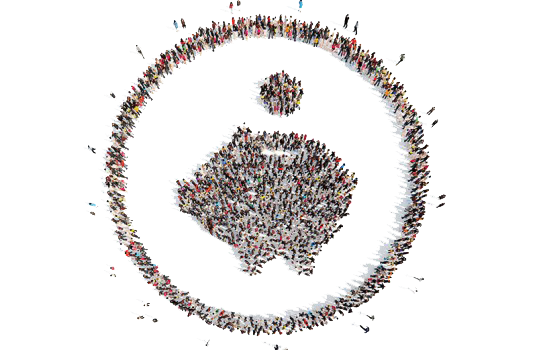 According to the Report produced by the Commission on the Measurement of Economic Performance and Social Progress, chaired by Joseph Stiglitz, it is acknowledged that “…GDP is an inadequate metric to gauge well-being over time particularly in its economic, environmental, and social dimensions, some aspects of which are often referred to as sustainability.” Since Ethical Finance, in the shape of ethical banks or responsible investments, clearly state their lending policy which is related with their mission, which in turn is associated with a set of values that go beyond shareholder maximisation profit, then one can see the ethical finance sector as a tool to promote the new well being defined above. In fact, ethical bank’s values are instead associated with the maximisation of society well being, since economic, social, environmental and cultural aspects are all taken into consideration in a transparent way. Therefore, this article argues that the main role of ethical finance in the 21st century is to be able to promote and improve local well being by providing finance to local entrepreneurs that are able to develop businesses with positive environmental and social impact.

Well Being in the 21st Century

The well being of nations has been associated with the wealth that a country is able to create. This wealth has been associated with “money, riches and world possessions”1, which has been translated into Gross Domestic Product (GDP) and Gross National Product (GNP). Nevertheless, it is becoming increasingly accepted today that GDP is not able to provide the real information about the genuine well being of populations. In fact in 1968 R.F. Kennedy, in his speech at Kansas University, already states such limitations, by arguing that GNP “…measures everything in short, except that which makes life worthwhile”, and that it does not include “…the health of our children, the quality of their education or the joy of their play. It does not include the beauty of our poetry or the strength of our marriages, the intelligence of our public debate or the integrity of our public officials”. Some economists might consider such sentences as romantic or utopic, and more appropriate to philosophical debates than to economic models and public policies developments. But finally it is possible to state that, 50 years after that speech, there is a growing number of economist and politicians that recognise the need “…to expand the concept of wealth to include human wealth, social wealth and natural or environmental wealth”.2

The recognition that economic models, economical and financial policies need to incorporate other factors than just stocks of capital and labour, is now recognised by the United Nations, European Commission and by some prominent names such as Joseph Stiglitz (winner of the 2001 Nobel economics prize), Amartya Sen (winner of the 1998 Nobel Prize for work on developing countries) and Jean-Paul Fitoussi (Professor of Economics at the Institut d’Etudes Politiques de Paris).