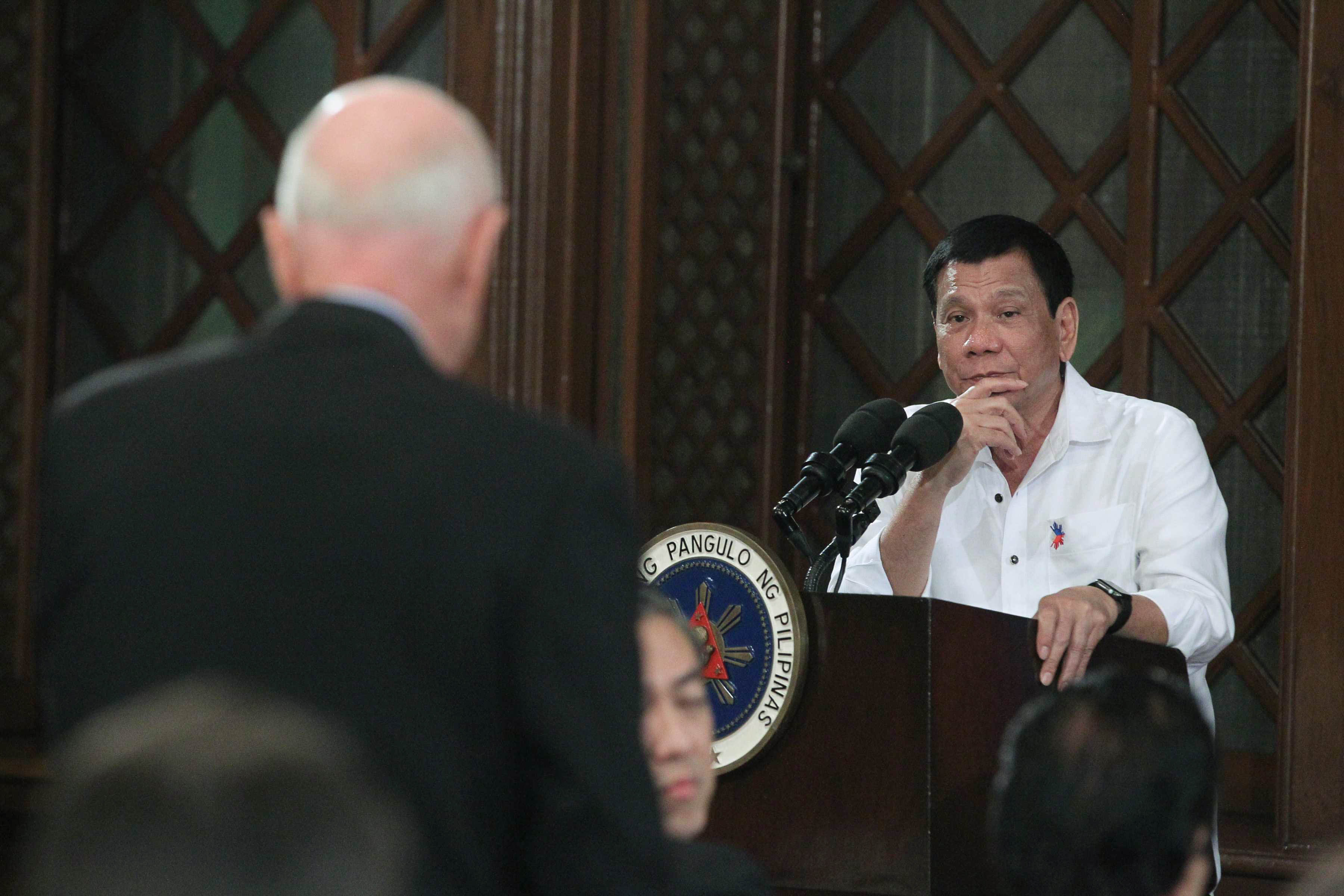 In the first quarter, the Philippine peso depreciated against the US dollar. Internationally, this was attributed to President Duterte’s policies. In reality, it has a lot to do with the expected US rate hikes. But there is a reason why misguided geopolitics now overshadows Philippines.

In the recent quarter, the Philippine peso depreciated by 0.88 percent against the US dollar. It was the only currency in Asia to do so. For the first time since 2009, the peso drifted to 50 per US dollar.

Much of international media attributed the fall to President Duterte and his “unlawful” policies. The number of such reports has increased since last fall and escalated through the spring, particularly in US-based media, including some of the largest global financial news hubs.

At best, these reports reflect an odd discrepancy between the fundamentals of the Philippine economy and the way it is portrayed internationally. At worst, they illustrate a gross misrepresentation of those fundamentals.

As the peso peaked at 50.40 in early March, international media saw the real culprit in President Duterte, who is “involved in unlawful killings and corruption”, as Bloomberg’s Ditas B. Lopez put it. The headline told the story: “Asia’s ugly duckling of the year is the Philippine peso, thanks to Duterte”.

Actually, this narrative did not start in early 2017 when the Philippine currency began to weaken against the US dollar. It did not reflect news; it proactively shaped news. It began already in September 2016 when peso was still 46 against the dollar. From January 2017 back to September 2016, the Bloomberg author’s Philippine stories included “Southeast Asia’s Worst-Performing Currency Is in for Another Tough Year”, “Philippine Peso Completes Worst Month in 16 Years”, “Duterte’s Peso Rout Runs Counter to the Booming Philippine Economy”, “Philippine Officials Seek to Soothe Investors Spooked by Duterte”.

Bloomberg was not alone. In the Barron’s (March 22, 2017), William Pesek’s headline tells the story: “Philippine peso’s troubles just beginning. The peso is down 8% and investors are dumping stocks amid doubts about Duterte’s economic agenda.” Here the peso is seen “buckling under the weight of a chaotic and distracted administration”, and “lots of body bags, more than 8,000 and counting”. The peso’s fall is attributed to “impeachment talk” (about Duterte). In the past investors, were “clamoring for peso assets thanks to predecessor President Aquino’s structural upgrade drive”.

Like many others, Barron’s mistook Aquino’s stated economic goals with his actual achievements. No questions are posed about the dramatic rise of the drug trade under Aquino’s watch, the complicity of public officials, and media silence about the drugs. Instead, marginal figures (Gary Alejano) with an anti-democratic mutineer record are presented as “opposition politicians”. Flawed drug wars statistics is quoted as accurate. Senator Leila de Lima is portrayed as a figure of integrity, despite her gross abuse of public office and funds, and cooperation with drug lords. And Vice President Robredo’s UN speech, which penalised her credibility, is presented as testimony of courage.

Most distressingly, most of these accounts are quiet about the alleged Goldberg plan – that is, the alleged regime change plan by the former US Philippines ambassador to replace Duterte – which advocated exploiting the Philippine public and private sector, along with international NGOs and international media, exactly in the way that these reports have done.

As the peso has depreciated against the US dollar, the Bangko Sentral (BSP) has put a positive spin to the story. In this narrative, the relative strength of the peso in the past plus lower inflation explains the currency stability.

In international media, the fall was compared with the alleged strength of the Japanese yen, Korean won and other currencies. Yet, comparing apples and oranges may not be useful. The peso is an emerging-economy currency; yen and won are advanced-economy currencies. In the latter, per capita incomes are five times higher than in the Philippines.

In Vietnam and Myanmar, per capita incomes are closer to those in the Philippines. In the past years, their currencies have also experienced strong depreciation. In contrast to the peso’s 25% fall, the Vietnamese dong has weakened over 35% since 2009 and Myanmar kyat 55% since 2012.

There is still another problem with the international media accounts about the peso’s fall. It did not happen under Duterte’s watch. Instead, it began in the middle of the Aquino era, with the Fed’s exit from quantitative easing and the first rate hike around 2013 and 2016. That’s when the peso fell from 41 to 48 per dollar.

Last year, the Philippine current account did shrink to 1%, while the trade deficit soared to a record $25 billion, and the peso depreciated accordingly. Nevertheless, Philippine exports are expected to recover while remittances and business process outsourcing revenues should remain robust.

The stability of the peso has not disappeared. In fact, in early April, when all Asian currencies took hits, the peso bucked the trend by rising on strong net inflows to the Philippines equity market. What this suggests is that investors are looking past the international media narrative and are instead focusing on the probable gains of the Duterte economic agenda.

As the Fed has exited QE and initiated tightening, US dollar hit its 14-year high last fall. It has been fuelled by rising government bond yields and the Fed’s anticipated hikes and expectations of Trump’s fiscal expansion via infrastructure stimulus.

What makes the peso trajectory harder to project vis-à-vis the US dollar is the uncertainty associated with the dollar. As the US must borrow ever more to finance its trade deficit, rising debt is pushing America deeper into the red. In the last quarter of 2016, foreign ownership of US debt outpaced US claims on foreigners by $8.4 trillion, which means a deficit that’s almost half of US GDP.

In contrast, the Philippines continues to enjoy significant long-term economic potential, even though – after months of misguided stories about the Philippine economy – international investors have been spooked by their own media.

As international focus lingers on political controversies associated with Manila’s regional rebalancing, the economic promise of the Duterte policies has been ignored. However, that’s not about economic fundamentals but about geopolitics.

The original version of this commentary was published by The Manila Times on April 17, 2017