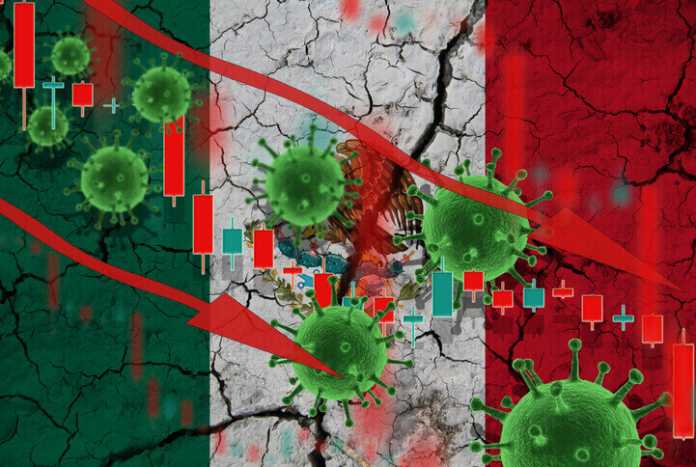 In Mexico City, it is now increasingly common to see UberEats drivers also delivering packages for Amazon. Such scenes represent the latest and crudest expression of how the gig economy operates today: an army of people forced to use every minute of their time to make the greatest possible number of trips in order to maximize their earnings.

Mexico has long relied on these types of workers. Before the pandemic, only 44% of the population (24.3 million) had formal jobs, while 56% (31 million) of workers were part of the informal economy. Then, in the second quarter of 2020, after the pandemic and ensuring lockdown, Mexico lost 2 million formal jobs and 5.4 million informal jobs. But gig workers like drivers and delivery persons did not have to stop working, and many of the thousands of people who lost their jobs found refuge in working for these apps.

Since gig workers are not considered employees, there is no reliable data regarding their numbers. However, some news sources claim that approximately half a million people are now gig workers and that number is likely growing by the day. Those who can are buying cars in order to work on these apps, exacerbating problems of mobility in cities. Today, groups of people – most of them men – can often be seen in cars, on motorcycles and bicycles, and on foot outside malls waiting for confirmation of an order or a trip.

Though these jobs have provided a pressure relief valve for the recession produced by Covid-19, they are the weakest link in the digital economy. These workers face a newly complicated situation created by the pandemic:  greater competition, lower income, and heightened risk of contagion. Technology has made these platforms an employment option for thousands, but at the cost of creating danger for the workers, the users, and the general public.

Gig workers who drive for ride-sharing apps and make deliveries have long been economically precarious.  According to a survey of working conditions for app-based delivery people, the average hourly profit is around 42 pesos (2 USD). The bottom 25% earn 26 pesos (1.2 USD) or less per hour and only the highest-earning quartile make 54 pesos (2.55 USD) an hour. (These figures do not consider the earnings of ride-share drivers, which are probably determined by other parameters that allow them to cover higher operating expenses).

And though workers are called “partners,” this is a euphemism to disguise their lack of rights. Workers must submit to the rules companies impose, which frequently lack clarity in everything from how earnings are calculated to the suspension or cancellation of their accounts to changes in their commissions.

Day-to-day, these workers face the risk of accidents and robbery with scant support. Additionally, female workers in this predominantly male field confront harassment and sexual aggression and have had to create WhatsApp groups to warn each other of potential dangers and share preventative strategies.

At the dawn of this gig economy, there was only Uber. In recent years, Cabify, Didi, and Beat have joined the scene, often charging lower commissions. The arrival of these new competitors has caused companies to eliminate safety requirements  – such as passing a driver’s test – for joining their platforms in an effort to maintain a broad base of partners.

And as the economic recession spurs more and more people to join these apps, the situation has worsened. Greater competition and pressure to earn more pushes app workers to constantly search for requests for deliveries or trips. A delivery person now typically has two or three delivery apps – such as UberEats, Rappi, Didi Food, and Corner Shop –  installed; drivers may use Uber, Cabify, Didi, or Beat. “They are entering more precisely because of this unemployment situation. It is something brutal,  the applications are already saturated, and the time will come when we have the same situation as in Argentina, where there will be more distributors than orders,” says one representative of a small group of delivery workers.

Yet more people joining the platforms lowers the quality of service and increases both personal risks and negative side effects for the broader community. Publications have reported on cases in which workers were run over, and then declared ineligible to work by their employer for failing to make deliveries. Increasing work means that app drivers are frequently so exhausted that they fall asleep at the wheel. Gig workers sometimes use the poor working conditions and high-risk environment as pretext to cut corners and not provide customers with the quality and safety companies promise. Reports of inappropriate behavior and hazardous situations produced by drivers are on the rise. A complaint from a woman who had to get out of a moving car because the driver didn’t follow her instructions or the path marked by the app was shared more than a million and a half times on Facebook and received more than 1,400 comments sharing similar situations.

Finally, with the pandemic raging, workers are also at high risk of contagion – both catching and spreading the disease – and receive no medical insurance from their employers. For instance, Uber reported on February 1 that it suspended 240 accounts due to a possible case of exposure in the capital that occurred 27 days before the first contagion in the country was confirmed. On July 2, the ride-share app Didi reported a record of 500 confirmed or quarantined cases.

These factors have created a dangerous situation. The pandemic has highlighted the fact that regulation is necessary to protect workers and the public during this crisis and beyond.

Currently, these companies enjoy nearly nonexistent regulation and pay almost no taxes. Platform partners file tax returns as independent workers and it was not until June 2020 that a legal reform to charge value-added tax (VAT) on digital platform transactions took effect. Some companies have passed this tax directly to the consumer, but are still obliged to enroll in the Federal Taxpayer Registry to report payment of VAT and income tax.

While this constitutes substantial progress, a huge regulatory challenge remains and much could still be done to make this growing gig economy safer. For example, regulatory agencies could demand access to company databases to act more quickly and decisively in response to reports of accidents or crimes and to clearly establish sanctions and responsibilities.

In the years ahead, worker organizations may offer a pathway to dignify gig work and gain recognition of a labor relationship with companies. Finally, awareness-building campaigns could be intensified to encourage customers to use services that maintain the best employment practices. Such actions show that, although this business model is here to stay, it is still possible to build a more just framework for this side of the digital economy.

The English version of this article was first published as part of the “Tech and Covid-19” series by the Heinrich Boell Foundation in Brussels, Hong Kong and Washington, DC.
Go to top
About the Author

Rodolfo Aguirre Reveles is Coordinator of Democracy and Human Rights at the Mexico City’s Heinrich-Böll-Stiftung Office. He has a degree in economics and master studies in International Business from the National Autonomous University of Mexico. He has worked by civil society organizations on public policy, human rights and impact of the Mexico-European Union Free Trade Agreement.