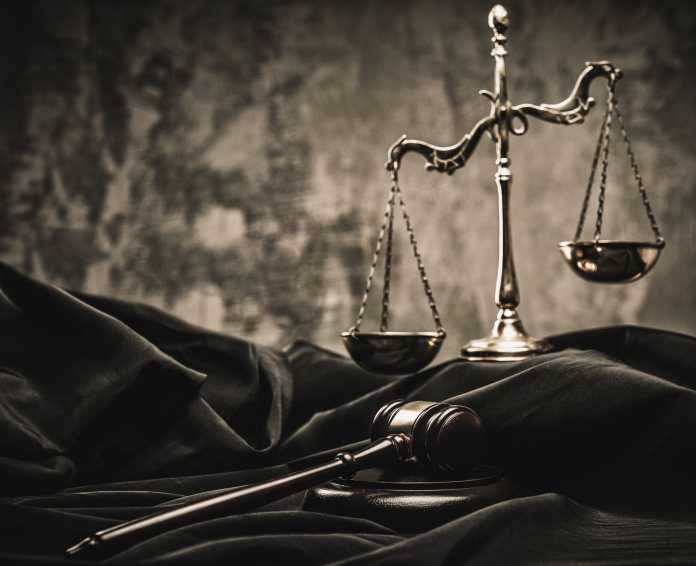 As businesses emerge into the post-pandemic world, insolvency proceedings offer practical solutions to businesses aiming to recover from the recent global economic fallout. These businesses hope to repay their debts, restructure and reorganize their assets, and generally manage their operations. While effective, insolvency-based solutions are often designed only to further domestic legal and policy goals and they do not perfectly interact with cross-border business relationships. This article draws upon the authors’ expertise in international dispute resolution to discuss the legal and practical challenges found at the intersection of insolvency proceedings and parallel international arbitration proceedings. These insights provide businesses and their insolvency advisers with a blueprint for managing competing concerns at a sensitive and unpredictable time in a business’s lifecycle.

COVID-19’s impact on public health and the global economy cannot be minimized. These days, many are returning to life governed by the “new normal,” a changed framework that dictates how each of us lives, learns, and conducts daily business. On the financial and business side, the “new normal” involves reassessing business viability. In steadily increasing numbers businesses are considering insolvency-based solutions. Recognizing this trend, in early May, Forbes released a “Coronavirus Bankruptcy Tracker,” which chronicles precisely such major filings by global corporations with at least 500 employees.[i] As of the date of this writing (on August 16, 2020), more than 125 corporations (many of them household names) appear on this list.

“Insolvency” is a catch all term for the state of simply being unable to pay money owed on time. This definition is adopted by the Uniform Commercial Code (UCC), which provides guidance for the commercial law of most U.S. states.[ii] In general, it includes two very distinct concepts: any proceedings that allow for orderly and collective liquidation for the benefit of creditors, and reorganization proceedings that allow a debtor to continue its existence following restructuring. Despite this broad range of covered activities, there are a few common themes. Insolvency-based solutions impact nearly all aspects of a business’s legal status and operations. Moreover, insolvency proceedings tend to be focused on and designed to address a business’s domestic activities (i.e., those with counterparties and creditors located in the same country as the insolvent business). But very little business unfolds strictly within national borders. Cross-border activity is key to the design and profitability of most successful businesses. Accordingly, insolvency proceedings must account for such cross-border activity when holistically considering a business’s future.

This article focuses on the interaction between a business’s insolvency administration and its pre-existing obligations under various cross-border business contracts. It particularly considers the interplay between bankruptcy proceedings and international arbitration proceedings that unfold in parallel. These insights provide businesses and their insolvency advisers with a blueprint for managing competing concerns at a sensitive and unpredictable time in a business’s lifecycle.

Dispute Resolution in an Internationalized World

While all parties hope that they will maintain long and fruitful relationships with their business partners, there is always a need to account for inevitable disputes. Sophisticated businesses often rely on carefully drafted choice of law clauses, which identify the law that would apply to any future dispute, and dispute resolution clauses, which designate how and where any future dispute would be resolved.

An overwhelming 99% of respondents said would recommend international arbitration to resolve cross-border disputes in the future.

A prime example of this tension is reflected in the saga between Elektrim SA, a Polish company, and Vivendi Universal SA, a French company. The companies had entered into two investment agreements with each other and a dispute emerged over ownership of shares in the largest telcom network in Poland. The disputes under the two agreements were brought to arbitration under their respective clauses. One agreement provided for arbitration in London under the rules of the London Court of International Arbitration (LCIA). The other provided for arbitration in Switzerland under the rules of the International Chamber of Commerce (ICC).

Before either dispute could be fully resolved by arbitration, in 2007, Elektrim filed for insolvency in Poland. Under Polish bankruptcy law, the arbitration agreements were considered invalid and the arbitrations were required to be discontinued. Further, the Warsaw court overseeing the insolvency proceedings revoked Elektrim’s powers of self-administration. Elektrim accordingly argued to both arbitral tribunals that they lacked jurisdiction and the arbitration proceedings should end. Yet, the arbitral tribunals maintained the discretion to determine their own jurisdiction under the principle of comptenz-competenz.

The LCIA arbitral tribunal determined that English law governed whether the arbitration should continue and decided that it would resolve the dispute, despite the guidance of Polish bankruptcy law. Meanwhile, the ICC tribunal determined that Polish law governed, it lacked jurisdiction, and the arbitration would be suspended. These contrasting arbitral decisions were reviewed by the U.K. and Swiss courts, respectively, and were upheld as valid.[iv] These dramatically different results, endorsed by sophisticated local courts, demonstrate the complex competing legal and policy implications of parallel insolvency and arbitration proceedings.

A further example of competing goals is provided by U.S. bankruptcy law. Chapter 15 of the U.S. bankruptcy law facilitates cross-border administration of insolvency proceedings and allows foreign representatives of a corporate bankruptcy proceeding to gain the cooperation of U.S. courts to access an insolvent business’s U.S. assets. Meanwhile, U.S. Chapter 11 bankruptcy proceedings are designed with broader domestic goals in mind and require a stay of other pending litigation and arbitrations to allow the bankruptcy court to fully administer and oversee all of a Chapter 11 debtor’s debts and assets.[v]

In a recent case, a New York bankruptcy court was faced with an argument that attempted to intermingle these mechanisms and their policy goals. The debtor argued that the existence of Chapter 15 proceedings triggered Chapter 11’s automatic stay requirement and parallel international arbitration proceedings in a different jurisdiction should be stayed.[vi] The court emphatically disagreed and explained that Chapter 11’s automatic stay feature did not have extraterritorial effect to “stay miscellaneous foreign litigation or arbitration proceedings having no meaningful nexus to property of the foreign debtor located in the [U.S.]”[vii]

These examples highlight the complex ways competing legal and policy considerations may lead to different results, depending on the applicable law and the objectives of the decisionmaker (whether it is a bankruptcy administrator seeking to redress all claims against the debtor, or the arbitral tribunal seeking to resolve a specific dispute under an agreed arbitration clause).

In a scenario where a party enters insolvency proceedings after an arbitration has concluded (but before the tribunal’s final decision, reflected in its award, is enforced or paid) different considerations emerge. Although, in general, statistics show that debtors of arbitral awards will often voluntarily comply with arbitral awards and pay their debts, the incentive for voluntary compliance is lower for an insolvent party. Where an insolvent party is in the process of being liquidated, ongoing business relationships or market reputation are no longer primary concerns.

If an arbitral award is filed with the insolvency trustee as a claim against the insolvent party, the award is only one debt among a long line of creditors, and creditors often compete to obtain a greater share of the insolvent party’s assets. The cross-border nature of an arbitration may also come into play as the trustee decides who to prioritize. This can involve the trustee considering whether the local law would view the foreign award as valid.

International arbitration seeks to provide parties with, among other things, a territorially neutral forum for resolution of a commercial dispute and an opportunity to exercise their autonomy (including the ability to choose the applicable procedure and law).

National insolvency laws are often designed to carry out uniquely domestic and often mandatory public policies for the benefit of debtors and creditors within that jurisdiction. In contrast, international arbitration seeks to provide parties with, among other things, a territorially neutral forum for resolution of a commercial dispute and an opportunity to exercise their autonomy (including the ability to choose the applicable procedure and law). In the post-pandemic world businesses are grappling with managing their business relationships, changed circumstances, and their personal long-term viability. These circumstances render the interplay between, and challenges of, these two divergent areas of law more sensitive. Businesses encountering these circumstances require thorough and sophisticated legal advice from both insolvency advisers and international dispute resolution specialists to successfully navigate the opportunities and landmines found among these competing priorities.

Kiran Nasir Gore is Counsel at the Law Offices of Charles H. Camp, P.C. Her expertise is in international dispute resolution, including advocacy before U.S. courts, commercial and investment arbitration tribunals, and investigative authorities. She also draws on her professional experiences as an educator at the George Washington University Law School and New York University’s Global Study Center in Washington, D.C.

[i] Hank Tucker, Coronavirus Bankruptcy Tracker: These Major Companies Are Failing Amid The Shutdown, Forbes (May 3, 2020), https://www.forbes.com/sites/hanktucker/2020/05/03/coronavirus-bankruptcy-tracker-these-major-companies-are-failing-amid-the-shutdown/#33c68fb23425 (last visited August 16, 2020).

How COVID Has Impacted the Online Gambling Market

Reasons for Applying for a Pre-Settlement Loan

How to Get No Medical Exam Life Insurance for Cancer Survivors

Consumer Claims That Companies May Face In The Pandemic Era

How Can Understanding Analytics Help You Do Better in Business

5 Simple Tips to Speed Up Your Business Computers

The Importance Of Bollinger Bands In FX Trading

Chief Revenue Officer: What They Do and Why You Should Hire One

Why should blockchain be regulated?

How COVID Has Impacted the Online Gambling Market