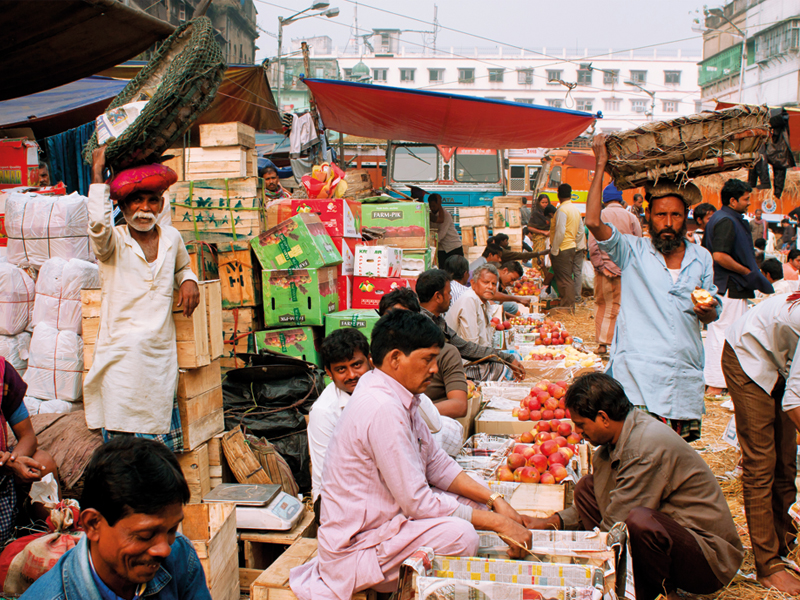 Based on the recent publication of Saumya Chakrabarti’s Inclusive Growth and Social Change: formal-informal-agrarian relation in India (2016) published by the Oxford University Press, the article offers a critique of the “inclusive growth” programme from the perspective of India’s non-agricultural informal sector.

It is widely recognised now, that India is one of the fastest growing countries of the world. Internationally, Indian economy is attracting huge attention for its growth stories. But, despite this prolonged growth process of over two decades a very large part of the Indian economy is suffering badly with acute under-employment and human-underdevelopment. Indian economy actually posits a paradox: while the macro-economy, at the surface, shows enormous agility and the “mainstream” economy is truly “shining”, there is an ever-growing problem of ballooning misery in the fields of petty agriculture and also in the non-farm informal sector. It is true that, with growth, some parts of the population is moving out of agriculture, but, these people are unable to get engaged in the remunerative formal/modern activities – the advanced manufacturing and services; contrarily, most of these migrants are compelled to throng the under-remunerative rural-urban informal sectors. Thus, instead of a so-called comprehensive transformation of the Indian economy towards an inclusive capitalistic environment, a deep “dualism” persists stubbornly and at times, it is even being reproduced and aggravated: along with growth and prosperity of the fortunate few a very large part of India goes on languishing.

In this very context, we posit our following critical analysis of the Indian non-agricultural informal sector. We start with the fundamental question: Is India able to achieve a growth process in which people, in different walks of life, feel that they too benefit significantly from the ongoing transformations?

India is huge in terms of its diversity and population. The formal sector consists of people working in large traded companies, incorporated or formally registered entities, corporations, modern factories, shopping malls, hotels, and large and modern businesses. On the other hand, the non-farm informal sector refers to economic activities such as owner manned petty/kirana stores, handicrafts and handloom workers, rural-urban petty traders, petty manufacturing and repairing etc. It is believed that the informal sector has a huge promise for the betterment of living standards for the people engaged in its different segments (especially when agriculture is reeling under deep crisis).

Indian economy actually posits a paradox: while the macro-economy, at the surface, shows enormous agility and the “mainstream” economy is truly “shining”, there is an ever-growing problem of ballooning misery in the fields of petty agriculture and also in the non-farm informal sector.

Is that so in reality? Our detailed empirical study projects rather a gloomy picture, especially for the overwhelmingly large rural-urban self-employment segments of the Indian informal sector. While the formal/modern sectors and the people associated with it are able to reap the benefits of globalisation and growth, the overwhelming majority of the informal sector population is found to be unable to gain out of these processes. While the volume of informality is ballooning, only the larger firms with better asset-positions and locational advantages are able to prosper; and contrarily, the vast segment of petty self-employment is found to suffer or even lose! These bare facts push us for a critical analysis of the Indian informality.

Saumya Chakrabarti is an Associate Professor of Economics at the Visva-Bharati (University), Santiniketan, India. He has also taught at St Xavier’s College, Kolkata; University of Calcutta; and at Presidency University. Dr. Chakrabarti has been a visiting fellow at Brown University, USA. He has published in journals like Cambridge Journal of Economics, Review of Radical Political Economics, International Critical Thought, Economic and Political Weekly, among others; and has written books published by Prentice Hall and Oxford University Press.

Daipayan Sarkar is a Graduate Student from the Economics Department, Presidency University, India. He has researched on the Indian informal sector in association with the first author.

Ankita Biswas is a Graduate Student from the Economics Department, Presidency University, India. She has researched on Indian economic development in association with the first author.

Sleep Deprivation and Job Performance: How to Improve Productivity with Proper Sleep

Thinking About A Career In Finance? Here’s Some Important Advice

Practical Reasons Why Your Business Needs a Mobile App

What is Shipping Insurance and How Does it Work

Ways to Get a Donated Car

Ways to Get a Donated Car