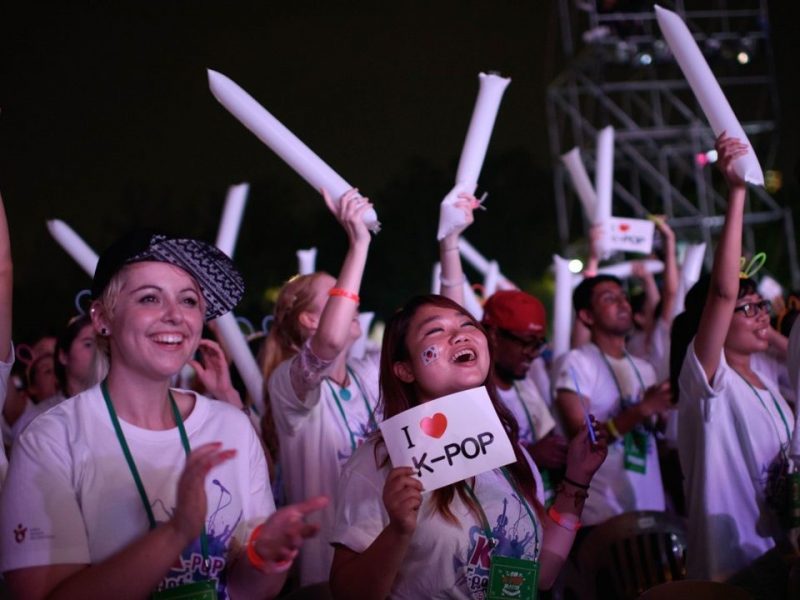 This article focusses on the success of the K-Pop industry, with a background on the industry itself, and how it can become a business strategy that international businesses can use.

BTS, EXO, TWICE and Seventeen are some of the biggest names in Korean Pop (K-Pop) music in the 21st century, and have brought fans worldwide into the world of Hallyu or Korean Wave. “Hallyu refers to the phenomenon of Korean popular culture, which came into vogue in Southeast Asia and Mainland China in late 1990s.”1 Anything that has to do with the consumption of Korean culture can be considered as Hallyu. This has taken different forms of entertainment and media such as dramas, movies, fashion, beauty and, the most popular, music.

In the perspective of an average Joe whose limited knowledge on Hallyu is prevalent, K-Pop would not seem like a big enough deal to read or know about. Hallyu in itself is a pop culture, since it has been widely accepted and supported internationally by people of any age. This vast amount of culture consumed by people worldwide through K-Pop creates a stable yet successful business structure among Korean entertainment companies; slowly taking advantage of the popularity of the culture itself.

2. Tucci, Sherry. “K-pop A to Z: A beginner’s dictionary” The Daily Dot

7. Wong. “How can Singapore.” https://www.straitstimes.com/business/takeaways-from-the-success-of-hallyu

8. “The Success of the K-Pop Industry.” The Asian Entrepreneur. http://www.asianentrepreneur.org/spread – k – pop – industry/