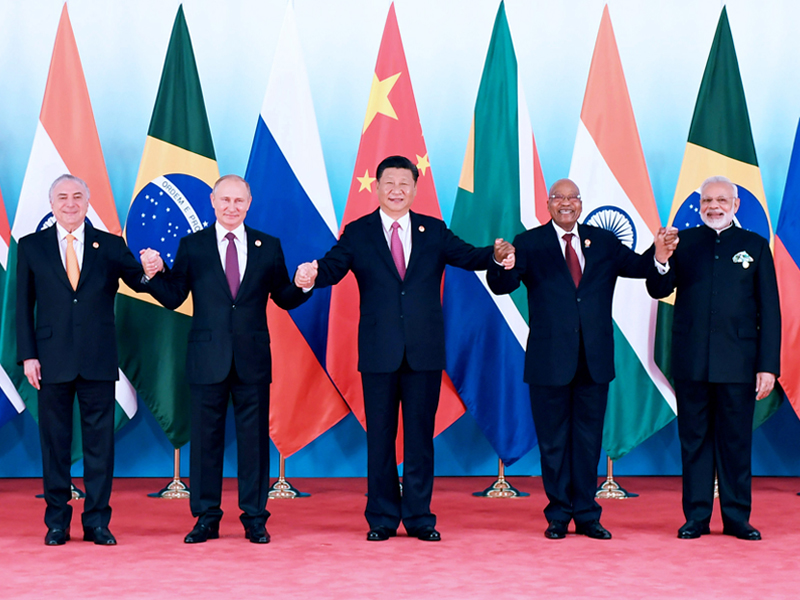 The BRICS Summit in Xiamen, Fujian province, signals the rising might of the large emerging economies, such as China, India, Russia, and Brazil. South Africa does not fulfil the criteria of a true BRIC economy – large population, strong growth record and catch-up potential – but it has historically played a key role in African governance.

As global economic prospects now look brighter in the major advanced economies, some observers believe their recovery will weaken the role of the BRICS in global economy and governance. But the realities are quite different.

China the Largest Economy by the Late 2020s

In 2000, China’s economy was barely a tenth of that of the US, whereas Japan’s GDP was still as large as the three largest European economies together: Germany, the UK and France. Brazil was struggling for stability, Russian economy had been crushed by US-led “reforms”, while change was only beginning in India.

By the early 2010s, the world economy looked very different. The US economy was still more than twice as big as that of China but Japan’s growth had been penalised by stagnation. Chancellor Merkel’s Germany and President Sarkozy’s France ruled over Europe. In Brazil, the Lula era brought about a dramatic catch-up. In India, growth had accelerated. In Russia, President Putin’s rule had multiplied the size of the economy by almost six-fold.

The US economy was still more than twice as big as that of China but Japan’s growth had been penalised by stagnation.

If China can stay on course, the size of its economy shall surpass that of the US by the late 2020s. Despite growth deceleration, which is normal after intensive industrialisation, China has strong growth potential until the 2030s, whereas US growth is slowing by maturing economy and aging demographics.

Should President Trump succeed in the plan to cut immigration by 50 percent, US productivity and growth would deteriorate significantly more. In Europe, the net effect of anti-immigration sentiment is likely to generate similar adverse damage.

By 2050, Chinese economy could be almost 50 percent bigger than its US counterpart, while the Indian economy may follow in the footprints and surpass America a few years later. Japan and the core EU economies follow far behind (Figure 1).