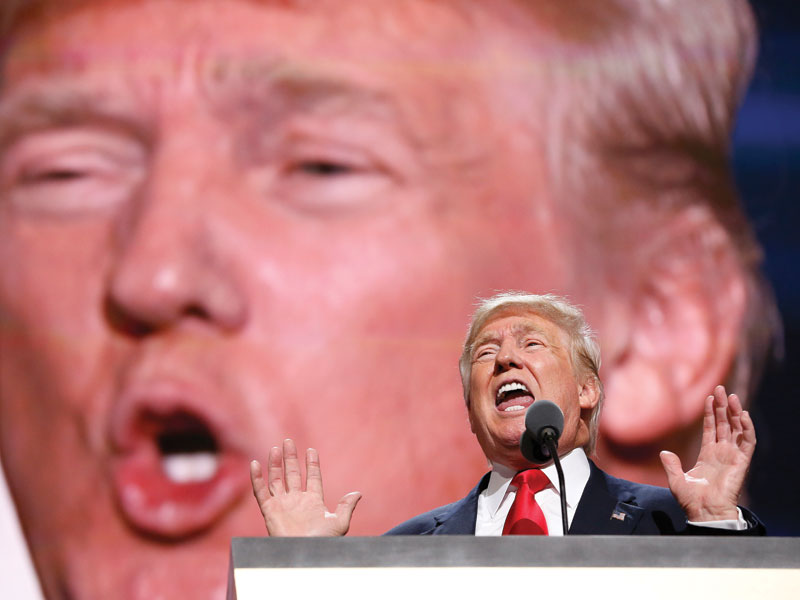 By William Hawes
I am pain. I am grief. I’m the things you fear
I’m the lie whispered in your ear
I’m the great Leviathan. I’m dominance and greed
You imagined me, so I was conceived.

– Meshuggah, “I Am Colossus”

Now that the election is over, massive amounts of citizens are finally beginning to understand the dangerous and growing divisions, the serious sickness in our society. The mainstream media makes it appear that the battle between those on the right and left will be fought mainly on issues of identity politics and the wider “culture wars”. This is nonsense, of course. While he is an ignorant bigot, soon-to-be President Trump’s real prerogative most likely isn’t antagonising minorities; rather, he is committed to propping up the neoliberal order at the expense of the entire world, just like Clinton.

The real fault line lies between those brave and imaginative enough to join hands and build new forms of peaceful, sustainable, non-coercive societies, and those flailing souls stuck believing in the obsolete, failed models of the past, victims of centuries’ worth of indoctrination. There are those who wish to remain slaves to capitalism, to bigotry and warfare, and those yearning to break free.

“Our political parties, as obsolete in structure as in ideology, seem so much like blurry mirror images of each other… All of them, while jockeying for power within it, are basically committed to preserving the dying industrial order.”¹

Basic logic, common decency, and journalistic integrity have vanished from mainstream news. The End of History has already occurred for them: there is nothing left to do but promote neoliberalism and praise Pax Americana: they simply cannot be bothered with those pesky things called facts. They are the public avatars of institutional stupidity, the journalistic epitomes of Why America Failed.

Are things really so bad? Is our industrial civilisation really at risk of collapsing? The answers have been in for some time now. Check out Limits to Growth, for starters. Here’s what another expert, the legendary Barry Commoner, had to say in 1971:

“My own judgment, based on the evidence now at hand, is that the present course of environmental degradation… represents a challenge to essential ecological systems that is so serious that, if continued, it will destroy the capability of the environment to support a reasonably civilised human society.”²

Therefore, the major divide in our culture is not between Democrats and Republicans: it is between those who understand our society must be reconstructed from the bottom-up, versus those who are content with the status quo, oblivious of the impending catastrophes to come.

There are more points in common with those who watch MSNBC and Fox News than differences. Both programs are slavishly devoted to globalisation, consumerism, to a culture of fear, to an ecocidal economic system, to endless war, to worldwide surveillance, towards structural racism, and ignore rising inequality as well as the international crimes of our leaders. There is more overlap between those who read Huffington Post and the New York Times, and those who read Breitbart and Drudge Report, than either side is comfortable acknowledging. The Anderson Coopers and Rachel Maddows, and the Limbaughs and Hannitys of the world are all far removed from any normative sense of morality, any depth of emotion, any compassion.

Basic logic, common decency, and journalistic integrity have vanished from mainstream news. The End of History has already occurred for them: there is nothing left to do but promote neoliberalism and praise Pax Americana: they simply cannot be bothered with those pesky things called facts. They are the public avatars of institutional stupidity, the journalistic epitomes of Why America Failed.

Both liberals and conservatives, citizens and elites alike, who are blinded by ideology, and who embrace this two party charade without criticism, are hopeless. Both mainstream Democrats and Republicans have been so propagandised and hypnotised by the six media conglomerates which control 90% of all outlets, that they are unaware of the true depths of their ignorance.

While watching the third presidential debate with family, I was rendered dumbstruck, shell-shocked. My mind wandered, flickered, buzzed, and I was reminded of Henry Miller’s words:

“Here all boundaries fade away and the world reveals itself for the mad slaughterhouse it is…the air is chill and stagnant, the language apocalyptic. Not an exit sign anywhere; no issue save death.”³

It wouldn’t be so bad if it were only US elections that were rigged: rigged in the sense of coercing the public into choosing the incompetent, criminal nominees Clinton and Trump. Instead, our whole economic system is rigged. That sucking sound you hear is the oligarchy and their sycophants, the globalisation gurus ensconced inside the Beltway, at the World Bank, IMF, WTO, etc., vacuuming up all profits in our country, and exploiting developing nations, using privatisations and austerity programs to rob whole continents for pennies on the dollar.

Both liberals and conservatives, citizens and elites alike, who are blinded by ideology, and who embrace this two party charade without criticism, are hopeless. Both mainstream Democrats and Republicans have been so propagandised and hypnotised by the six media conglomerates which control 90% of all outlets, that they are unaware of the true depths of their ignorance.

Moments of silence and reflection, of critical thought, of doubt and remorse, are hard to come by for global elites when busy frittering away hours at country clubs, on yachts, jet-setting to charity galas and government conferences which change nothing, hiding in mansions, cocooned and insulated in gated communities, with private security goons for added protection from the unwashed masses.

Not surprisingly, the information divide regarding US-approved planetary-scale special operations and proxy warfare, and the neoliberal assault on the poor and the Earth is shaping up along international lines. The line between fact and fiction is purposely blurred in US media, but worldwide, citizens have awoken and are fed up with the war-mongering and sanctimonious bullshit the US preaches about human rights and democracy.

Like the brave souls at Standing Rock, citizens across the globe will have to form progressive social movements on the ground using direct action. Grassroots solidarity with all nations and liberation from predatory capitalism and uneven globalisation must be at the centre of the agenda. Public initiatives for adult education in civics and the destructive nature of our neoliberal economic system should be encouraged.

Donald Trump is our president-elect and soon to be 45th president. Let that sink in. We’re in for a bumpy ride. Trump will not solve the structural problems in the domestic economy or in the realm of foreign policy. He won’t confront the deep state: his candidates for the Cabinet and his National Security team are already known as DC insiders, a veritable den of vipers. We have a spoiled, narcissistic, thin-skinned, sociopathic billionaire who can’t utter one coherent sentence, yet uses the media like putty in his hands.  His ultra-privileged WASP worldview, slavishly devoted to capitalism and personal fame, is a remnant of the dying world order.

We certainly live in interesting times. We would all do well to remember Gramsci’s warning: “The old world is dying, and the new world struggles to be born. Now is the time of monsters.”

This article was first published in Counterpunch on November 11, 2016

William Hawes is a Writer specialising in politics and environmental issues. His articles have appeared online at Global Research, Dissident Voice, CounterPunch, The World Financial Review, Gods & Radicals, and Countercurrents.org. He is author of the e-book Planetary Vision: Essays on Freedom and Empire. You can reach him at [email protected] 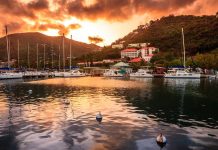 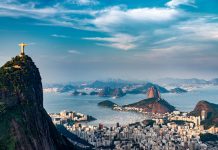