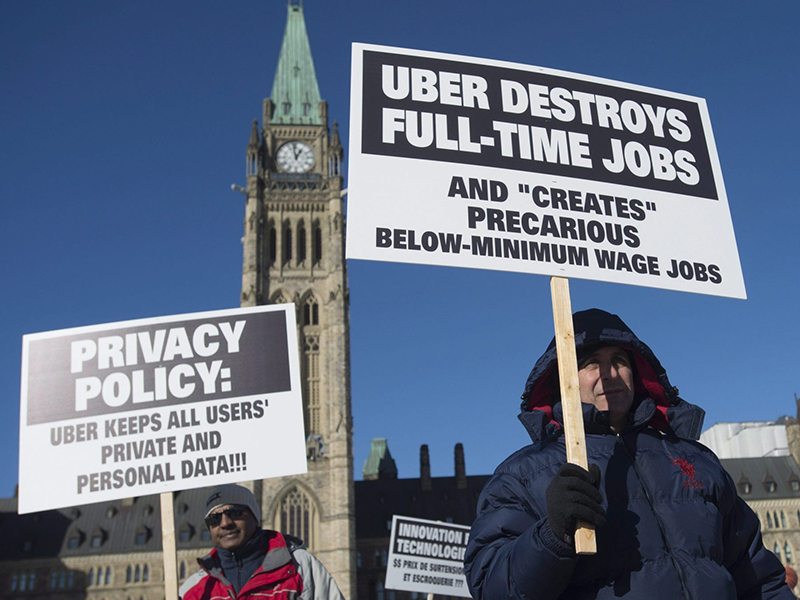 By Anthony A. Gabb

The author tracks key economic forces that have resulted in technological innovations which have given birth to the gig economy that is threatening job security, the gigzombie who is the alienated worker in the gig economy, and misguided anger directed at immigrants.

The gig economy is the future workplace where temporary, unstable employment is commonplace and companies tend toward hiring employees who are all but in name performing the work of permanent workers, but are denied permanent employee rights.

This article explains sweeping changes that have resulted in the gig economy and migration patterns. The gig economy is the future workplace, once associated with less industrialised countries in the 1970s, where temporary, unstable employment is commonplace and companies tend toward hiring employees who are all but in name performing the work of permanent workers, but are denied permanent employee rights. It undermines the traditional economy and will aggravate unemployment, poverty and immigration. The gigzombie is the alienated gig employee, whose vitality has been sapped by rapid technological advancements that are changing the nature of work and increasingly threatening job security. Mr. Doug Scfifter, a New York City livery driver, wrote before he recently killed himself in front of New York’s City Hall, the gig economy “is the new slavery…I am not a slave and I refuse to be one.”1

Since the end of the post WWII economic expansion in the 19702, capitalism has been struggling with slow growth and flat wages. The gig economy, which is driven by technological innovation, is a restructuring response to cut production costs and increase profits. It is not a solution for unemployment and forced migration, yet estimates show that the gig economy will soon account for more than one half of all jobs.3 Capitalism manufactures unemployment which is necessary for its existence. Immigrants are not the cause of unemployment and the gig economy is not the solution for unemployment; they are manifestations of the logic of this system.

Explaining the Underlying Economics Forces of the Sweeping Changes

To understand these sweeping changes in the U.S. and global economies and migration patterns, it is important to understand the economic forces that have brought us to this point. The best explanation of the economic forces that have brought us to this point is the Marxist theory of the accumulation of capital (wealth). The theory assumes that labor is the source of all wealth. The drive for profits gives rise to technological change. Labor and machines working together create more wealth.  However, in order to create more wealth, workers are displaced by machines, which tends to cause unemployment. When the number of displaced workers, plus the increase in population is greater than the number of jobs created, the result is the reserve army of the unemployed (mass unemployment), misery and impoverishment, which triggers migration to places where people think there are jobs. Immigration laws, which are anti-labor laws, are used to manage the ebb and flow of the global reserve army of unemployed, by opening or closing the immigration spigot to make cheap labor available.

To summarise, to cut labor costs and increase profits, capitalists replace workers with machines, thereby producing the reserve army of the unemployed (mass unemployment) which is necessary for its own existence. Capitalists control unemployed workers, who are forced to accept lower wages and poor working conditions. As they move into and out of the workforce, they are used as a lever to discipline the employed to do the same, thereby destroying unions and depressing wages, making it easy to lay off workers without notice and replacing them with gigzombies (temporary and part-time employees), destroying the safety net, and keeping production costs down. In this respect, unemployed workers are as necessary as employed workers for the existence of capitalism. In proportion as wealth increases, unemployment rises, and the levels of unemployment, torment, ignorance and poverty grow. Capitalism is unable to create enough jobs for everyone who wants to work; it manufactures and uses the army of the unemployed, a necessary outcome of the accumulation of wealth, as a tool to perpetuate its own existence, by pitting employed and unemployed workers and native and immigrant workers against one other, making them compete for a limited number of jobs.

Anthony Gabb, Ph.D. is Associate Professor of economics at St. John’s University, New York. He has delivered and published dozens of papers, a book chapter and a book review. His most recent work, Financial Oligarchy Feudal Aristocracy, was published by The World Financial Review.  His work has appeared in The New York Times, Corriere della Sera, and he has appeared on Chanel 1 New York.

2.Robert Gordon, The Rise and Fall of American Growth: The U.S. Standard of Living Since the Civil War, The Princeton Economic Series of the Western World, 2016