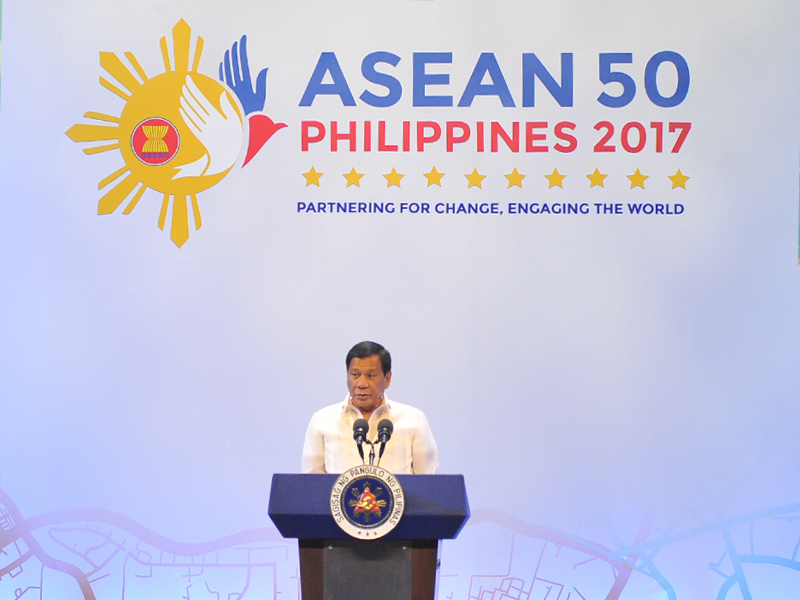 The important role of ASEAN in regional security has already been realised by the world, particularly by the United States. Vannarith Chheang emphasises that more than regional security, the US must recognise ASEAN’s crucial role in the economic realm.

ASEAN member countries are concerned about US’s commitment in Asia amid changing global geopolitics. The US is reorienting its foreign policy by focusing more narrowly on the American interest under the motto “America First”– which is characterised by transactionalism, unilateralism, and bilateralism.

The US’s decision to withdraw from the Trans-Pacific Partnership (TPP) creates a wave of economic and strategic uncertainty across Asia. This also largely affects strategic credibility and moral legitimacy of the US.

Without clear strategy and concrete action plans towards Asia, particularly ASEAN, the US will lose its strategic leverage and influence in the region, which in turn will hurt the US’s core regional interests.

There are signs of relief after the visit by Vice-President Mike Pence to Indonesia and the ASEAN Secretariat to reassure ASEAN that the US remains committed to the region. Pence also confirmed that President Donald Trump will attend East Asia Summit (EAS) and ASEAN-US Summit in November.

Trump called the Philippine President in capacity as the chair of ASEAN after the 30th ASEAN Summit in Manila on April 30 to seek diplomatic support from this regional body in pressuring North Korea to give up its nuclear weapons peacefully.

Vannarith Chheang is a Visiting Fellow at ISEAS-Yusof Ishak Institute in Singapore. He is also a Co-Founder and Chairman of the Advisory Board of the Cambodian Institute for Strategic Studies (CISS) based in Phnom Penh. His research interest focuses on International Relations in the Asia Pacific region.