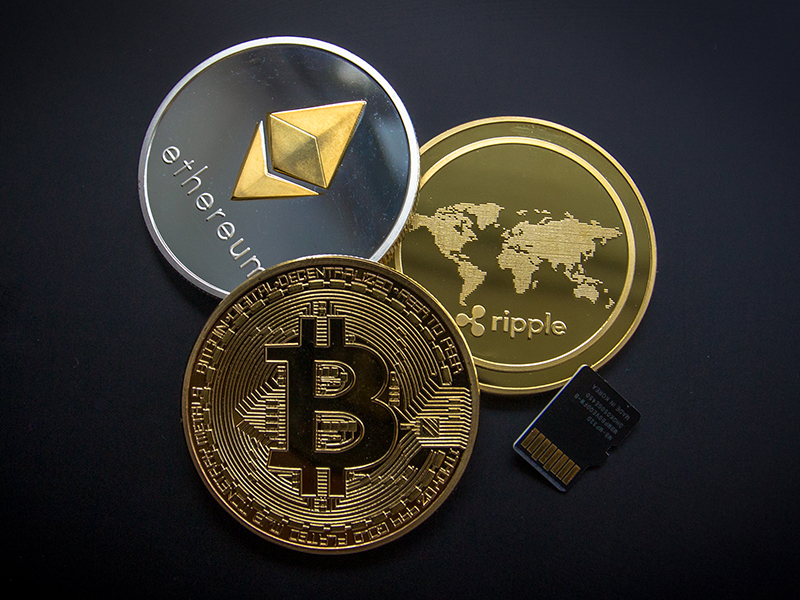 Bitcoin exploded into headlines and investment portfolios in 2017, and rightly so. Business Insider reports that the world’s first and largest cryptocurrency today started the year at a value of just under $1,000 and skyrocketed to $14,500 by December 29 – a rise that equates to 1,300%.

This stunning growth has taken financial markets, governments, and the rest of the world by storm. Just five years ago very few could have predicted that Bitcoin will be a household term, in the same way that not a lot of people could have foreseen just how powerfully big data, social media, and artificial intelligence would reshape our world.

The Bitcoin frenzy may have died down a bit, but the cryptocurrency continues to hover at a strong US$8,450 as the overall cryptocurrency market eyes an impressive US$350 billion market cap. However, as amazingly futuristic these numbers and pieces of technology are, this is still – mind-blowingly, excitingly, decidedly – just the beginning.

Being a relatively new phenomenon, Bitcoin has yet to find a place in the larger established frameworks that govern financial exchanges. This is the same for the hundreds of cryptocurrencies on the market, and governments across the globe are still working to better understand how cryptocurrencies work and how best to regulate their use. The global debate not only revolves around the legality of Bitcoin and other cryptocurrencies, but also on matters such as taxability, regulation, and monitoring of mining activities, among many other vectors for use. Bitcoin prices are known to fluctuate according to different government decisions on their legality, which can vary and change sporadically.

In China, private individuals can hold and trade Bitcoins, but financial firms cannot. Meanwhile, Northern America is one of the friendliest regions for Bitcoin, and is home to 2,442 Bitcoin merchants.

For instance, in countries like Indonesia and Vietnam, it is legal to hold and trade Bitcoin, but illegal to use it as payment for goods and services. In China, private individuals can hold and trade Bitcoins, but financial firms cannot. Meanwhile, Northern America is one of the friendliest regions for Bitcoin, and is home to 2,442 Bitcoin merchants. Although Bitcoin is not officially recognized as legal tender in the US or Canada, they are still very much accepted on financial markets. European countries are also open to Bitcoin, being home to 2,060 Bitcoin merchants.

On the far end of the spectrum, other countries have banned or outlawed Bitcoin altogether. Bolivia has fined and even arrested some individuals over use of the cryptocurrency since 2014, while the Indian central bank has rejected cryptocurrencies in general.

Still others, which form the majority, have no current strong policies to govern Bitcoin use, but will likely begin development for them in the near future. Expect that even more European countries will have stronger stances on Bitcoin use and regulation, while countries like China and Korea will have larger crackdowns on Bitcoin mining.

A growing array of trading opportunities

One of the ways the market is already doing this is in Bitcoin spreads, which Nadex explains would allow investors to track and profit off of Bitcoin without actually owning them. This works by allowing investors to trade the price of cryptocurrency, which jives well with Bitcoin’s high volatility.

Meanwhile, Bitcoin exchange traded funds (ETFs) are getting more popular as a cheaper way to invest in and trade Bitcoin.

Meanwhile, Bitcoin exchange traded funds (ETFs) are getting more popular as a cheaper way to invest in and trade Bitcoin. Like any other kind of ETF, Bitcoin ETFs are marketable assets that can profit from tracking indices, where stakeholders can have a specific percentage.

Last but not least are Bitcoin stocks, which are smaller companies that invested into Bitcoin that offer dividends to shareholders. These come with risks, but have a looser correlation to Bitcoin price movements than the other Bitcoin-related investments.

In conclusion, there is much and more to be expected from Bitcoin and other cryptocurrencies in terms of investment opportunities and government policy. With billions at stake, it is likely that Bitcoin’s wild journey will get even more exciting.

About the Author
John Christopher Norwood is a Florida-based financial advisor and writer with a passion for all things crypto. When he’s not in front of a laptop talking with clients or typing away about the latest in cryptocurrency, John likes playing soccer and hanging out by the beach with his wife and three dogs.