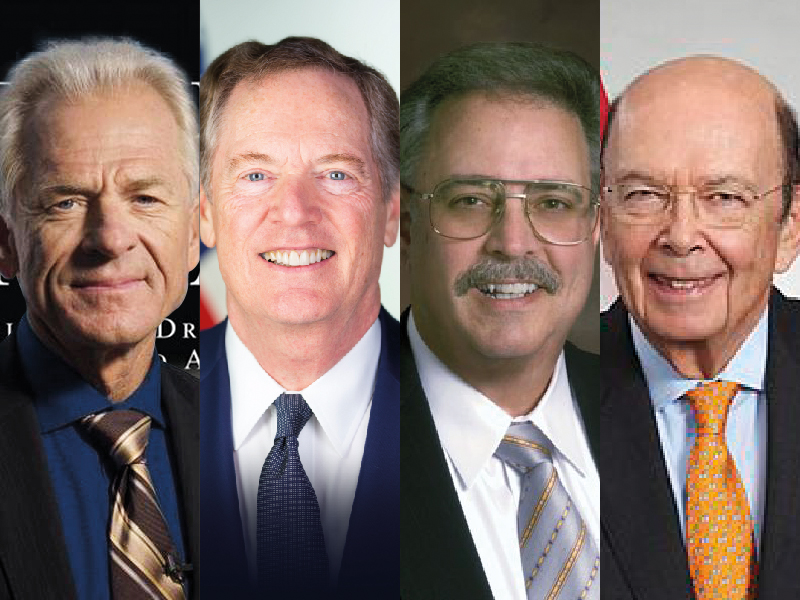 In just a few months, the Trump administration has undermined more than seven decades of U.S. free trade legacies. Who are the policymakers behind this reversal? What is their agenda? And why is steel their common denominator?

Recently, the Trump administration hammered a revised North American Free Trade Agreement (NAFTA) by pressuring Mexico and then strong-arming Canada to the tentative deal. The White House’s objective is either to redefine the terms on the basis of U.S. economic leverage and unipolar geopolitics or – if that is not acceptable to other parties – to withdraw the U.S. from such FTAs. It is not “either you are with us or against us,” as in the Bush years, but “America First – or nothing.”

Today, Trump’s tariff wars are led by Peter Navarro, Director of Trade and Industrial Policy, and Director of the White House National Trade Council, as well as his ally and Trump trade advisor Dan DiMicco, former CEO of the U.S. steel giant Nucor.

It is not “either you are with us or against us,” as in the Bush years, but “America First – or nothing.”

The two are supported by Robert Lighthizer, U.S. Trade Representative and former Reagan administration trade hawk, and Secretary of Commerce Wilbur Ross, a bankruptcy expert who made his fortune from restructured and offshored U.S. jobs.

After Tillerson lost his job and particularly when the tree-trader Cohn resigned, things changed. Cohn’s Goldman Sachs companion Mnuchin proved weak, and Ross leans on winners, regardless of the cause. As free-traders were out, protectionists stepped in. That was more in line with Trump’s 2016 campaign promises, when he threatened to use 35% – 45% import tariffs against nations that have a significant trade surplus with the U.S.

[1] Once again,Navarro turned to Nucor, but he wanted the deal done through Utility Consumers’ Action Network (UCAN), a San Diego non-profit, led by his friend Michael Shames. So, UCAN deposited Nucor’s checks to Navarro’s production company. Perhaps the hope was that this would be easier to explain to Nucor’s shareholders. In February 2012, UCAN, Navarro’s production company, Navarro and his wife were subpoenaed by an FBI agent to testify before a federal grand jury, due to suspected financial irregularities. Soon thereafter UCAN was charged for document destruction. By fall 2012 Shames was replaced. But the debacle is not over. The following year, UCAN and Shames sued each other.

[2] In Inside Job (2010), the Oscar-winning documentary on the 2008 Great Recession, Hubbard was questioned on his support for deregulation, lucrative consulting, and conflict of interest. Hubbard was dean of Columbia’s School of Business and formerly deputy assistant secretary at the US Treasury (1991-93), chairman of the Council of Economic Advisors (2001-2003).

[3] The Coalition promotes a harder line against China. It represents agriculture, manufacturing and organized labor associations and small exporters. In turn, the American Jobs Alliance is dedicated to fostering U.S. system of free enterprise. The leaders of these two organizations are well-known trade hawks and include a former commissioner of U.S.-China Economic and Security Commission, president of Economic Strategy Institute, Ross Perot’s economic advisor, and Reform Party candidates.

[4] Just months before his successor John Ferriola took over as the CEO in January 2013, DiMicco still bought the $605 million Skyline Steel, which boosted Nucor’s price to almost $45 thus making his departure look a bit more respectable.