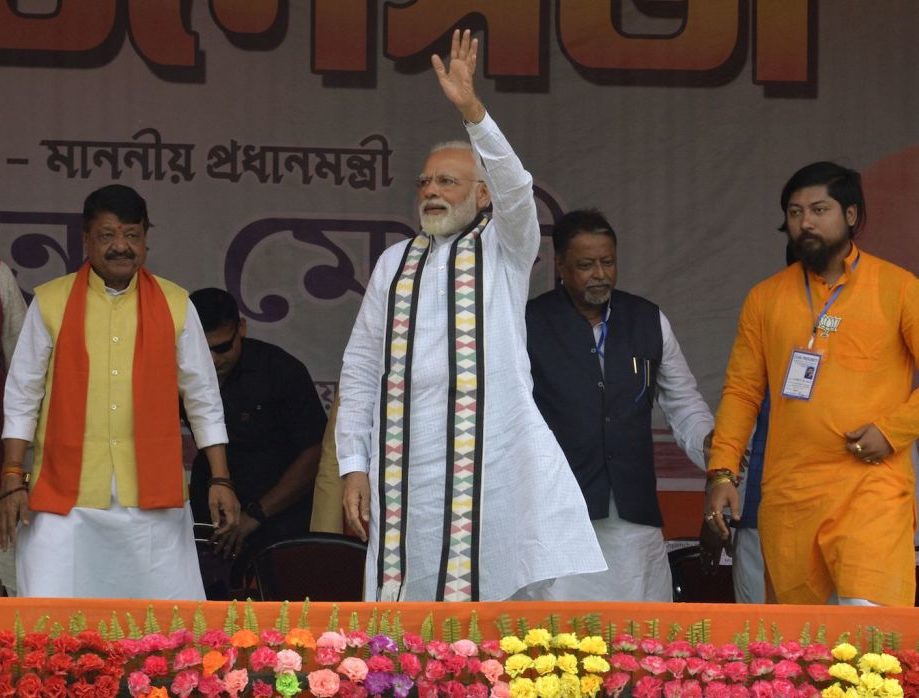 In this article, the author examines the economic performance of Modi’s government, which came to power in 2014, and also analyses the politics of the Hindu Right, especially since the BJP (Bharatiya Janata Party) gained a majority in the last parliamentary election in India.

The BJP came to power in 2014 because it projected an image of a party that would address the economic difficulties of the people, such as the rising unemployment, the severe problems in the agricultural sector, and rising inequality. However, in the subsequent five years, these problems remained; the promise of creating jobs remains unfulfilled, and the problems in the agricultural sector have actually deepened. These issues were further compounded by demonetisation and the hurriedly implemented GST (goods and services tax), both of which occurred at enormous cost to the common people. Rather than resolving the problems people faced, and indeed still face, the BJP government has been frantically attempting to divert attention from these economic issues by stirring up a nationalist frenzy and religious bigotry.

Politically, Modi’s government is now much more aggressive in the sense of reinforcing ‘Hindutva’ project, and has thus hardened attitudes towards minorities compared to Vajpayee’s previous BJP government. This was due to the BJP’s improved performance in the last election, and the fact that it now holds a large majority in the Indian parliament. This was not previously the case, as under Prime Minister Vajpayee (1998-2004), the BJP was only a minority government, who consequently needed to accommodate the smaller parties in order to remain in power. For this reason, Vajpayee image was projected as one of a soft democrat, accommodative and less aggressive; however, this was purely due to the then prevalent political circumstances. At present, the RSS/BJP leadership is more confident of its position, which is why the RSS (Rashtriya Swayamsevak Sangh) leader, Mohan Bhagwat, is currently more aggressive in terms of propagating, and adherence to, Hindutva than his predecessors.

Rather than resolving the problems people faced, and indeed still face, the BJP government has been frantically attempting to divert attention from these economic issues by stirring up a nationalist frenzy and religious bigotry.

The BJP’s anti-minority policy seems to hold immense appeal to educated upper-middle class Indians, including professionals. At present, all the top constitutional functionaries in India, such as the President, Vice President, Speaker, Prime Minister and the majority of the BJP ruling state’s Chief Minsters, have been members and functionaries of the RSS. The media, with very few exceptions, is also complicit in its tacit support of the Hindutva camp.

This narrow RSS/BJP narrative about history and minorities is even being forced upon school children through the teaching in thousands of primary schools run by the RSS. The Modi government has clearly been involved in the systematic destruction of various institutions, especially public universities and higher academic institutions, where the majority of the top administrative posts have subsequently been filled by people who have been either functionaries of the RSS or are sympathetic to the organisation. Any academic pursuing a course of true critical thinking is charged as being “anti-national”. The RSS has repeatedly called for a ‘strong state’ and the control of the media, and indeed this has been a major part of the RSS’s strategy in recent years. RSS members have been appearing on the prime-time shows on all major Indian TV channels.

Indian capitalists see in the Modi-led BJP government a disciplined and authoritarian regime, and one which would implement neoliberalism and keep the workers in control, while workers and farmers are currently deeply disappointed with today’s economic policy. This has become apparent through a series of demonstrations in India’s major cities by trade unions and farmers that have taken place over recent months. Modi is facing a crisis of credibility in terms of his much-vaunted ability to deliver on either investment or jobs.

The BJP government claims that the Indian economy has experienced rapid growth in the last five years, which is blatantly incorrect. The claimed GDP figures have been incorrectly calculated through the use of poor data sources and due to methodological change in the calculations. This has enabled the present government to suggest that the Indian economy has performed better during the current term of government (2014-18). There is a lack of correspondence between other crucial developmental indicators, such as agricultural and industrial production and figures on investment and capital formation and trade.

In India, public education and health are the worst hit under neoliberalism. Education spending by the central government has decreased from 6.15% in 2015 to 3.71% in 2018. The government is allowing the Higher Education Financing Agency to allow the private sector to dominate the education sector, which will make higher education a distant dream for the poor sections of the society. Similarly, in the health sector, the government has chosen private insurance companies and private healthcare lobbies as its partners, leaving the poor at the mercy of market forces and profiteers.

The BJP government claims that the Indian economy has experienced rapid growth in the last five years, which is blatantly incorrect.

Growth in the industrial sector was 6.7% in 1980-1990,5 and while it slowed down somewhat in the post-reform period (1991-2017), the secondary sector still grew at an average of 5.7% annually. The past decades in India appear to have witnessed inadequate diversification of India’s production structure away from agriculture and into manufacturing3 and somewhat premature rapid diversification into the service sector.2

However, since neoliberal reforms were undertaken in 1991, the agriculture sector hardly saw any benefits and, during this period, its growth rates were negligible. The pursuit of neoliberal economic policies has led to the withdrawal of the state role in assisting farmers in particular and the rural sector in general, and is instead promoting the interests of global financial capital, with which the Indian corporate capital is closely integrated.3 Despite the fact that the majority of the country’s population has not witnessed any improvement in its living conditions, the government nevertheless celebrates this as a “great achievement” 4. On this account, the statistics reveal that half of India’s population has witnessed stagnation in its real per capita income.

1. Sen, A. 2018. “India Has Taken a Quantum Jump in the Wrong Direction after 2014”, Business Standard 9 July. https://www.business-standard.com/article/current-affairs/lack-of-attention-on-education-health-magnified-in-modi-rule-amartya-sen-118070800113_1.html

2. Siddiqui, K. 2018a. “The Political Economy of India’s Economic Changes since the last Century” Argumenta Oeconomica Cracoviensia No.19. pp. 103-132.

8. Siddiqui, K. 2017b. “The Bolshevik Revolution and the Collapse of the Colonial System in India”, International Critical Thought 7(3): 418-437. Routledge Taylor & Francis.

9. Siddiqui, K. 2016. “Will the Growth of the BRICs Cause a Shift in the Global Balance of Economic Power in the 21st Century?” International Journal of Political Economy 45(4): 315-338, Routledge Taylor & Francis.