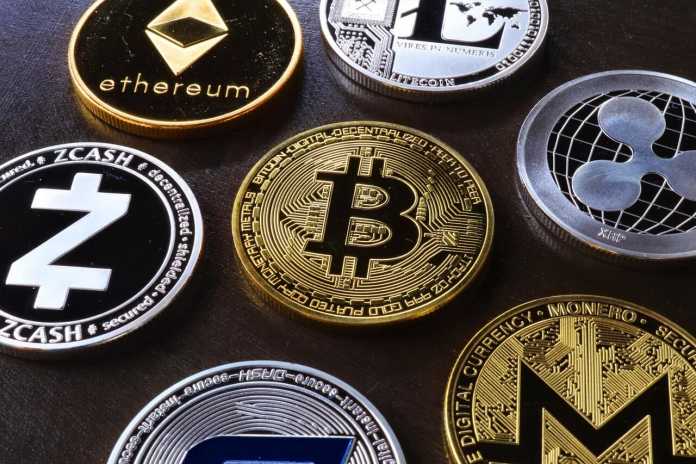 It’s hard to be oblivious to cryptocurrency nowadays. It’s talked about too often to be something that flies under your radar.

However, while you may well be familiar with it, that doesn’t mean you know about all the different cryptocurrencies out there. After all, there are now over 4,000 in circulation.

While you don’t need to be intimately aware of each one, there are a fair few that you shouldn’t overlook. Knowing about them can prove hugely beneficial because these are the most profitable and successful online currencies available. If you’re going to start buying, mining, trading, etc., these are the six currencies you’ll probably want to focus your attention on.

When it comes to cryptocurrencies, none are as popular as Bitcoin. Created in 2009, it was the first of its kind, which likely explains why it’s the go-to for anyone dealing with these digital assets.

Currently considered an acceptable form of payment with over 15,000 businesses, Bitcoin is cryptocurrency’s best chance of breaking into the mainstream. It helps that it keeps soaring to new heights, with its value rising to over $60,000 (£43,500) in March. Obviously, these peaks aren’t always consistent, with the currency also recording some devastating lows over the last decade. However, it’s always bounced back and continued to soar ever higher.

With Bitcoin being the most popular of all cryptocurrencies, you might think it would be difficult to get hold of. After all, there are already over 18.5 million tokens out there, with the capped limit set at 21 million. Plus, given how high its price has risen in the past, it’s not the most affordable currency online.

However, through communities like Traders Of Crypto, you can actually find a lot of free Bitcoins. Their guide has all the information you need to start building up a portfolio without having to break the bank, which is great for any newbies out there. Although getting free cryptocurrency just from playing games or signing up for something might seem too good to be true, it’s a very real way to get you started with Bitcoin.

Ethereum is another relatively well-known cryptocurrency, but unlike Bitcoin, its purpose is a little different. Rather than being designed to use as a digital currency, it’s more focused on decentralising applications. Essentially, it wants to give power back to app creators by cutting out the middleman in the way that blockchain technology does so well.

Obviously, Ethereum does still work as a currency and can be used by people to make purchases. However, it stands out from the likes of Bitcoin by being programmable, meaning it serves far greater purposes than the standard cryptocurrency. Plus, the fact that it’s targeted at absolutely everyone, regardless of background, gives it an appeal that not all its competitors can provide.

Since its inception in 2015, its value has nearly risen as high as $1900 (£1,380), with the price increasing significantly towards the end of 2020. While that doesn’t quite make it equal with Bitcoin, not by a long shot, it’s still one of the more valuable cryptocurrencies available.

Introduced as an alternative to Bitcoin, Litecoin has been steadily making its mark over the last decade. Since 2011, it’s established itself on almost every crypto exchange, with this currency available to use for pretty much all the same purposes.

In some ways, Litecoin and Bitcoin are the same. After all, the developer used Bitcoin’s core code to create Litecoin. That’s why they share similar properties, such as both utilising blockchain technology to ensure decentralisation.

However, Litecoin was developed as an alternative to Bitcoin, so there are differences between the two. That includes a faster block approval time, with the newer currency four times faster than its predecessor. This allows for more mining of Litecoin to be done, with the 21 million cap on Bitcoin quadrupled to 84 million for this other cryptocurrency.

While more Litecoin might be available to mine, though, its value is nowhere near the same. Its current peak stands just shy of $240 (£175), which it hit back in February. Whether it will exceed that price anytime soon is hard to say, especially given it suffered some devastating lows over the last few years.

Those new to cryptocurrency might not realise that Bitcoin and Bitcoin Cash are two different currencies. However, that is absolutely the case, with the latter only coming about in 2017.

Bitcoin Cash was established following a dispute over the original currency. Developers and miners couldn’t reach a consensus, so the currency was split to try and please everyone. While Bitcoin remained the same, Bitcoin Cash was developed to enact the changes that couldn’t be agreed upon. This mainly entailed scaling up the size of blocks from 1 megabyte to 8 megabytes so that transactions would be quicker.

Unlike the currency it was built off of, Bitcoin Cash has yet to amass a five-figure value. Although it got off to a strong start, peaking with a value of around $2,350 (£1,700), it suffered a significant decline and has only recently started recovering. Evidently, its association with Bitcoin made it a hot commodity back in 2017, but it couldn’t sustain interest for very long.

Cardano is considered by some to be “Ethereum but better”, which is perhaps no surprise given that both cryptocurrencies share a founder. Charles Hoskinson was one of the people responsible for creating Ethereum, but when he disapproved of the direction things were going in there, he started a new project.

Backed by extensive experimentation and research, Cardano has the potential to impact cryptocurrencies quite significantly. It’s still relatively new to the scene, with the blockchain platform only launched in 2017, so it’s not likely to start making waves quite yet. However, it’s already beaten Ethereum to the proof-of-stake consensus model and may well destroy its competitor in due time.

Right now, the cryptocurrency is on a relatively upward trajectory, having continually climbed over the last year without too many dips. Its value might not seem like much at the moment, given that it spent months below the $1 (73p) mark before rising above it in February. However, the rate at which it’s increased has definitely made Cardano one to watch, with the surge in popularity raising a lot of questions.

Whereas many popular cryptocurrencies are aimed at individuals, Stellar is more purpose-built for enterprises. It primarily exists to allow financial institutions to make significant transactions without wasting a lot of time, effort, and money. It also allows for transactions across borders, largely to help those in developing economies where access to banks and investment opportunities is more restricted.

Saying this, though, Stellar is still an open blockchain, so access to the cryptocurrency is available to everyone. However, with a value that struggles to exceed more than $1, it’s not something that a lot of people are necessarily taking an interest in yet.

Given that there are literally thousands of cryptocurrencies out there, it’s impossible to give you the lowdown on every single one of them. However, this guide has hopefully introduced you – if you weren’t familiar with them already – to some of the most important digital currencies available. If you’re going to put your money into cryptocurrency, these are the options that you’ll most likely want to consider.