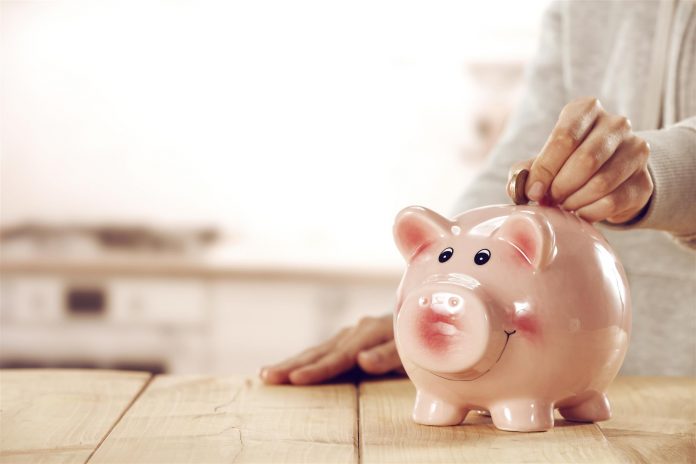 Working and earning is not only about spending money but also about saving. People save money for numerous reasons, for a new car or flat, for luxurious holidays in an exotic country, or the wedding. How do they usually keep their savings? Are they still socking money away, or do they prefer using other, more modern methods? There are many places where you can put your savings so that they wouldn’t tempt you, and they could even go up. The most popular way is to put them into an interest-earning account, where they grow gradually with little or no associated risk. This way, you’ll not only put your money aside but also earn guaranteed sums.

One of the most frequently-chosen places to put your savings is a traditional savings account, proposed by almost every bank. It is run by bank workers who create, own and manage it, and it’s insured by the Federal Deposit Insurance Corporation (FDIC), however, with some restrictions. For example, a user may be forced to pay an additional fee if they exceed the number of monthly transactions.

You should also remember that money from a savings account can’t be withdrawn anytime you wish, either through check-writing or sometimes even from an ATM. Hence, it’s recommended for you to find out in advance what limitations will be exposed to you by your bank.

Interest rates of most savings accounts are pretty low. There are other higher-yield savings accounts offered by online banks, though. They may earn more money because of a higher initial deposit and limited access to your account. To set up such an account, you’ll need to have some transfers from another bank to deposit and withdraw a sum directly from the online bank.

Moving on to another way of saving your funds, it’s also worth mentioning something more unconventional, namely- a bitcoin. In other words, it’s a cryptocurrency, a type of a digital currency sent from user to user on the peer-to-peer bitcoin network without any intermediary. It’s relevantly a new tool, having been in use since 2009 when its source code was released as open-source software. Invented by an unknown figure or figures under the name Satoshi Nakamoto, it’s getting more and more popular among people buying bitcoin with credit cards. That’s undoubtedly a speculative boom in managing your funds, used commonly as a safe investment, recommended even by some of the Nobel laureates in economics.

Traditionalists, however, would prefer to stick with more typical methods of saving money, for instance, Certificates of Deposit, which, similarly to savings accounts, are insured by FDIC. The main difference is only the interest rate, which in this case, is usually much higher. But it’s connected with larger and longer deposits that must be kept for a specific period of time, most often six months, one year or five years.

For people who don’t like taking any risk, the best method to save their money will be a money market fund, considered as the lowest risk type of funds. They provide users with a return similar to short-term interest rates. It’s insured by the Securities and Exchange Commission’s Investment Company Act of 1940. Most banks and brokerage firms usually offer these money market funds, but interest rates aren’t guaranteed. So, before deciding to put your money there, you’d better find a money market fund with good performance.

A low-risk debt investment for your money is also a bond issued by many companies, local authorities, states, and governments for a particular time at a fixed interest rate. Buying a bond is equal to lending your money to one of these institutions, which in turn pays the interest rate for the whole period of the existing bond and returns the face value of the bond at maturity.

However, various bonds may differ in the degree of risk, returns, and maturity periods. And you should be careful with some penalties which may be exposed to you due to early withdrawal, for required commissions, or for the risk of the company going bankrupt if you use corporate bonds.

As has been demonstrated, saving your money can be done in many ways. It doesn’t have to be hidden in your sock or money box. You can take advantage of both traditional bank tools, such as savings accounts, certificates of deposit, money market funds, and more offbeat methods, like bitcoins or bonds. All these solutions are equally effective and can bring you many financial benefits. However, before deciding on any of these things, firstly consider how much deposit you have, how long you want it to keep safe, and how much you wish to earn. Only then will you be able to determine which tool is the most suitable for your financial needs.