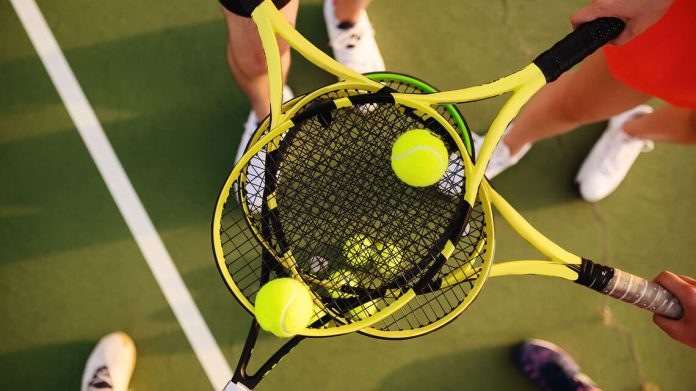 Tennis has been around for a long time, and its popularity seems to be growing every year.

It is possible to trace the name’s beginnings to French players who would start the palm game by exclaiming “Tenez,” which was appropriated globally and eventually became the game’s well-known name. In addition, the word “love” is derived from the French word “l’oeuf,” which means “nothing” or “a zero.”

Thousands of people flock to the world’s major tennis tournaments each season to take in the fantastic atmosphere that surrounds these worldwide events. These important tennis events are what makes the tickets for them the most sought-after tickets in the sports world. Fans are given the chance to see their favourite tennis players in the flesh on the biggest tennis courts. These tournaments hold an enormous amount of history and tradition which adds to the excitement for fans. So, if you are still thinking about which top tennis tournaments one should consider attending, we compiled a list of the best ones below.

The US Open is the most well-known professional tennis event that is held in the United States which is usually the last Grand Slam of the season. The US National Championship was held for the first time in 1881 and that is how the US Open came to be. With its entertaining, bright and lively environment it is no wonder that this tournament is one of the most enjoyable tennis events in the states. The tournament is held in the US National Tennis Center in New York so usually fans will seize the opportunity to enjoy the beautiful city of New York when they are not busy checking out tennis.

Wimbledon is one of the most popular and well-respected tennis events of all time dating back to 1877 where the first Wimbledon tournament took place on the grounds of the All-England Club which is located just outside of London. One of the traditions that Wimbledon has kept throughout the years is the fact that the game is held on grass courts. Another tradition that Wimbledon is known for is that many celebrities such as the Royal Family attend this important event whilst enjoying some fresh strawberries and cream, dressed in an iconic wardrobe of all-white.

It goes without saying that one of the major tournaments in the world is the Australian Open and should be on the list of must-attend events of any tennis lover. The Australian Open was first held in Melbourne Park in 1988 however the event has taken place since 1905. Novak Djokovic has made quite the name for himself in this event having won this tournament nine times since 2008.

The French Open is unique among the major tennis tournaments in that it is the only one that takes place on clay. Due to the slower traveling ball, clay is believed to be a challenging surface to compete on. Rafael Nadal, who has won an astonishing thirteen French Open Championships, is one of those players who seems to prosper on clay. The wonderful city of Paris is one of the standout benefits of the French Open. There’s a reason it’s considered one of the world’s greatest cities. It creates a wonderful setting for one of the top tennis championships in the world, with its lovely cafés, incredible food, excellent hotels, and magnificent architecture.

Tennis betting has been a prevalent activity throughout the past, as with all sports, betting eventually became an integral part of the history of tennis. For more information about betting on tennis and other sports you can check the official betting site for Japan.