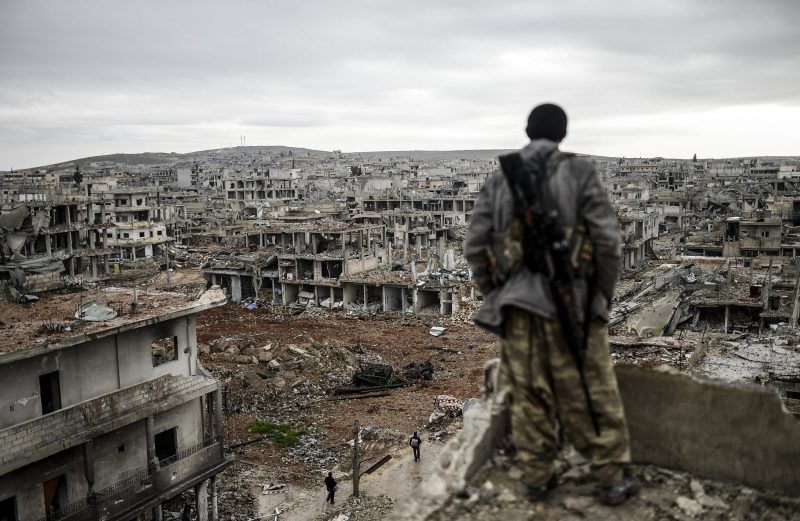 The conflict in Syria continues to haunt not only the media but also the minds and hearts of people who have witnessed the horrendous effects of the recent chemical attack on Syrian ground. Peter Koenig bravely calls to the world, “People wake up! – If you don’t, you may be next.”

President Trump just ordered a US attack of at least 59 Tomahawk missiles from US warships in the Mediterranean Sea on Syria’s al-Shayrat airbase near Homs. Mr. Talal Barazi, governor of Homs province, reports several deaths but at this time does not offer further details. This Tomahawk assault was supposedly in response to Bachar al-Assad’s alleged nerve gas attack on 4 April, targeting the civilian population in Idlib Province that killed in excess of 60 people, among them many children.

It reeks all over of False Flag – Gladio 2 – level “world”. But nobody smells it, nobody wants to see it, nobody wants to hear it – and especially, nobody wants to talk about it. The truth cannot be spoken. The attack has to be launched immediately, before any investigation could reveal the truth. That’s the way it’s always been. Kill the witnesses. That’s what Washington and its Zionist masters know best.

The Pentagon says Moscow was informed about the attack. There was no reaction from the Russian Government yet.

Earlier Mr. Putin stated that “it was unacceptable to bring accusations against anyone until a thorough and impartial international investigation was conducted”.

Philip Giraldi, former CIA officer and Director of the Council for the National Interest, says that “military and intelligence personnel”, “intimately familiar” with the intelligence, say that the narrative that Assad or Russia did it is a “sham”.