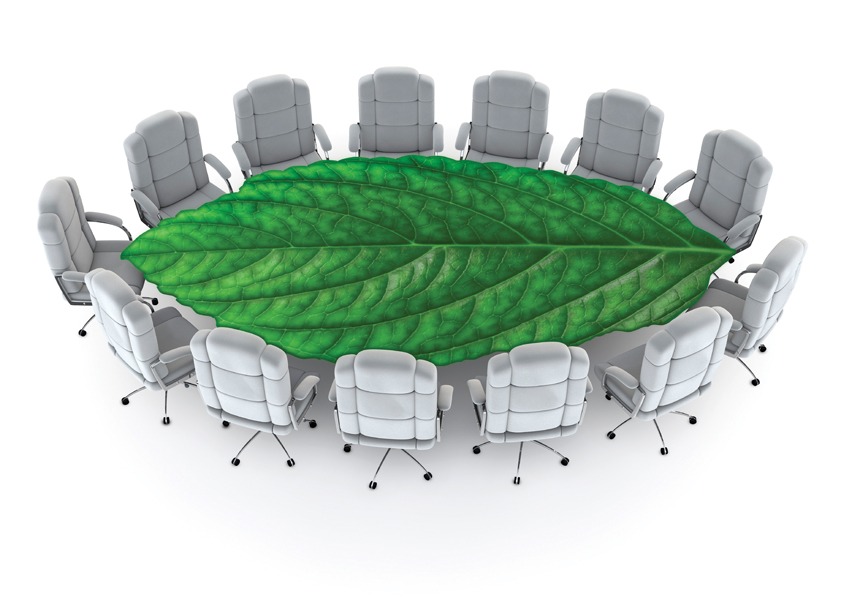 Sustainability attitudes of key actors in government, corporations and NGOs have shaped the sustainable development movement over the past 25 years. This article discusses the prospects of this movement and the role of individual leaders in implementing its societal vision. The author argues that since the year 2000 the leadership role of governments has weakened, whereas sustainability initiatives from corporations and NGOs initiatives have increased and will continue to do so.

The success of the sustainable development movement

The crucial role of the 1987 Brundtland report1 of the UN Commission on Environment and Development was to bring together two issues that were aggravating since the end of World War II: the global environmental crisis and the widening gap between the rich and the poor.2 The report stated that environment and development were not opposing issues but two sides of the same coin. Economic development is only sustainable when preserving the environment. The Brundtland report very successfully put this new insight of the synergy between economic development and environmental preservation on the agenda of national governments. In hindsight, it is amazing that this report of more than 25 years ago is still a source of inspiration. It identified many wider issues than just the amalgamation of economic growth and prevention of environmental degradation. Through the necessary steps to prevent the further degradation of the natural carrying capacity of our planet, a new consciousness grew, leading to a, first implicit, revolution of our thinking and attitude. More and more people became aware of the consequences of our local actions for others at other places and times on the globe. This turned out to be the main driver of the sustainable development movement that gradually developed since the report’s presentation among corporations and civil society.3 Sustainable development as defined in the Brundtland report is still widening and deepening its scope in society. Often corporations or municipalities start by greening their economic initiatives through energy saving, carbon dioxide reduction and waste recycling. After this phase, they gradually become aware of the wider issues implied, integrating economic, environmental and social issues in project design and development. Sustainable development is more than only greening some suitable side-activities. Sustainable development moves gradually from the periphery of the organisation to the heart of production and product design and finally reaches the centre with the top executives. Now their attitude towards how they manage their internal and external relationships becomes an issue.

The Brundtland commission already identified that, besides the well-known responsibility of leadership for the needs of present as well as future generations, ‘in the end, sustainable development is a matter of individual people and comes down to making choices resting on the will to address the common future and make changes in human attitudes’. Have these human attitudes changed the past decades and where can we see proof of that?

Situations Where You Should Hire an Attorney

Trainings Every Company Should Offer for Their Employees’ Growth

How Does the Right Keyword Help Increase Sales on Amazon?

How to Advance Your Career as an Accountant

Accounting: the Job, the Pay, the Career

Why Millennials Are Starting To Invest With Betterment

How to Trade Forex CFDs

How Can You Make Sure You Return Investment on Sponsorship?

Precious Metals – Is It A Good Investment?

Who Can Write My Academic Essays Online?

Should I Hire a Divorce Lawyer?

How to Beat a Sexual Assault Charge

What Kind of Loan is Right for You?

The Political Economy of the Slave Trade, Capital Accumulation and the Rise of Britain

Why Millennials Are Starting To Invest With Betterment

The Strange War with WHO’s Battle Against COVID-19

Affordable Housing in Emerging Economies and The Case for Steel

The Theory of the End of History: Does it Have Any Positive or Normative Value?

Who Can Write My Academic Essays Online?

PCP: The New Way to Drive the Car of Your Dreams

Imagine Having a Casino in Your Pocket? While Now You Can with Boomtown Bingos Mobile Casino Games 100%