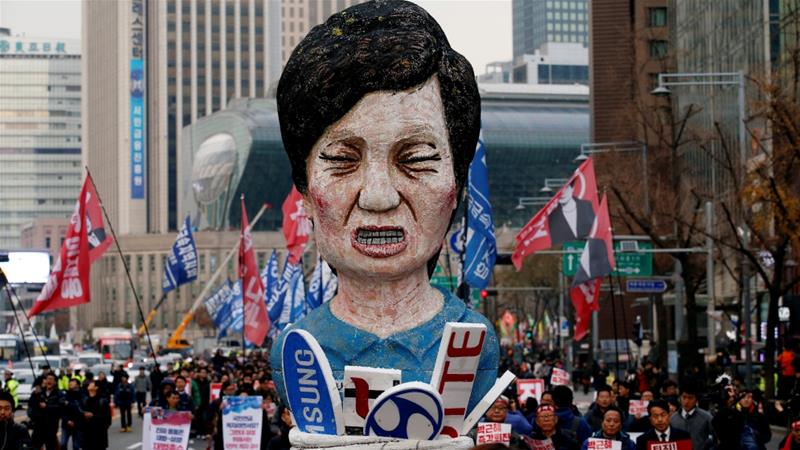 The lack of high ethical standards in Korea as noted in its current presidential corruption scandal destabilises its political system, produces suboptimal organisational performance, and results in high economic and human costs. Part of this phenomenon can be traced to Confucian and collectivistic sources, where speaking against authorities or group norms is viewed as disrespectful and disharmonious. However, ethical standards in Korea can be strengthened by organised leadership development programs that address current limitations, incorporate complex adaptive systems concepts, reflect neuroscience principles, and harness the Confucian principles that underpin cultural norms and societal expectations.

Much has developed since a previous article was published on the political crisis of President Park of South Korea (https://www.worldfinancialreview.com/?p=11543 and http://www.koreatimes.co.kr/www/news/opinon/2016/11/197_217694.html). Such developments include the allegation by the Prosecutor’s Office that Park not only allowed Ms. Choi Soon-sil, her personal friend of forty years, to have access to highly sensitive national intelligence, but proactively extorted contributions from top chaebols to the non-profit organisations Choi was using as a front to accumulate personal wealth. This alleged extortion incited massive public demonstrations to the tune of over one million protestors and propelled impeachment movements from the opposition parties.

According to the latest World Economic Forum Corruption Index,1 Korea is ranked the 9th most corrupt country among the world’s 35 wealthiest countries of the OECD (Organisation for Economic Co-operation and Development). These revelations of corruption at the highest levels of Korean government and business call for a critical review of:[unordered_list style=”bullet”]

Ethical standards in Korea can be strengthened by organised leadership development programs, but these programs must:[unordered_list style=”bullet”]

Leadership development organised with these components will not only improve ethical standards in business and government practices, but will also improve Korea’s capacity for innovation.

Although most of us agree ethics are critical to business and military leadership,2  we don’t have a clear understanding why. My recent research on global leadership for innovation, published in Harvard Business Review, revealed the reason: demonstrating strong moral and ethical values establishes safety because both parties agree on a common set of rules of how the game will be played.3  People handle losing the game a lot better than not knowing the rules.

According to neuroscience principles, our need for safety undermines any other needs we have, including those for connection and learning. Safety is established in the brain stem– the oldest, most primitive part of our brain – and is governed through the autonomic nervous system. The determination of safety happens within eight milliseconds after the incoming signal is received. That same signal takes up to 2 seconds to reach our cognitive cortex brain, where we assign meaning, and activate the amygdala if the executive decision-making function determines that our safety is threatened. Before our cognitive brain is even fully aware, we have already reacted to the threat with a suboptimal response of contracting, withdrawing, attacking, or saying what we think they are looking for with no intention of following through. These are suboptimal reactions because the best part of the human brain – the cortex, where executive decision-making and innovation happens – doesn’t even get a chance to engage when we are battling for safety in the lower, less-evolved regions of the brain. And all of this happens below our conscious awareness.

When we see leaders being inconsistent between their words and actions, and who don’t demonstrate high ethical values, our sense of safety is violated, and our brain stem working with the amygdala activates those suboptimal responses.

When we see leaders being inconsistent between their words and actions, and who don’t demonstrate high ethical values, our sense of safety is violated, and our brain stem working with the amygdala activates those suboptimal responses. Strong ethics activate a sense of safety; we can then move to the higher regions of the brain, where we form connection and use our best executive decision-making capabilities. Thus, ethical leaders create more cohesive teams and gain influence and commitment by demonstrating strong personal characteristics and values.

In 2015, one of the stories seen most frequently on the front pages of Korean newspapers was how 78 people died from using dehumidifier disinfectants sold by Oxy Reckitt Benckiser (ORB, the Korean office of Reckitt Benckiser) and three others manufacturers in Korea. Government investigators found that ORB manipulated the safety research report by bribing the professors who conducted the research to advertise the disinfectant as safe to the public. They also found evidence of false advertising of safety by other manufacturers. Subsequently, some of the leaders of these organisations have been sentenced to prison terms.

Fast forward one year, to the analysis of why Korea slid four places in a prominent international corruption report since last reported in 2015. The Korea Institute of Public Finance (KIPF) made the connection between the decline in national competitiveness and low business ethics, as well as lack of transparency, explicit.4 KIPF specifically cited the heavily publicised disinfectant scandal as they partially attributed the ranking decline to damaged business ethics.5 According to the 2016 World Competitiveness Yearbook, published by the International Institute for Management Development in Switzerland, Korea ranks 29th out of 61 countries evaluated in overall competitiveness.6

Studies have shown that countries with higher levels of corruption have lower levels of human development, as measured in terms of education, health, and gross national income.7 An increase of corruption by one index point dampens GDP growth by somewhere between 13 and 90 basis points (.13 – .90%) and lowers per capita GDP by $425.  These are important indicators that call for organised development programs to strengthen moral and ethical behaviours and improve transparency in business dealings.

Dr. Sunnie Giles, is President of the Quantum Leadership Group, which is based in the United States. She works as an executive coach, leadership development consultant, and organisational scientist. She has an MBA from the University of Chicago and Ph.D. in Marriage and Family Therapy from Brigham Young University. She worked as an executive in several Fortune 500 companies, including Samsung, IBM, and Accenture. For more information, visit www.sunniegiles.com.