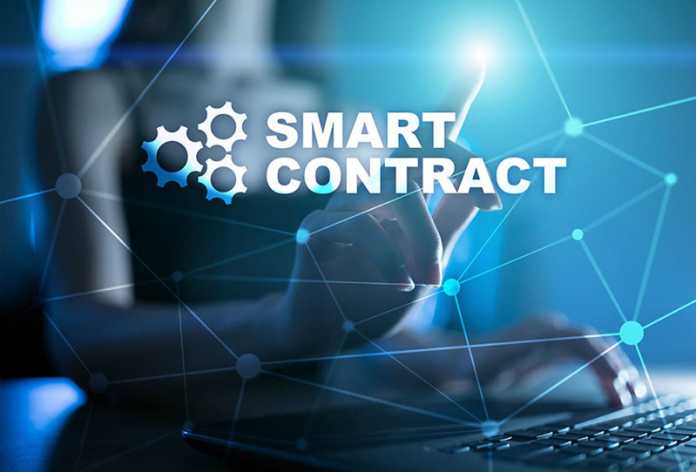 Smart contracts work via a decentralized application that allows digital business exchanges under the protection of regulations set by each party. These contracts ensure the protection of each parties privacy by enforcing only specific private data to be released upon request.

These are not run by a specific user rather run as they are programmed to the parties specifications. The executory functions are set and defined by the parties in the smart contract, much like any normal contract. The rules are all pre-defined and are enforced according to the terms. Parties can do transactions over the balance they record in their smart contracts.

Smart contract development begins via a computer code that runs on a blockchain network or any other distributed ledger technology. The payment mechanisms that evolve through smart contracts are increasingly used by Bitcoin and other cryptocurrencies.

Blockchains are deemed the most suitable technology to store smart contracts, mostly because of the security and transparency that comes from blockchains. Once the information in a smart contract is stored on a blockchain via the ‘blocks’ it also gets encrypted into a ledger shared between parties.

Blockchain is considered to be a flexible technology for smart contracts because one can virtually store and transact any type of data by giving a lot of options to do transactions. These are more cost effective for both parties that save significant time and don’t have to worry about the safety of their transactions either.

The most well known smart contracts are made via Ethereum, a popular cryptocurrency platform. Ethereum software has single handedly created the solidity language that writes smart contracts on the Ethereum Virtual Machine. The ethereum blockchain stores the data and the collection of codes that help run a smart contract.

Seeing as Bitcoin is the first cryptocurrency, it has not fallen behind in developing its smart contracts for users. Bitcoin smart contracts can be used on the core protocol layer and the Lighting Network. This is their version of the most instantaneous payment platform for Bitcoin users. These in effect are more time and cost-friendly that increases user interface in the long run.

As with almost all aspects of the cryptocurrency business, there are many plus points to having a smart contract. Smart contracts come with the assurance that you don’t need to monitor the workings or progress of any ongoing business activity. Automating your business comes with cost and time effectiveness that can save your resources for the future.

The time you would otherwise spend managing a number of different transactions all at once is saved, as well as the independence that comes with smart contracts. You do not need third party involvement making decisions for you rather all transactions are held automatically.

The greatest advantage of the blockchain is perhaps the protection from fraud. Complete anonymity is your biggest reliability. All your record is kept safe and once one transaction is done it cannot be reversed. This protects transactions as well as the lack of human involvement leaves little room for error.

Even though most cryptocurrency platforms pride themselves on their guarantee to protect your data and identity, the increasing cybercrimes are a genuine fear. The involvement of multiple parties at once leaves room for any kind of criminal activity. This is largely because if your identity can be kept safe, anyone elses can be as well.

Hackers keep coming up with new attacks to compromise the integrity of such business transactions. Even smart contracts can fall prey to any hacker with sound knowledge of the language the parties encrypted the contract in.

These same hackers have been coming up with trigger attacks in the market that draw the parties to executing their contract before need be. This loophole in smart contracts has been problematic since the inaccurate turn of events has caused users a lot.

The non-reversal of contracts can be a good thing to protect the integrity of the deal, stopping either party from backing out. However there can be instances where the parties interests are not completely aligned and they do not realize that till it is too late. In such instances the manageability of such contracts comes under question.

The ever-increasing use in cryptocurrency has given rise to different avenues of dealing in this digital currency. Different technologies are coming up with ways to regulate, protect and enhance the abilities of cryptocurrency, smart contracts being one of them.