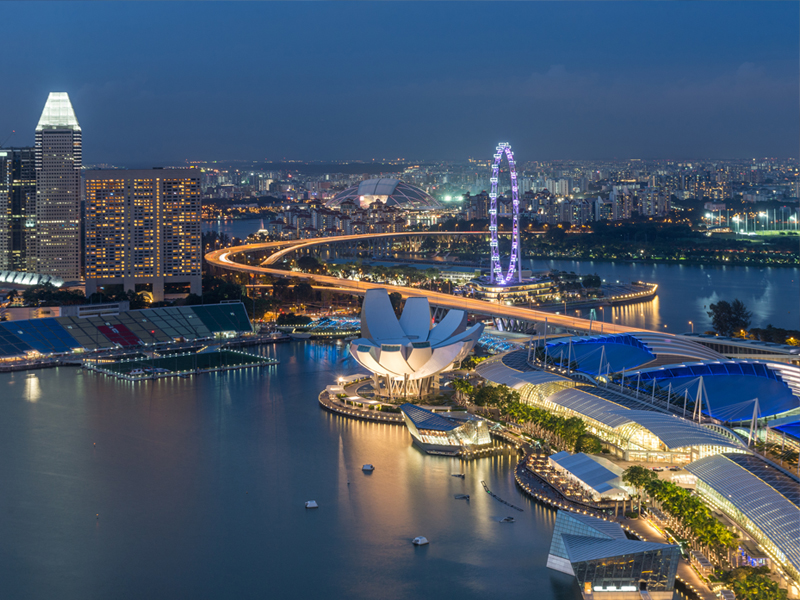 The Singapore government has a vision of transitioning to higher-value-added industries, and thus boosting productivity, by focussing on skill development, innovation, and global integration. However, this process is likely to face both external and internal challenges.

Singapore’s real GDP growth has slowed in recent years. Average annual growth rate in 2016 and 2015 was less than half that in 2014 and 2013. The slowdown links back to sluggish global trade – a critical factor driving Singapore’s economic performance. However, the recent uptick in global economic growth and business sentiment is spurring an improvement in global trade. This is likely to support slightly quicker real GDP growth in Singapore in 2017. While an improving external economic environment is important for the near term, the overarching narrative over the medium to long term will remain centred on Singapore’s internal transition to its future vision of the economy. The Singapore government is planning a transition to higher-value-added industries by focussing on skill development, innovation, and greater global integration. This assumes importance as low-skilled, low-cost manufacturing and services are more likely to shift to developing economies in Asia with abundant labour pools. The planned economic transition also focusses on boosting productivity, especially because Singapore’s population is aging rapidly. This process is likely to face both external and internal challenges.

A Review of Recent Economic Performance

In 2016, Singapore’s real GDP grew 2.0 percent from a year ago, about the same as in 2015 (Figure 1). The manufacturing sector recovered in 2016, growing 3.6 percent after declining 5.1 percent in the previous year. Manufacturing growth was supported by growth in the electronics cluster and the biomedical cluster, particularly in the final quarter of the year. Electronics manufacturing was supported by growing demand for semiconductors due to a cyclical upswing in the global information technology industry. The biomedical cluster was supported by an increase in demand for pharmaceuticals and medical equipment. Growth in the construction and services sectors of the economy moderated in 2016 compared with 2015. The goods-producing and services sectors of the economy each contributed 0.7 percentage points to overall real GDP growth. Ownership of dwellings and taxes on products accounted for the remainder.1 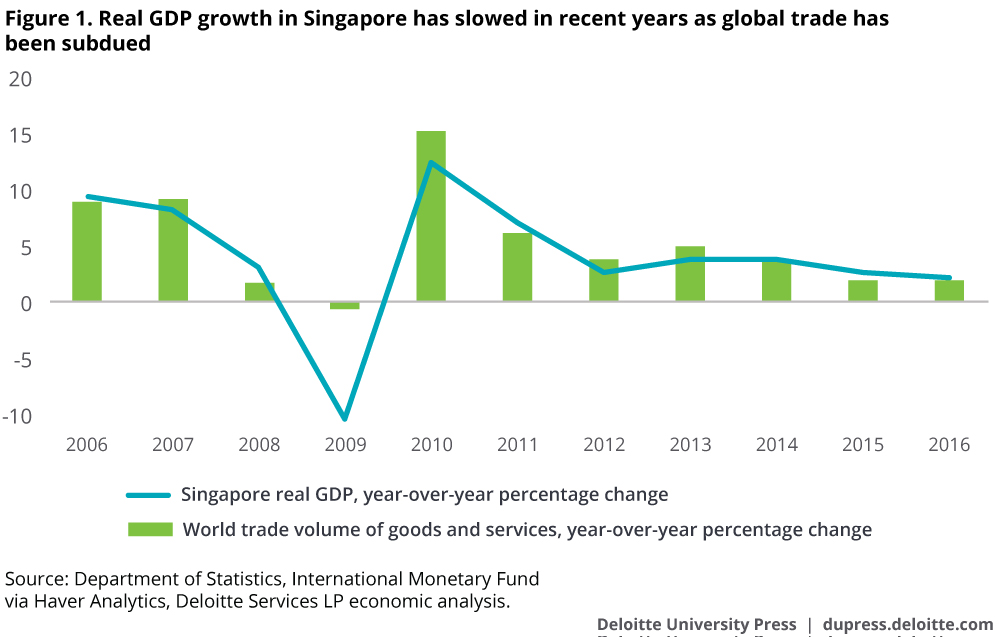 Lester Gunnion is an Economist and a Senior Analyst at Deloitte Research, Deloitte Services LP. He contributes to Deloitte’s Global and Asia-Pacific economic outlooks, covering the economies of Russia, South Africa, Singapore, Thailand, and Vietnam. Lester also contributes to Deloitte’s economics blog, Behind the Numbers, as well as thoughtware on economic issues in the United States in the quarterly periodical, Issues by the Numbers.