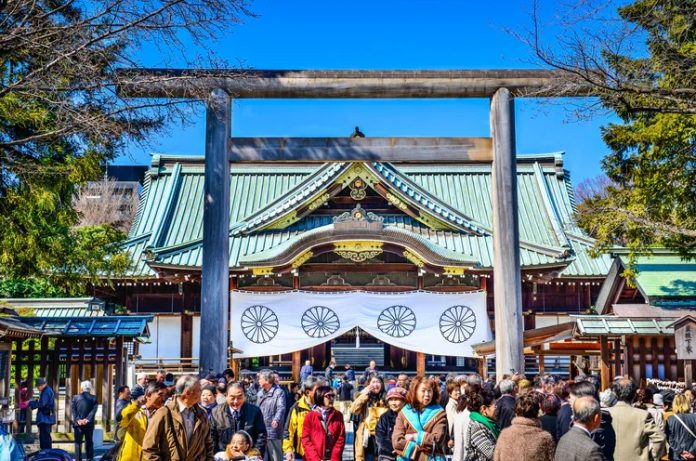 Our reaction upon hearing the news of the shooting of former prime minister Shinzo Abe was one of shock and incredulity in equal measure. What followed was a frenzy of trying to piece news reports and gossip together to make sense of events, until his eventual death was announced a few hours later.

At first glance, Abe’s assassination harks back to the 1920s and 1930s when the assassination of sitting and former prime ministers (Hara Kei, Hamaguchi Osachi, Inukai Tsuyoshi, Takahashi Korekiyo, Saitō Makoto) was a feature of Japanese politics. We do not readily associate political assassination and violence with democratic and pacifist post-war Japan. In this light, it is not surprising that many reports focused on political violence in Japan as “almost unheard of”. However, like any country, sudden and extreme acts of political violence are not without precedent in Japan.

During Abe’s second period in power (2012-20), one of his most controversial initiatives was the reinterpretation of Japan’s exercise of its right to collective self-defence. This was seen as part of a steady shift towards a more militarised Japan, and resulted in two very public cases of people setting fire to themselves in June and November 2014 in protest. In the latter case, the person died.

In Abe’s first period in office (2006-7), mayor of Nagasaki Itō Icchō was shot and killed by a member of the Yamaguchi-gumi, Japan’s largest organised crime syndicate, over a seemingly trivial matter of compensation for damage to his car. In 1990, Itō’s predecessor, Motoshima Hitoshi, was also the target of an unsuccessful assassination attempt by a right-wing extremist over public comments he made regarding Emperor Hirohito’s war responsbility.

In 2006, senior Liberal Democratic Party politician Katō Kōichi’s home was subject to an arson attack by a right-winger angered by comments Katō had made critical of prime minister Koizumi Junichirō’s visit to Yasukuni shrine. The shrine has long been a controversial symbol of Japan’s wartime legacy.

The failed coup-d-état by world-famous writer Mishima Yukio in 1970 shocked Japan and had deep roots in his own ultra-nationalist political views. Mishima had founded the Shield Society, a paramilitary organisation, two years prior to the coup, recruiting members with far-right leanings, who wanted to restore the Emperor’s political powers. Famously, Mishima committed ritual suicide when the coup attempt failed.

1960 was a tumultuous year in Japanese post-war history as a result of the revision of the US-Japan security treaty. Abe’s grandfather, Kishi Nobusuke, was the victim of a failed assassination attempt in July of that year. Later the same year, Japan Socialist Party leader Asanuma Inejirō was stabbed to death by a radical ultra-nationalist student. Asanuma was an outspoken critic of Japan’s ties to the US and also sought closer relations with Communist states in Asia. A photograph of the attack won the Pulitzer prize.

These examples are all actions of individuals. Japan is also not a stranger to organised political violence by groups of people. The most devastating incident of post-war political violence, was undoubtedly the Tokyo sarin gas attacks in March 1995. At the hands of a religious cult, Aum Shinrikyō, key subway stations serving political centres in Tokyo were targeted with the aim to initiate the end of the world. The nerve agent claimed 14 lives, and injured more than 1000 people. The cult leader, Asahara Shōkō alongside key members of the cult, were executed in 2018.

During the 1970s and 1980s Japan saw domestic terror at the hands of a series of left-wing revolutionary groups. Most famous of these was the Japanese Red Army (JRA), who hijacked planes, attacked embassies and businesses, as well as civilians. The wanted posters for individuals involved with the JRA still appear at Japanese train stations, and recently Tokyo police have made videos reminding the populace that members are still on the loose.

As the numbers show, gun crime is rare in Japan so political violence is shocking and extreme. However, as is the case in other countries (one need only think of the murders of MPs Jo Cox and David Amess in the UK), it is sadly far from unheard of.

Sadly, Shinzo Abe is only the most recent in a long line of politically motivated attacks. Unfortunately, the highly visible nature of criminal prosecution in Japan gives perpetrators a large platform to announce their views. This doesn’t just happen in Japan. The judicial process has been used for political grandstanding in recent cases across Europe and the US, with the Breivik case in Norway as a particularly harrowing example. The same may happen in Japan in due course.

Many words will be written about this event over the hours, days and years to come but at this point in time our sympathies are with Abe’s family.

This article was originally published in The Conversation on 8 July 2022. It can be accessed here: https://theconversation.com/shinzo-abes-killing-the-history-of-political-violence-in-japan-186679

Kristian Magnus Hauken – Teaching Associate in East Asian Studies, University of Sheffield. My research deals in great part with international actor’s (both national and subnational) pursuit of status and prestige in international and regional societies. My PhD thesis explored the concept of national prestige in Japanese parliamentary discourse. As part of an EWIS workshop project I am currently exploring the formalization, proliferation, and contestation of status symbols in East Asia, as well as working with the concept of stigma-management within a larger status-research framework.