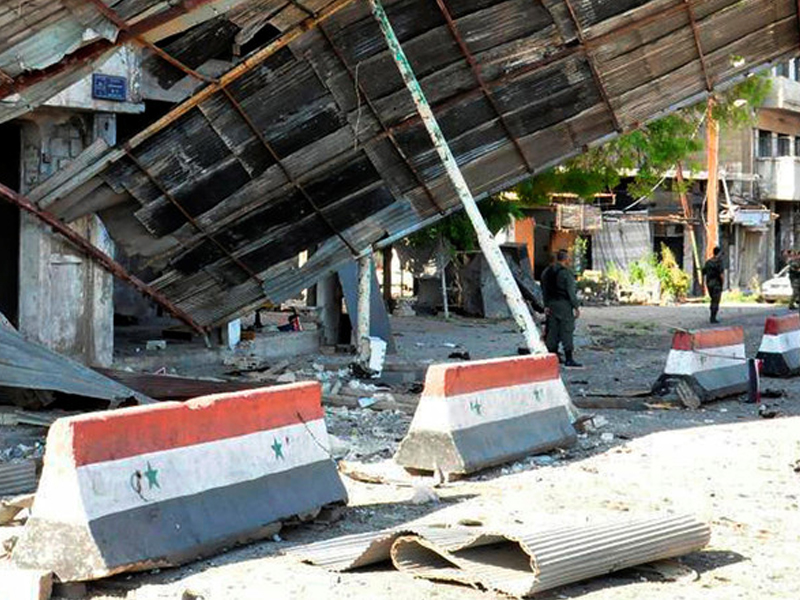 The United States air force attacked the Syrian Arab Army (SAA) troops last month killing 62 soldiers. The attack continued for nearly two hours despite communications from the Syrians and Russians clearly identifying to the Americans that this was not ISIS or any other terrorist group.

Russia regarded this as a clear demonstration that the USA and its coalition allies are not prepared to countenance any intelligence sharing and or alliance that will destroy the terrorists in Syria.

Overthrowing Assad and the Balkanisation of Syria and the creation of pipeline corridors that benefit American regional partners like Qatar still appears to be the ambition for the US and its coalition allies. This is an ambition that has been a central component of US foreign policy and was set in motion as early as 2009 when Assad refused to allow the Qatari/US/Turkish pipeline project in favour of the Russian/Iranian/Syrian project. Since the intervention of Russia, and complemented by Iranian and Hezbollah troops the plans for regime change are presently mired in a dangerous bog of escalation.

And make no mistake about it, Syria is the red line that cannot be crossed by NATO, the US or other regional actors if there is an attempt to repeat Libya and its infamous no fly zone. As the United States Joint Chief of Staff General Joseph Dunford unequivocally told Congress recently, any attempt at creating a no fly zone in Syria would lead to war with Syria and Russia. An order that he is not prepared to give.

Featured image: Syrian army soldiers stand at a site of an explosion in Bab Tadmor in Homs, Syria in this handout picture provided by SANA on September 5, 2016. (Reuters)