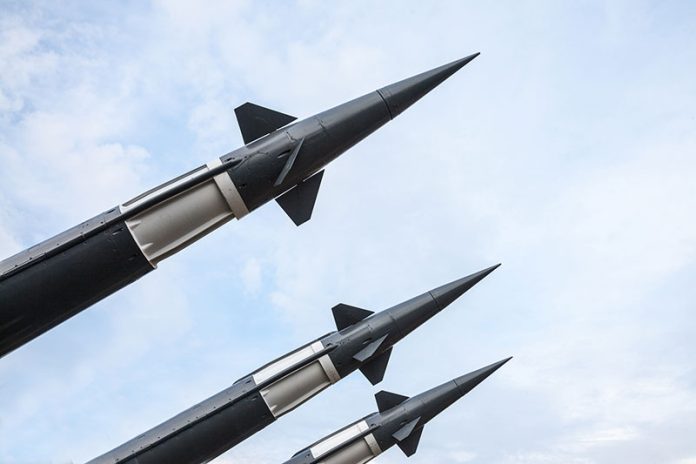 The war in Ukraine called into question many of the fundamental pillars of the international order. The European security system that has developed since the dissolution of the Soviet Union and the Warsaw Pact has received a shattering blow. A war of aggression by a major power intent to destroy a neighbouring state and annex significant territories has broken with major taboos, not to mention international law.

Apart from the obvious tragedy for the people of Ukraine, another potential casualty is the nuclear nonproliferation system which has existed since 1970. Putin’s blatant breach of the Budapest Memorandum, signed in 1994 by Russia, the UK and US relating to the accession of Belarus, Kazakhstan and Ukraine to the Nuclear Nonproliferation Treaty (NPT), has upended security guarantees in Europe.

The memorandum was an assurance of territorial integrity for Ukraine after it agreed to dismantle the large nuclear arsenal that remained on its territory after the break up of the Soviet Union. By signing the memorandum, Russia – along with the US and the UK – agreed not to threaten Ukraine, Belarus and Kazakhstan with military force or economic coercion. This has proved to be worthless.

And there’s the danger. If we now live in a world where major powers are fully prepared to embark on a full-scale war to achieve their territorial ambitions, then the assumptions of the NPT, according to which non-nuclear states can rely on the security assurances from the major powers, may no longer be valid. Many countries may think it prudent to go nuclear to avoid Ukraine’s fate.

This doesn’t stop in Europe. Allies of the US in Asia are wondering the extent to which the principle of “extended deterrence” (the protection afforded by America’s nuclear umbrella) is still viable. China’s increasingly aggressive pursuit its foreign policy aims in recent years has been a major concern for Taiwan, where many question Washington’s policy of “strategic ambiguity” about how and to what extent the US would support the country.

China’s activities in the South China Sea, where it pursues its claims on maritime territories not accepted in international law, have also raised major concerns throughout the region. Japan and China have been at loggerheads for some years over a number of disputed territories including the Senkaku/Diaoyu islands.

Another concern is obviously North Korea’s nuclear programme and its regular testing of ballistic missiles which could carry nuclear warheads and have a range which could easily threaten Japan and South Korea. If and when Pyongyang develops the capacity to hit targets in continental US, this could well test America’s nuclear guarantee in Asia.

There is increasing support within South Korea for the development of its own nuclear deterrent. A survey taken earlier this year found that 71% approved of South Korea going nuclear. This was in line with similar polls over recent years. While the new South Korean government led by Yoon Suk-yeoul does not endorse such a policy and remains committed to the US-ROK alliance, there have been persistent voices in South Korea supporting a shift towards nuclear self-reliance.

There is also considerable pressure in Japan to abandon the post-war “Peace Constitution” which banned the country from maintaining anything stronger than a self-defence force – and the country recently doubled its military budget. Japan has the technological capacity to develop nuclear weapons quickly – but the experience of US atomic attacks during the second world war remain a powerful restraint.

In March 2022 the late prime minister, Shinzo Abe, called for US nuclear weapons to be based on Japanese territory, presumably to deter both China and North Korea. This – predictably enough – provoked an angry reaction from Beijing, which asked Japan to “reflect on its history”.

For now, the US nuclear guarantee remains credible in the eyes of its Asian partners and the strategic situation on the Korean peninsula remains stable – despite the wrangling already described. It’s a very different situation from what is happening in Ukraine. The US already has forces on the Korean peninsula and is committed to South Korea’s defence. North Korea is much more vulnerable than the US under any nuclear war scenario. If Pyongyang ever launched a nuclear strike, it would risk rapid and complete obliteration.

An obvious way to address the extended deterrence problem would be to redeploy US nuclear forces in South Korea, similar to Abe’s suggestion for Japan. That would considerably enhance the credibility of a US security guarantee and would complicate China’s calculations, even with respect to Taiwan – despite all the noises from Beijing about reunification.

But South Korea faces the European dilemma – which is that the more credible its own capabilities become, the less the US will feel the need to commit its resources. While South Korea’s conventional capabilities are more than a match for the North Korean army and its obsolete equipment, it has no answer to the North’s weapons of mass destruction. So far South Korea seems to have struck a sensible balance – going nuclear could upend all of that as it may cause Washington to withdraw entirely.

It seems that despite the flagrant violations of the security assurances by Russia and the increasing capabilities of the North Korean nuclear arsenal, the commitment to the NPT remains firm. But this could change if the security environment in Europe and Asia continues to deteriorate and Russia and China become increasingly perceived as a serious and realistic military threats.

If the reliability of the US as a security guarantor is weakened it could result in a fatal erosion of the assumptions of the NPT. This would make the pressure for indigenous nuclear arsenals – both in Asia and the Middle East – irresistible. This is something the “Great Powers” have taken pains to prevent since 1945.

This article was originally published in TheConversation on 22 July 2022. It can be accessed here: https://theconversation.com/russian-aggression-in-ukraine-may-prompt-japan-and-south-korea-to-abandon-nuclear-non-proliferation-heres-why-187389

Cristopher Bluth’s research interests are international security studies, nuclear weapons policies and the prevention of the spread of weapons of mass destruction, Cold War History. Regional expertise in Russia and Eurasia, Pakistan, Iraq, Germany, and North East Asia (especially Korea). He was involved in a Leeds University initiative on terrorism and also the Korean Research Hub (University of Leeds and Sheffield). He has also published on human rights issues in South Asia and the Middle East.