By Simon Darnell and Rob Millington

The 2016 Olympics in Rio de Janeiro were to catalyse and signify Brazil’s final transition into a modern, developed nation. Yet, many were skeptical of the city and country’s ability to host the event successfully, citing levels of pollution, crime, and a lack of infrastructure. Could hosting in a city like Rio simply exacerbate such issues?

By all accounts, Rio de Janeiro’s successful bid for the 2016 Olympic Games was remarkable. For the first time since 1968, the IOC awarded the Games to a city in a “developing” nation within the global South, and for the first time ever bestowed the Olympics upon a city in South America. Many within Brazil saw this successful bid as affirmation of the country’s newfound standing within the international community, and a catalyst for its final push towards becoming a modern, developed nation. Then President Lula da Silva made clear the significance of the Olympics in this regard, declaring that the Games marked “Brazil’s chance to present itself to the world, [by leaving behind] its status as a second class nation.”1 Lula’s claims drew on the popular logic of Olympic hosting, namely that holding a sports mega-event provides an opportunity for a host city and country to unlock significant capital towards the reconfiguration of cityscapes, particularly the construction of facilities, transportation, and commercial and tourist areas, as well as an opportunity to broadcast an image of a modern, advanced state to the rest of the world.2 Notably, Lula also claimed that the event would provide “an opportunity to improve the living conditions of the people of a country,”3 a particularly significant statement given Rio and Brazil’s legacy of poverty and inequality, as well as the rather dubious track record of the Olympic Games when it comes to leaving a positive, sustained social legacy.

Nonetheless, the promises attached to Rio 2016 were not out of the ordinary. Such potential benefits of hosting an Olympic Games – as well as other sport mega-events like the FIFA World Cup – have become increasingly attractive for emerging nations like Brazil that seek to project an image of “development” to an international audience and to reap the benefits of increased tourism, foreign investment, and international prestige. Thus, the awarding of the 2016 Games to Rio continued the trend of sport mega-events being taken up by non-traditional powers as part of their development strategies, with the 2008 Olympics in Beijing, China, the 2010 World Cup in South Africa, the 2010 Commonwealth Games in Delhi, India, the 2014 Olympics in Sochi, Russia, and the 2014 World Cup in Brazil all serving as prior examples.

However, while the development potential of Rio 2016 was promoted from the outset, it was quickly accompanied by doubts and fears surrounding the city’s ability to stage such an event successfully, with many citing crime rates, pollution levels, and the lack of infrastructure as barriers to hosting the Games. During the event, such concerns intensified. Coverage of Rio 2016 was replete with tales of incomplete competition venues and accommodations, polluted water for aquatic sports, poor event management, crime, and general civil unrest throughout the city. Such reports fed the notion that the Brazilian Organizing Committee was not prepared to host the event, or worse, that a “developing,” global South nation is unable to host an event of the magnitude of the Olympic Games.

Potential benefits of hosting an Olympic Games have become increasingly attractive for emerging nations like Brazil that seek to project an image of “development” to an international audience and to reap the benefits of increased tourism, foreign investment, and international prestige.

At the same time, such concerns about the practicality of staging the Olympic fortnight in a city like Rio are only the tip of the iceberg. A plethora of critical scholars and social activists cited concerns about the efficacy of hosting the Olympics in Rio during the entire 7-year run-up to the event. In particular, they argued that while the benefits of hosting sports mega-events are attractive to emerging, semi-peripheral or non-traditional states, the stakes are higher for such polities, with fewer resources available and slimmer margins for error as compared to traditional host cities.4 From this perspective, a city like Rio was always in a precarious position as host; when unforeseen problems emerged or costs overran (as they inevitably have done in the recent history of the Games), the “winners curse” meant that resources simply had to be found. In turn, the opportunity costs are higher – in Rio and Brazil where poverty and inequality is multi-generational, and basic public services lacking amidst a crippling recession, the fact that so much money was spent on a sports event is increasingly difficult to justify.

Simon C. Darnell is an Assistant Professor in the Faculty of Kinesiology and Physical Education at the University of Toronto. His research focuses on the relationship between sport and international development and peace building efforts, the development implications of sports mega-events, and the place of social activism in the culture of sport.

Rob Millington is a SSHRC Post-Doctoral Research Fellow in the Faculty of Kinesiology and Physical Education at the University of Toronto. His research focuses on how international organizations like the United Nations and International Olympic Committee implement sport-for-development in policy and practice, in both historical and contemporary contexts. 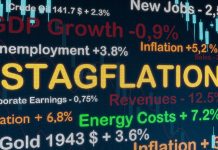 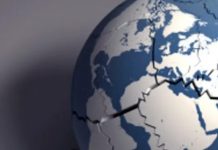 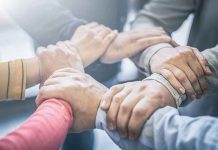