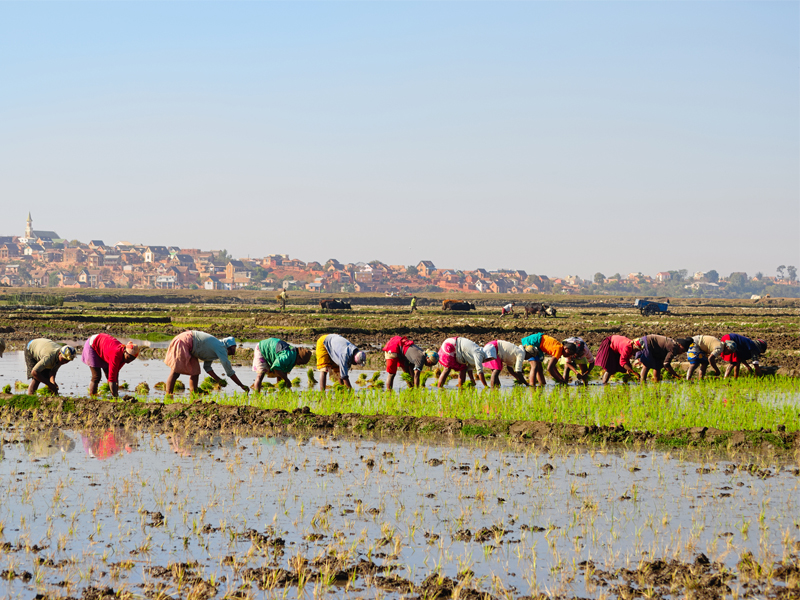 As populations rise, food demand goes up and not everybody might be ready. In this article, economist Hamlet Hlomendlini sheds lights on the economic and political realities faced by Africa and how the region could approach the looming food crisis.

Global food demand is expected to increase substantially by 2050, owing to rapid population growth, urbanisation, and rising incomes, especially in developing economies. Consequently, this is driving up food demand and poses significant challenges for food security especially in Africa.

According to the most recent United Nations’ estimates, the world population is nearly 7.6 billion as of mid-2017 (see table 1). This implies that the world has added approximately 1 billion inhabitants over the last 12 years. 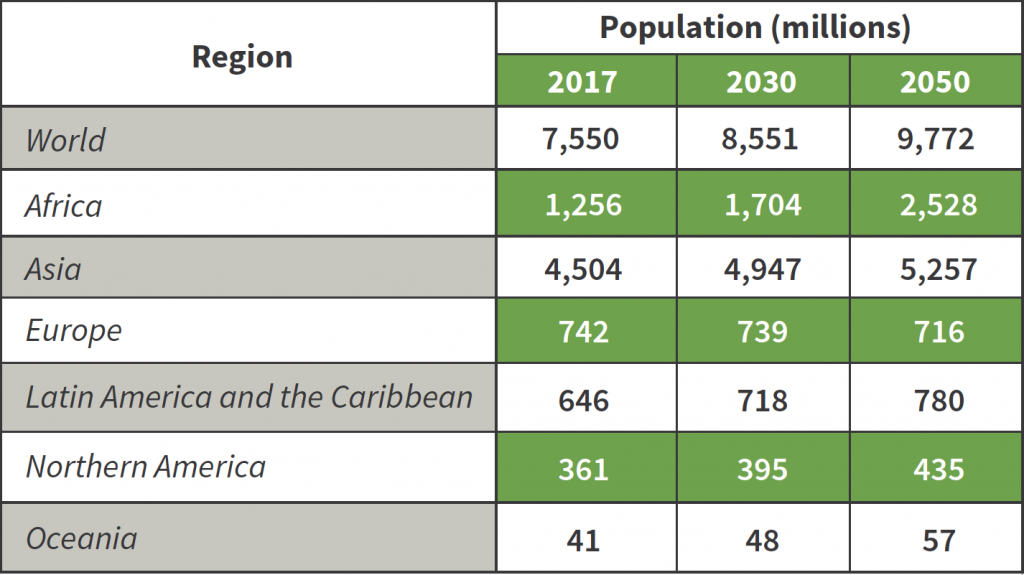 The United Nations estimates that by 2050, the world will be home to more than 9.7 billion people. Africa is expected to house more than 2.5 billion people, slightly more than a quarter of the world’s population. This is raising fundamental questions with regards to the ability of the continent to effectively meet its growing food demand.

Africa, amongst all the continents in the world faces the hardest challenges. Corruption and political dictatorship are the two top challenges eating up the soul of and are major factors linked to the failure of many states in the continent. Factors such as poor governance, inferior political institutions, weak legislative and judicial systems among others are mooted as the core causes of corruption and dictatorship in the African states.

While corruption in particular is quickly becoming a global phenomenon which every country in the world is confronted with, in most African states corruption and dictatorship are not a new trend.  It is apparent that since independence, cases of official abuse of public resources for selfish enrichment have been and continue to be the feature of most state in Africa. Areas of natural resources (mainly land and oil) and financial resources are usually the main targets of most African leaders immediately when they are elected into power, whether by hook or by crook.

In countries such as Zimbabwe, Sudan, Nigeria, South Africa and few others where corruption has become rampant and the rule of law is not respected by leaders, wealth becomes captured, income inequality, unemployment and poverty levels rise and governing capacity is reduced. Unfortunately, the poor tend to be ones having to bear most of the burden thereof.

If Africa wants to see growth and development, it must reduce its dependency on the West and start relying on itself.

However, having said that, it must be said that the West has played a role in exacerbating both corruption and dictatorship in Africa. This statement however, should not be interpreted as saying the West is the direct cause of corruption and dictatorship in Africa but that the West has certainly played a key role in impeding the eradication thereof. For example, it is the West that helps keep corrupt African leaders in power and continue supporting them through the so called “foreign aids” which are supposedly facilitate development and reduce hunger in Africa. While in most instances foreign assistance helps feed the hungry, it renders some African states prisoners to the West and create dependency culture of the least developed countries on donor countries.

Of course, that is not to say, “foreign aids” are all bad. For example, recent reports by the USAID suggest that foreign aid continue to support South Sudan’s refugees that are flowing in numbers in neighbouring countries. Moreover, Africa accounts for around 20 percent of US aid, with Egypt, Kenya, and South Sudan being the biggest beneficiaries.

Hamlet Hlomendlini is an Agricultural Economist based in South Africa. Currently, Hlomendlini serves as Chief Economist at Agri South Africa, working in the advocacy policy space with special attention on trade policy, industrial policy, taxation, financing, and land reform. He has written a number of thought leadership articles on economic and trade issues relating to the South African Agricultural Sector.