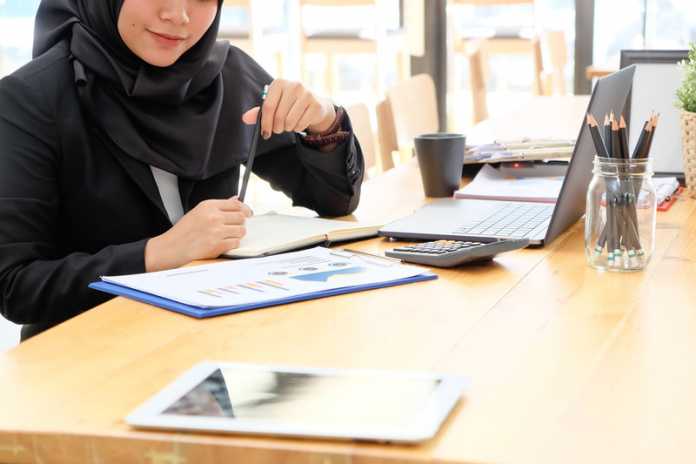 Gaining public trust is the key to the progressive development of Islamic banks. The growth of Islamic banks has slowed down in recent times, and we need to make a kind of “breakthrough” to boost it again. Compared to its conventional counterpart, it had different beginnings in the business. Conventional banking had a head start a long time ago, and was rooted in an economic system. This was followed later by the emergence of Islamic banking, with its growth failing to match that of the Muslim population. After the 2008 economic crisis, it was clear that Islamic banking had survived the shock. Even so, we still need to improve society’s trust in Islamic banks. People in Indonesia, primarily a Muslim society, need to be certain that Islamic banks are operating differently, based on Islamic principles. Islamic banks should be the locomotive for taking care of ethical and social aspects in delivering their services to their customers and related stakeholders.

According to Aishah, Ali, Muhammadun, et al. (2015), there has been a discrepancy between banking needs and market offers. Listening to the experiences of customers, it is frequently found that Islamic banks fail to deliver ethical services to their clients. To give assurance to the customers, it is crucial for Islamic banks to conduct sharia audit on their reporting, both internally and externally. Sharia audit is an independent exercise that aims to examine the effectiveness of internal control for sharia compliance within the organisation. It results in a statement regarding the compliance of an Islamic bank in its operations with regard to such matters as fatwa (non-binding legal opinion on a point of Islamic law given by a qualified jurist), the AAOIFI (Accounting and Auditing Organization for Islamic Financial Institutions) standard, the Sharia accounting standard at the national level, and relevant existing policy/regulations in the country.

Indonesia has declared its intention to adopt the AAOIFI standard and, with the release of a new standard for external audit, is expected to show consistency and commitment by being prepared for this standard. In fact, however, we could find hardly any evidence that serious preparation has taken place. It is widely known that there is still an inadequate supply of external sharia auditors compared to the escalated growth of IFIs in Indonesia. A number of auditors who conduct auditing for Islamic banks are trained in sharia but do not hold a degree in sharia auditing. On the other hand, the number of people who are taking professional degrees is also still below the minimum standard.

Hence, as the industry awaits the arrival of more sharia accounting graduates to take up their responsibilities, the current situation should encourage external sharia auditors to apply the new AAOIFI standard of external audit in order to bring uniformity and to provide clarification with regard to what is to become the international standard. The measurement of this different standard might result in additional work, and its implementation will require some readjustments to be made. In the context of free trade, it should have the effect of prompting industry to adopt an international standard. The uniformity of the external sharia audit standard has put the industry at ease. It is to be applied not only locally, but internationally. In short, it simplifies the work of those who have the authority to regulate the auditing operations of Islamic banks.

Despite the issues conventional banks commonly face within risk management, in Islamic banks there are two additional risks, namely profit share and compliance risk, to be considered. In this regard, there are three institutions that have an essential role in keeping external sharia auditing up to standard. Firstly, DSN-MUI (National Sharia Boards of Indonesia) plays a crucial role in managing the product compliance of IFIs, particularly Islamic banking. DSN-MUI has been a safety net as an institution for educating people in terms of its aqad (agreement). An external sharia auditor should have a good understanding of the product contract, in order to understand and audit the financial report meticulously. The fact that financial products should comply with the Islamic principle means that bookkeeping can be guided in the right directions. Furthermore, a bank cannot be considered Islamic unless it applies contracts correctly in its everyday business, since this relates to Islamic religious principle. The correct application of that principle has the potential to accelerate the process of gaining society’s trust.

Nevertheless, the correct application of principle will be futile unless the audit is carried out using the correct sharia auditing standard – in this case, the AAOIFI external sharia auditing standard. DSN-MUI could be the first layer of authority for Indonesia, punishing those whose products are not sharia compliant, as this is a difficult, yet crucial, goal to be achieved. By adopting this procedure, it is expected that every banking institution will follow the rules and improve society’s trust not only in the ability of banks to generate profit and protect their assets, but also to act in accordance with sharia principle.

Secondly, all auditing firms should be in control of this. Most IFIs use multinational auditing firms for their big names in order to earn public trust. Hence, it has been the responsibility of auditing firms to keep their practice on track. Thirdly, and alternatively, an international auditing standard-setter such as AAOIFI might lend a hand to ensure a fair and appropriate understanding and implementation of the standard. By doing so, there is little likelihood of a disoriented operation of external audit in Islamic banks in Indonesia. Last, but not least, we cannot ignore the role of auditing certificate institutions in keeping the quality of the certification of audit qualification holders up to standard. This will have the effect of redirecting the industry towards the path on which it should have been from the very beginning.

Vita Arumsari’s a researcher and lecturer in one of the vocational-based Universities in Indonesia with interests in Islamic finance, poverty alleviation, and management. She earned a master’s degree in Islamic Finance from Durham University, the United Kingdom. 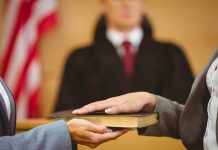