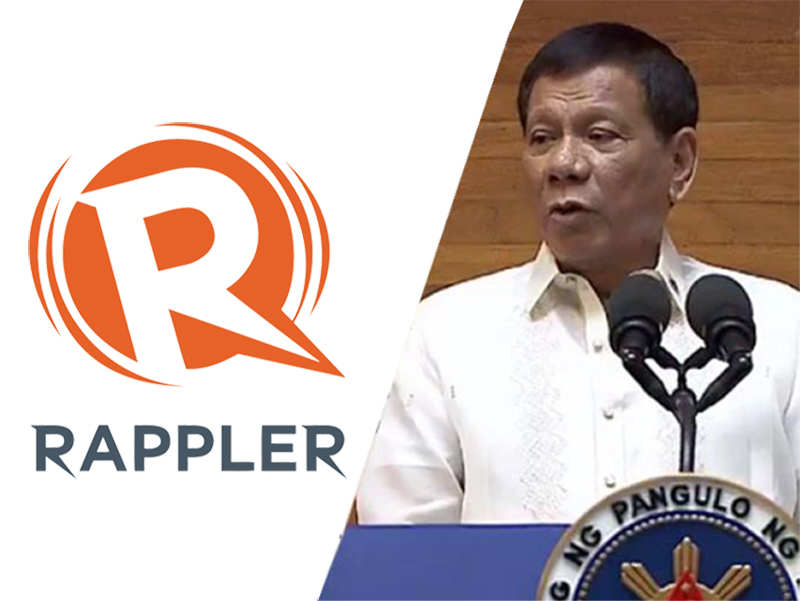 Accusing traitors of treason and treasonable behaviour rather than anything else is crucial in an environment in which the media is busy generating fake news and or analysing events in order to confuse the consumer.

Rappler, for example, consistently attacks President Duterte. Even were the President the angel Gabriel and the cabinet the most kindest and generous saints; this still wouldn’t be enough for Rappler and its supporters (like Ramon of Ateneo and Luistro of De La Salle). The latter two talk about truth when they know they are lying and they know Rappler is propagating lies.

But Why? you ask.

Because they don’t like the societal change which is transforming the Philippines into an economic and cultural force. President Duterte does not belong to their colonialist mind set.

For these people and others who also share this type of slave mentality, I guess what hurts them most is that the Philippines is not being invaded again by a Western power: and that the masses are actually going to be allowed to be educated and have a chance to break the casta system. Thanks again, of course, to the present government led by President Duterte.

This is the real reason that drives Rappler and those aligned with Western powers.
Rappler and other media which behave like Fifth columnists waving their flags of betrayal are in effect signalling to the enemies of the state that they are ready and prepared to do anything to dismantle progress and deliver this country to vassal status.

One notable anti-aparthied activist said that the hearts of racists beat as one. Well the hearts of these people do not beat for or at the same tempo as that of Filipinos who love their country and share the aspirations of the masses who voted for their President.

They will never be happy until there is a traitor in power.

President Duterte is a loyal Filipino. He is a wise and truthful leader. And he is known and admired for his determination to stamp out corruption. Yet he has one weakness. He is too kind to his enemies: especially when he knows they are in effect the traitors who are also the enemies of the Philippines.

These people are committing treason. Let’s arrest them for that. You want to encourage students to support the lies of Rappler and you call it the right to protect freedom, yet you would happily be colonised again. Arrest anyone who is disloyal to the state or whose words and actions undermine the leadership. Investigate who is supporting them.

And crucially, shut down these 5th column media houses, give no airtime to the Delimas or Trillianes’s. Anyone who is funded by any power hostile in any way to this state’s leadership is a traitor: this is treason. Call it what it is, and anyone who defends these traitors is confusing the people.

One needs to call treason just that: these people are involved in treasonable acts.

They do not deserve freedom or freedom of speech. And the owners of these media outlets. Take away everything they possess and imprison them.