Good morning, Mr. Ñecco! Thank you for taking the time to talk to us today. First, please can you tell us how ProInversión Perú started? What were the motivations and historical context that led to the creation of the agency?

Good morning. The Agency for the Promotion of Private Investment (ProInversión) is a public agency in Peru. Its mission is to incorporate the participation of private investment in the development of infrastructure projects in the form of Public-Private Partnerships (PPPs), in order to boost the country’s competitiveness and promote its sustainable development.

From 2011 to 2018, ProInversión has awarded 83 PPP projects with an estimated value of US$ 27.41Bn. Moreover, in recent years, ProInversión has promoted the development of projects under the innovative modality called “ Works for Taxes”. Through this modality, companies pay up to 50% of their annual income tax through the execution of prioritised public works.

You are an economist with over 15 years of experience in Investment Banking, Corporate Finance, and Project Management, both in Peru and internationally. You became the Executive Director of ProInversión Perú in October 2017. How was the transition into your current position?

After many years in the private sector, I felt that it was my duty as a Peruvian to apply all the knowledge I had acquired and try to make a difference in the public sector. ProInversión is one of the most important government institutions in Peru and the scope of its actions impacts the lives of millions of Peruvians who expect more and better infrastructure which allows them to improve their quality of life and increase the competitiveness of their productive activities.

So far, what has been your proudest moment as ProInversión Peru’s Executive Director?

From the beginning, we have been focussed on developing a world-class agency for infrastructure projects, seeking to reduce Peru’s current infrastructure gap. This work has already been reflected in the projects we have awarded for the benefit of the Peruvians. For example, the Michiquillay Project (mining project) gained wide social acceptance and will create employment in the region. The wastewater treatment plants of Lake Titicaca will improve quality of life for 1.2 million people in the Puno Region.

Alberto Ñecco, Executive Director of ProInversion, Degree in Economics from the University of Lima. MBA in Management and Business Administration from INSEAD, Alberto Ñecco has over 15 years of experience in Investment Banking, Corporate Finance and Project Management, both in Peru and internationally. He has also occupied leading managerial positions with responsibilities over projects in several countries of the Latam and Caribbean Regions.

Throughout his career, he has been involved in various corporate finance operations, mergers and acquisitions and complex negotiations in various sectors and territories through international organizations as Investment Bank ING, Deutsche Bank and Credicorp Group. 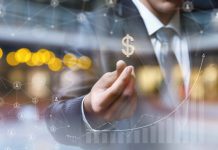 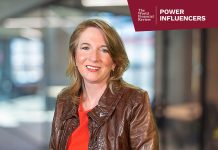