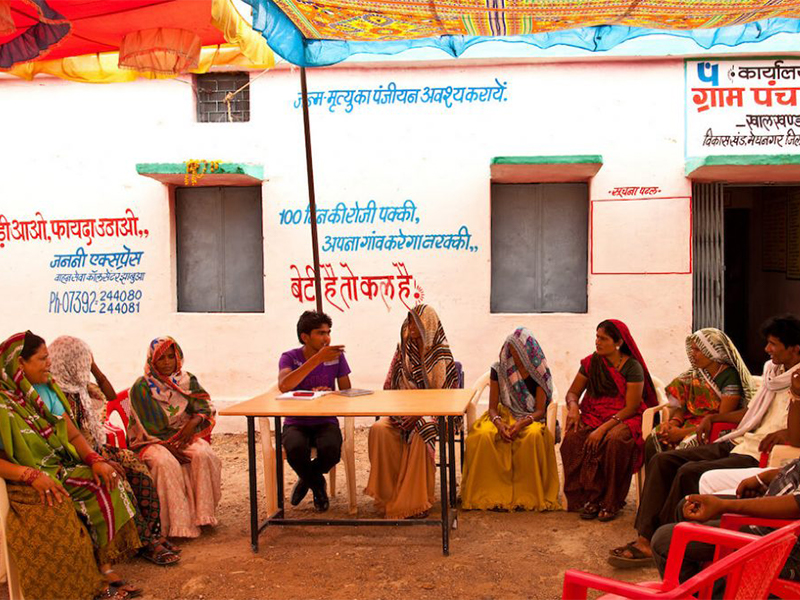 The psychological construct of the Elected Women Representatives (EWRs) is a significantly relevant and yet surprisingly ignored subject in India. This article is a synopsis of some of the pathbreaking findings of a probe into the minds of EWRs.

Elected Women Representatives (EWRs) are the harbingers of change in rural political governance, a necessary ingredient for the economically inclusive prosperity in India. And yet, the psychology of EWRs remains unexplored, at worst, and tainted with gender bias, at best. The interrelationships between their own thoughts, emotions, and behaviours, as well as those of their families, Village Council (VC) members, and villagers reveal to us the underlying variables that could potentially move the needle from stagnation to progress at the grassroots of Indian villages. If EWRs were to play the role of improving the economic well-being of the villagers, perhaps, a necessary condition to make the growth “inclusive”, it is important to fathom the variables that influence their performance in effectively designing and implementing the village level agenda and thereby moving the needle.

In my search of the unconscious mind of EWRs, I examined over 150 emotions to understand what moves this needle and several themes stood out. I have commented on the three of them in this article. First, seven emotions – self-confidence, love, learning, authenticity, survival instinct, social engagement, and fairness have the most significant influence on the performance of EWRs. Second, performing EWRs see their leadership role in Village Councils as that of “mother-leaders” of an extended family of villagers, while underperforming EWRs see it as a competing commitment, which conflicts with their role as homemakers. Third, performing or successful EWRs succeeded in implementing their intended actions, as part of a progress plan drafted by the Village Council (VC). Underperforming EWRs were unable to garner support from VC members or villagers in implementing the agenda.

Exhibit 1 shows the complex tapestry of the influence of these variables on each other, finally influencing the performance of EWRs. 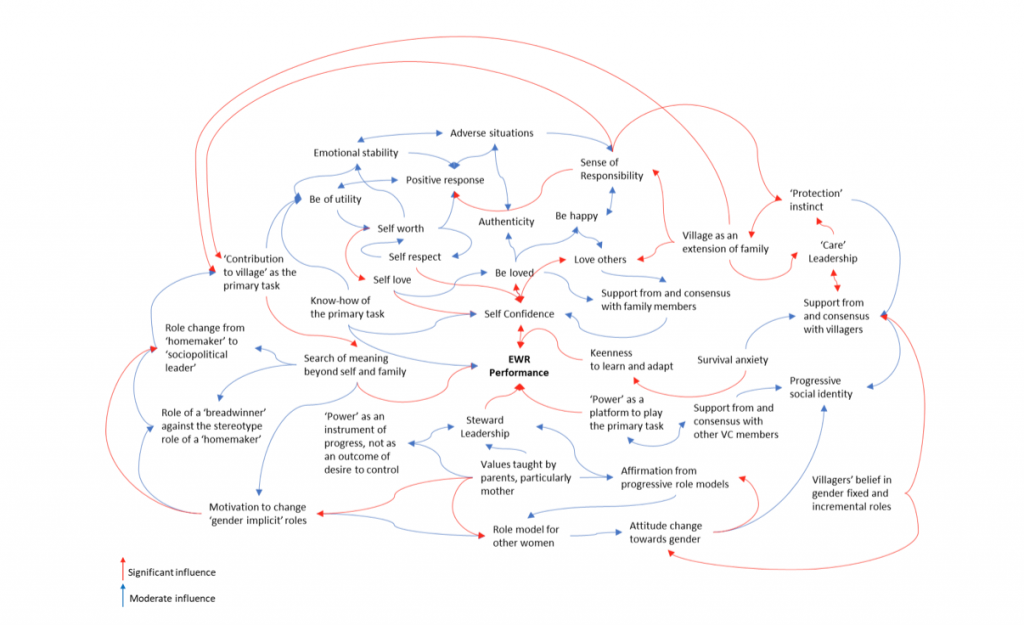 Among the three characteristics that characterised the performing EWRs, self-confidence emerged as the most important psychological attribute.

Successful or performing EWRs, unsurprisingly, have a positive mindset shadowing negative emotions. As I proved further, I found an astonishing correlation between the top three attributes that determine success – “Self-confidence”, “love” and “social engagement”. EWRs linked these attributes as “mutually reinforcing” towards their success, as they shared their lives, their struggles, their mental fortitude, and the approach to lives with me. On the other hand, less successful or underperforming EWRs were characterised by the attributes of “self-doubt”, “emotional incapacity” and “irresponsibility”.

Among the three characteristics that characterised the performing EWRs, self-confidence emerged as the most important psychological attribute.

EWRs who spread love appear to love themselves. They demonstrate self-worth, self-belief, and self-esteem. EWRs with self-esteem and self-worth usually have strong survival instincts. They learn fast and adapt; this prompts them to make the effort to build the knowledge they need to accomplish their primary task. Spreading love does not come easily unless one loves oneself and has self-esteem and respect. An astounding 92% of the successful EWRs celebrated the ideas of self-esteem and self-respect, while over 80% of the sub-optimal performers thought the idea of self-respect was overrated!

Samir Sathe is an Executive Vice President, Advantage Program, India, at Wadhwani Foundation, a global philanthropic enterprise. Samir is a Master in Change from INSEAD and has 25 years of research, strategy consulting and leadership experience. He is committed to the causes of entrepreneurship, employment and women. 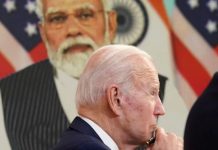