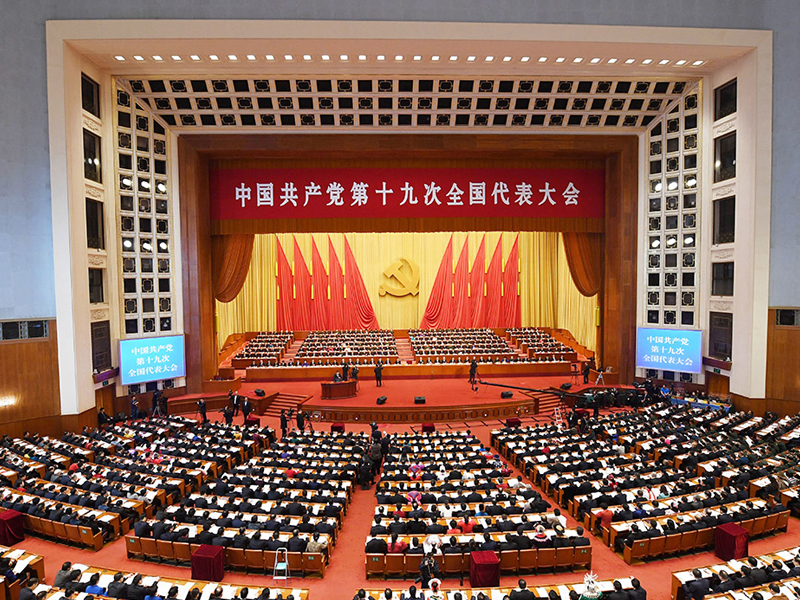 By Yu Xiong and Senmao Xia

In October 2017, the 19th National Congress of Communist Party of China (CPC) clarified China’s newest strategy of achieving a full modernisation by 2035 and becoming a global leading power by 2050. This congress once again stressed the importance of open and globalisation in realising China’s vision. In the same month, the US confirmed it will withdraw from United Nation Educational, Scientific and Cultural Organization (UNESCO) by the end of 2018. This is a newest move to show the US’s “America First” policy, after the US decided to pull out of Paris Climate Agreement in August and Trans-Pacific Partnership (TTP) in January this year. Many voices within the US strongly oppose globalisation as a lot of ordinary people find it hurt their interests. Some American politicians accuse other countries of free-riders as they think these countries benefit from globalisation but leave global responsibilities to the US. In recent years, the US pays more attention to its domestic issues and leaves more global responsibilities to other countries.

China contributed to around 30% of the global economic growth in the last five years, while the US’s contribution was less than 20%, according to the data of International Monetary Fund (IMF).

The world is experiencing a significant shift between two global powers. Although the US is still the largest economy, the gap between the US and China is diminishing rapidly. China contributed to around 30% of the global economic growth in the last five years, while the US’s contribution was less than 20%, according to the data of International Monetary Fund (IMF). When the US is concerned about globalisation, China spares no effort in contributing to globalisation. China’s president XI Jinping publicly welcomed all countries to ride on China’s development in his speech in World Economic Forum (WEF) in 2017.

Britain is a visionary country and was good at taking advantage of the shift of world economic orders in the last several hundred years, so is this time. In fact, UK has been trying to play an irreplaceable role in facilitating China to change the governing institutes of global economy, introduce a new global innovation-spillover pattern, as well as endorse the “created-in-China”.

With the strong support of Britain, China has been taking two approaches, or “walking on two legs” in a Chinese saying, to change global economic governing bodies. One traditional way is to gain more voice in traditional international institutes, such as IMF, World Bank (WB) and so on. The other newer approach is to push new global initiatives, e.g. One Belt One Road (OBOR), supported by China-led global institutions, such as, Asian Infrastructure Investment Bank (AIIB) and Silk Road Fund (SRF). To accelerate the internationalisation of China’s currency-RMB, UK not only pushes London to become the one of the biggest offshore centres for RMB, but also was the first major country to support RMB to join IMF’s Special Drawing Right (SDR). Further, although being regarded as the most closed ally with the US, who opposes AIIB, UK still determinedly became the first major western power to announce its participation to AIIB in 2015, which directly resulted more countries to follow. Also, UK actively supports OBOR while the US is still hesitated about its stance on the initiative proposed by China.

UK and China have been working to balance the global economy by introducing a new innovation-spillover path. UK owns top research capabilities in the world and has many prestigious research institutes. Nevertheless, the relatively limited domestic demand forces British companies to seek overseas emerging markets to further develop and commercialise the research outputs. At the same time, China owns the largest market in the world but needs more innovation to upgrade its domestic industries. UK-China technology and business collaboration will lead innovations and new products to first emerge in the Asia and Europe, which will enable more countries to participate in innovation and share the economic outputs. This is different from the old global innovation-spillover pattern where the US designs industrial standards and is usually the first market to commercialise innovation and launch new products, and then other countries gradually follow up. In this pattern, the US occupies the biggest share of the global economic cake. The new innovation-spillover path will enable China to accelerate its transfer from a factor-driven growth model to an innovation-driven one, which is important for China to overcome middle-income trap and maintain a long-term high growth rate. Meanwhile, it will help British research institutes gain more R&D funding, cultivate more world-level British companies.

UK-China technology and business collaboration will lead innovations and new products to first emerge in the Asia and Europe, which will enable more countries to participate in innovation and share the economic outputs.

In addition, UK has been acting as a gateway to endorse created-in-China, e.g. technological standards and brands, in global markets. Chinese economy is experiencing an upgrading from made-in-China to created-in-China. Recent years have witnessed more Chinese companies became global leaders in some industries, e.g. nuclear power and high-speed railway, but they still find it hard to be accepted by global markets, especially the western ones. Some experts attributed this to the disparate technological standards across countries and “historical prejudice”. Britain is not only renowned for its high threshold in the introduction of products & services, but also shares similar legal systems and technological standards with some western countries. Therefore, the endorsement of British market will be a springboard for the created-in-China to get the recognition by more overseas countries, especially the western markets. China’s national “going-out” strategy encourages Chinese investments to bring the created-in-China to overseas markets. In the period of Brexit, UK needs more foreign investments to boost its economy and further develop manufacturing industries, which is what China can offer. A recent case is the involvement of China Guangdong Nuclear Power Group in UK’s Hinkley Point power station programme.

In the period of Brexit, UK needs more foreign investments to boost its economy and further develop manufacturing industries, which is what China can offer.

UK would be the best partner of China in the West, said the former prime minister David Cameron. The present chancellor Philip Hammond calls China a natural partner of UK, especially in the post-Brexit era. In fact, the collaboration between UK and China is a win-win strategy. UK will get more leadership in the newly established global economic order, which will help Britain to keep and strengthen its global influence. At the same time, UK can share with China much wisdom in governing the global affairs, considering UK is one of the only two countries that have the experience of leading the world after the industrial revolution. Therefore, with the UK’s support, China will be more powerful to redefine the global economic order. UK-China’s ever more closed comprehensive collaboration, called golden age, has become a model for the rest of the world to follow, especially for those western countries who have not yet been clear on how to work with China and how to adapt to the upcoming new global economic order.

Featured Image:  The 19th National Congress of the Communist Party of China (CPC) October 18, at the Great Hall of the People in Beijing. © Photo/Xinhua

Professor Yu Xiong is the Chair of Technology and Operations Management in Newcastle Business School of Northumbria University. He has been advising the Department of Business, Energy and Industrial Strategies (BEIS) in the UK about innovation collaboration with China, via his role as a core member of the China UK Innovation Expert Group run by the BEIS. In China he was appointed to be a member of the International Affairs Committee, Chinese People’s Political Consultative Conference in Chongqing (Chinese provincial parliament). He is also a committee member of the All China Youth Federation, and win the prestigious May 4th Medal presented by Chongqing Government.