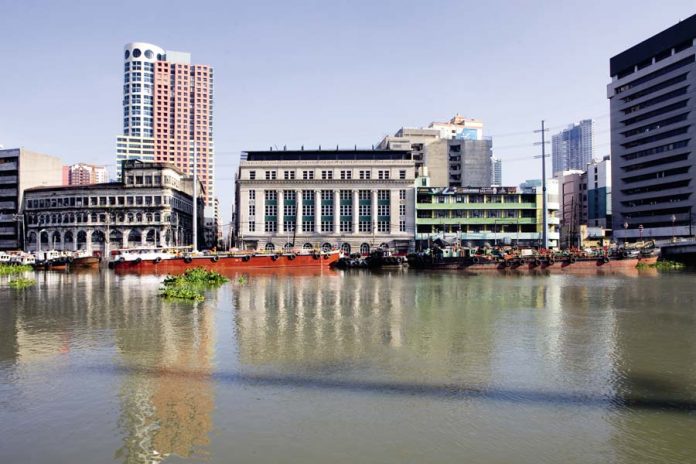 By international comparison, the Philippines should not necessarily suffer from major water crises. So why has Metro Manila turned into a Cape Town?

According to data by World Resources International (WRI), 17 countries – home to one-quarter of the world’s population – are coping with “extremely high” levels of baseline water stress. That’s because irrigated agriculture, industries and municipalities withdraw annually more than 80% of available supply.

The countries that belong to the fourth group of “low-medium” baseline presumably suffer less from water stress. It includes the United States, Japan and UK, and Russia. Despite its water woes, the Philippines is listed in this group.

If water stress should be tolerable in the Philippines, why are realities different?

The responsible government agencies and water companies argue that the private sector “saved” Metro Manila from the water crisis in the 1990s. Nevertheless, the concession agreements with Maynilad Water Services and Manila Water were heavily criticized at the time.

The defenders of the deal suggest that the government was compelled to sweeten up the concession agreement for companies so that they would be willing to patch up Manila’s water system. Yet, the agreement rests on an arrangement, which ensures companies lucrative profits, while risks were passed on to the government and consumers, due to controversial rate rebasing- setting of basic water rates.

Instead of investing on Philippine water safety, water companies seem to prefer substantial dividends. They have also spent millions for expenses like sports, “philanthropic donations,” and reportedly have departments with more managers than rank-and-file employees. Some of these oddities might be explained by the personal hobbies of Maynilad Water’s CEO “Manny” Pangilinan, a well-known sports patron and team owner. But private hobbies should not thrive at the public’s expense.

Maynilad Water also has interlocking corporate structures associating Pangilinan with Hong Kong-based First Pacific Company Ltd and the group’s investments in Metro Pacific Investment Corp, PLDT and Philex Mining Corp., and think-tanks that have parallel structures with U.S. organizations and controversial foreign interests – including ones that seek to shape domestic and regional geopolitics.

One might think that an exclusive focus on water security would be more warranted.

In March, the World Health Organization (WHO) stated that in the Philippines 1 in 10 people still do not have access to improved water sources, especially in rural communities. In 2016, one of the top 10 leading causes of death in the Philippines was acute watery diarrhea, claiming over 139,000 lives. By spring, the situation was set to worsen as the country is beset by the El Niño phenomenon and climate change that can contribute to rising temperature, drying up water sources.

When water is scarce, people – particularly poorer people – are often forced to rely on drinking water sources that are not safe. And as they are unlikely to have sufficient water for basic hygiene, they become increasingly vulnerable to foodborne and waterborne diseases. Low or negative water pressure in pipes due to short supply attracts contaminants that put water quality at risk when the supply is restored.

Moreover, limited supply obliges people to store more water. If not handled properly (and the likelihood increases with poverty), this will provide more opportunities for mosquitoes to breed increasing cases of mosquito-borne diseases, such as dengue fever. According to Department of Health (DOH), more than 402,000 dengue cases were reported nationwide as of Nov. 16, a 92% increase from last year.

While the dengue explosion was affected by many forces, including lack of adequate vaccination and a severe typhoon season, it would be naïve to ignore the impact of severe water challenges through the year.

How water became an international challenge

Water crises are becoming more commonplace. In early fall, water reservoirs in Chennai, one of India’s megacities, were almost dry. Last year, South Africa was in headlines when the people of Cape Town barely avoided their water shutoff. And the year before, Rome had to start rationing water to conserve resources.

While increasing water challenges are often attributed to “climate change,” the underlying reasons are more complicated and go beyond the simple issue of drought. In a recent report, WRI discovered that water withdrawals globally have more than doubled since the 1960s, due to rising demand and show few signs of slowing down.

Many water companies explain the problems by reference to modernization and the rise of new middle-classes. In this view, population growth, development and urbanization are increasing water demands, while climate change is making precipitation and demand more variable.

Yet, none of these phenomena change overnight. Big shifts in population growth take decades, even generations. Development is a long-term process. The transition from agricultural societies to urban centers often requires four to five decades.

Successful businesses know how to adjust to fluctuations of demand in a proactive manner. The big question is why, instead of embracing a flexible long-term strategy, Philippine water companies have not adequately prepared for these challenges that have been building for decades?

Dan Steinbock is an internationally recognized strategist of the multipolar world and the founder of Difference Group. He has served at the India, China and America Institute (US), the Shanghai Institutes for International Studies (China) and the EU Center (Singapore). For more, see https://www.differencegroup.net/

The original version was published by The Manila Times on December 16, 2019.

Is It Worth It To Spend Money On Garbage Disposal?