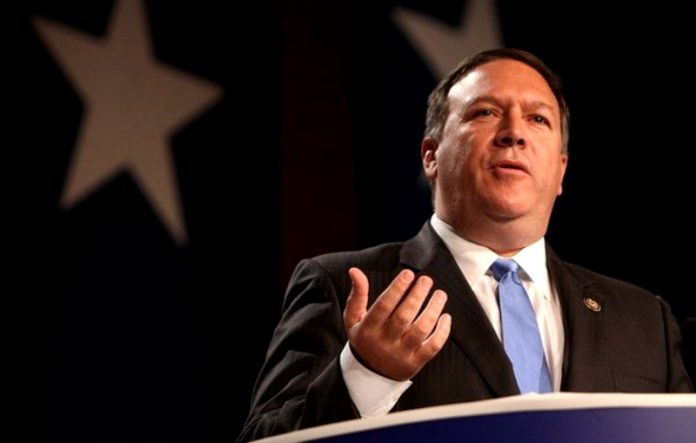 According to US Secretary of State, Mike Pompeo, the US will help “legitimate governments” in Latin America, in order to prevent protests from “morphing into riots”.

From what we are seeing this “legitimization” may be expanded to rest of the world. Because Washington instigated destabilizing unrest goes on throughout the world. We may as well call it “Operation Condor 2.0 – Expanded”. It promises to become devastating, oppressive and murderous on all Continents. A transformation from whatever ‘freedom’ may have existed to neoliberal dictatorships bending towards neofascism.

The original “Operation Condor” was a campaign by the United States to bring ‘order’ into her backyard, i.e. Latin America. In other words, it was a repressive move that started in 1968 and concluded around the time of the fall of the Berlin Wall. We are talking about more than 20 years of right-wing repression, especially but not exclusively directed on the Southern Cone of South America.

It included such military dictators like Jorge Rafael Videla in Argentina. He came to power in 1976 by a US supported military coup, deposing Isabel Martinez de Perón. Comandante Videla stayed in power during five years until 1981, period in which he brutally oppressed Argentinians, especially the opposition. It is reported that during this period more than 30,000 people ‘disappeared’ – never to return. They were tortured and killed. Some of the dissidents were dropped from helicopters into the Rio de Plata.

Another, better known dictator was Augusto Pinochet, who was directly helped by the CIA and then President Nixon’s National Security Adviser, Henry Kissinger – to overturn the democratically elected government of Salvador Allende in a bloody coup on 11 September 1973. Pinochet introduced as a first in Latin America neoliberal economics through a group of economists from the Economic School of Chicago, the so-called “Chicago Boys”. The resulting austerity brought extreme poverty and famine to Chileans. The ensuing 17 years were a horror, with over 40,000 people ‘disappeared’ or outright murdered.

Other countries that went through one or several “Operation Condor” cleansings, included Ecuador, Colombia, Brazil, Bolivia, Uruguay, Paraguay, Guatemala, Honduras, El Salvador and possibly others. It was a despicable and deadly period for Latin America. In all, an estimated 80,000 to 100,000 people were killed and some 400,00 taken as political prisoners.

Not to forget any invented villains, he added, the US will “continue to support countries trying to prevent Cuba and Venezuela from hijacking those protests.” He went on accused Russia of “malign” influence in Latin America and of “propping up” the democratically elected Venezuelan government of Nicolas Maduro.

Such remarks come after the US-led November 10 military coup in Bolivia. Amazing that nobody dares stand up and answer him. Are all afraid?

And this especially in the light of having in Bolivia now an opposition dictator, the self-declared interim President (much like Venezuela’s Juan Guaidó),Jeanine Añez, who acts with impunity following fascists and racist orders from Washington – indiscriminately killing her own country-women and men – who happen to be indigenous people. Although she promised new elections, Añez has not set a date, but rather is undoing almost everything Evo Morales has achieved for the people of Bolivia, by privatizing public assets and services, as well as abolishing social safety nets by decree.

Pompeo concluded by saying there remains an “awful lot of work to do” in the region, meaning Latin America as the US’s “back yard.” He also warned against “predatory Chinese activities” in the region, which he claimed can lead countries to make deals that “seem attractive” but are “bad” for citizens.

The new repression that we see in Latin America is not homogenous. In Chile at the surface it looks like the protests started over a metro-fare hike of the equivalent of 4 cents (US-dollar cents) – and then expanded violently to oppose political and economic injustice in Chile, directed against Chile’s neoliberal President, Sebastian Piñera. In Bolivia protests are against an US-induced military coup; in Ecuador they are directed against an austerity-inflicting IMF loan, in Colombia, they appeared suddenly against the corruption and injustice of the Iván Duque presidency; and in Brazil, against the neofascist austerity reforms by Jair Bolsonaro. Copy cats? What’s good for our neighbors, is good for us? – I don’t think so.

It looks much more like a concerted effort by the US to enhance and bolster protests from whatever side they come, to be able to install fully repressive governments, of course, with the help of the US and her secret services – funded by the usual NED (National Endowment for Democracy) and other NGOs that would help install within the respective governments strong 5th Columns, so as to detect early warning signals and crackdown in time on any opposition.

“Operation Condor 2.0 Expanded” – Expanded refers to similar violent protests going on in other parts of the world – practically simultaneously. Take Lebanon, Iraq, Iran, Ukraine, Afgnaistan, and now France – no matter from which side they come – repression and state of siege, if necessary, are of the order – total repression, that is. All with the help of the US – and, not to forget NATO. This is certainly a key justification to keep NATO alive – to avoid opposition to spread and to risk abolishing the faltering US hegemony.

The rogue nation and bulldozer won’t stop necessarily in front of your borders. To the contrary, they may seek any entry they can get – as they are already doing in China with Hong Kong, not letting go despite the various concessions already made by HK’s Chief Executive, Carrie Lam, supported by Beijing.

We are, indeed, in the midst of a new “Operation Condor”; or “Operation Condor 2.0 – Expanded”. Full repression worldwide. In preparation of the next planned global recession, planned by the US-led western banking and financial sector. A recession that will likely outdo whatever we have known in the recent past, and make the 2008 /09 downfall look like a walk in the park. The repression now, it is hoped, will prevent people from going on the barricades when they suffer the next cut in salaries, pensions and other social services, already at an unlivable level.  Authoritarianism and tyranny must be efficient and total with a para-military police, enhanced by the armed forces, if necessary. It’s going to be another transfer of assets and social capital from the bottom to the top.

This has been sensed perhaps intuitively by the French – who have been protesting in the form of Yellow Vests against Macron’s regime for more than a year – and now in the form of a CGT- syndicate organized open-ended general strike. Repression is massive – an estimated 1.5 million people in the streets of the major French cities, all public transportation disrupted. There have even been rumors that the police forces may also join the strike, because they realize they are part of the oppressed and abused by Macron’s neoliberal austerity policies. This is reflected by the four times higher suicide rates among police officers, as compared to the average French.

China and Russia beware. The rogue nation and bulldozer won’t stop necessarily in front of your borders. To the contrary, they may seek any entry they can get – as they are already doing in China with Hong Kong, not letting go despite the various concessions already made by HK’s Chief Executive, Carrie Lam, supported by Beijing; and also in the autonomous Region of Xinjiang, with the mostly Muslim Uyghur people, many of whom are being recruited by the CIA across the border from Afghanistan, trained and funded to cause destabilizing unrest.

In view of all of this, President Putin’s recent overture to Israel, especially to PM Netanyahu, is worrisome. Netanyahu is by all accounts part of the repressive wave engulfing our Mother Earth, and, in addition, with his cruel policies against Palestine, he may be considered a mass-murderer.

Is It Worth It To Spend Money On Garbage Disposal?