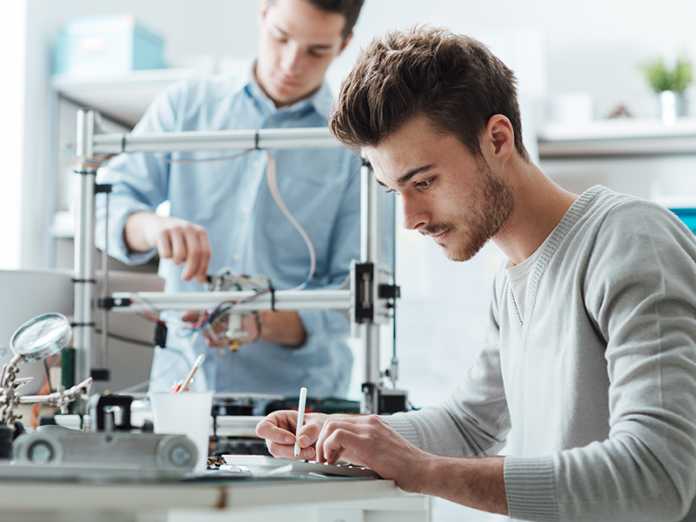 Being marked as an innovative country is crucial in how able and savvy one’s nation is considered to be when it comes down to transforming itself to propel growth and prosperity. Yet the fact that innovation happens is often taken for granted; how innovation is developed and sustained remains mostly unexplored.

So, why are some countries blessed with more innovators devoting their time to developing new ideas, products or solutions than other countries? Previous studies have shown that education systems play an important role in increasing human capital and, in turn, innovation and economic growth.

Education not only provides people with the opportunity to acquire new skills and knowledge, it can also increase liberalisation values in the form of autonomy and personal freedom. In other words, education can give people the faculties to open their minds to think freely, independently and creatively.

Education not only provides people with the opportunity to acquire new skills and knowledge, it can also increase liberalisation values in the form of autonomy and personal freedom.

In a study of 96 countries across the world (Van Hiel et al., 2018), we tried to understand whether individuals who participate in higher levels of education develop a more liberalised mindset, and whether this impacts a country’s innovation and its economic growth.

In highly developed countries such as Norway, Canada and Japan, we found that having a higher level of education is strongly correlated to having a liberalised mindset. Through this increased liberalisation, education resulted in higher innovation ratings in these countries.

However, this was not the case in developing countries such as Nigeria and Tunisia, where individuals participating in higher levels of education remained as conservative as before, or only showed a small increase in liberalisation values, which, in turn,
impeded innovation.

Our research has significant implications, highlighting the importance of education in not only facilitating learning, but to also ensuring this knowledge is put to innovative use by promoting a search for autonomy and freethinking.

The countries included in the study ranged from very poor, developing nations to prosperous, developed countries according to the United Nations’ Human Development Index (HDI), a measure of development that combines economic prosperity and well-being.

Our findings indicate that education has different effects on the pace of liberalisation between developed and developing countries. In developing countries, measuring low on the HDI, where liberalised values are not fostered through education, people tend to prefer the status quo and oppose change. Such closed mindsets are less conducive to innovative thinking – the main driving force of growth and higher living standards.

In contrast, education systems in developed countries high on the HDI, continue to promote the development of liberalised values where people typically view change as positive and necessary.  Because education is widely available in developed countries, it helps drive a shift towards more people embracing these values, which in turn stimulates a continuous stream of innovations to generate
even more growth.

In less developed countries, the small group of highly educated people who only shift a small degree in the liberalised direction will have too little influence to shift a given country’s mentality, creating a widening economic gap between developed and
developing countries.

Our findings show that factors such as personal freedom and creating a personal identity have played (and continue to play) an important role in helping developed countries achieve an innovation mindset.

Our findings show that factors such as personal freedom and creating a personal identity have played (and continue to play) an important role in helping developed countries achieve an innovation mindset.

Can Education Change the World?

In today’s era of disruption, innovation will be more critical than ever to grow the next wave of companies and initiatives that can reap new levels of economic growth. In fact, according to the World Economic Forum, by 2020 creativity will be in the top three most important skills for future jobs, alongside complex problem solving and critical thinking.

The impact educational institutions have on the economy and wider society through their ability to drive innovation is high on the global agenda. It is reflected in the Times Higher Education new global university ranking which now focuses on areas such as a university’s ability to foster innovation, contribute to economic growth and forge global partnerships.

Nurturing autonomy could include immersive experiences that help students open their minds to new ideas and possibilities. A starting point for such experiences can easily be instigated by re-addressing business and societal issues by learning about cross-cultural differences and promoting a kind of circular thinking where each time the opposite framework is being used to think of innovative solutions. This can make students aware of how important it is to deal with uncertainty and navigate their way through challenging situations, empowering them to solve problems independently and take calculated
risks to succeed.

An educational climate is also fostered by society and its approach towards citizens. In developing countries, efforts need to be intensified to drive innovation through freedom of thought that sits at the heart of a dynamic and thriving society. Reforming educational systems to allow greater liberalised values could be the key to breaking the vicious cycle of underdevelopment in many countries.

If education can change the world, then this seems to be particularly true for developed countries that foster liberalisation values. Education is one of the few national institutions through which we can build an innovative society that not only drives wealth creation but also helps end poverty, hunger and climate change.  If we free our minds the possibilities are endless.

David De Cremer is provost’s chair and professor in the Department of Management and Organisation and founder and director of the Centre on AI Technology for Humankind (AiTH) at the National University of Singapore (NUS) Business School. Before moving to NUS, he was the KPMG chaired professor in management studies at the University of Cambridge. He is named one of the World’s Top 30 Management Gurus and Speakers in 2020 by the
organization GlobalGurus.

Alain Van Hiel is a social and political psychologist and professor in the Department of Developmental, Personality, and social psychology at the Ghent University.