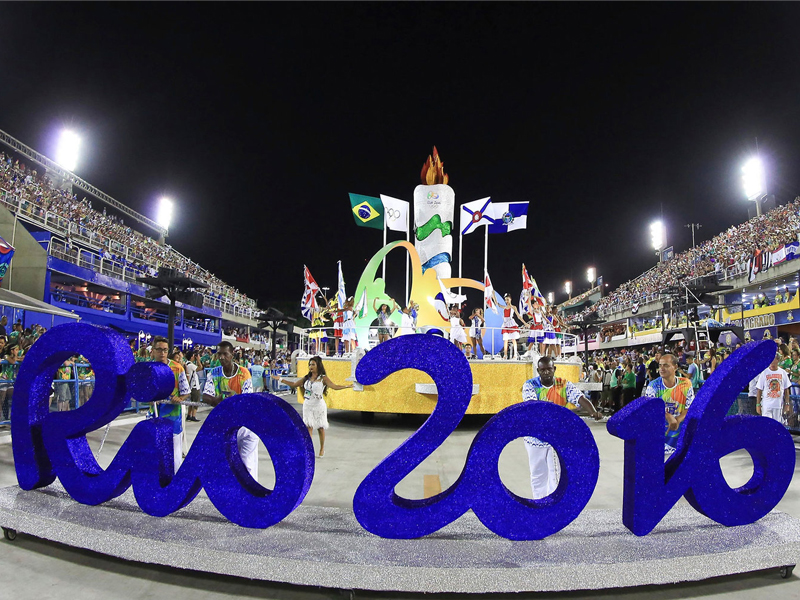 Olympics celebrate struggle for excellence, not costs. As more emerging economies are hosting Olympics, it is time to recall the Olympic Creed.

When Brazil won the right to host the Summer Games over six years ago, its economy was booming after years of President Lula’s successful economic policies. Today, Brazilian economy is struggling amidst its worst recession since the 1930s,

But the economic fall of Brazil’s host capacity is only a part of the big picture. The other part has to do with cost overruns.

Worse, cost overruns have been the rule of summer and winter Olympics since the 1960s.

When the first Olympic Games were held in Athens in 1896, the final bill was $10 million, in today’s money. The first billion-dollar games ensued in Berlin 1936, when Nazi Germany’s expenditures soared to $1.7 billion. In turn, the postwar austerity ensured that the costs in London in 1948 were around $30 million.

The total Olympic budget is far higher. It was initially estimated at $12 billion, whereas the current estimated bill is closer to $20 billion – more than 22 times what Brazil is spending to contain the Zika virus.

As expenditures began to climb in the 1970s and 1980s, cost overruns have often meant substantial social losses following the games. Montreal’s 1976 Summer Games are case in point. The Canadian city spent the next three decades paying off the multi-billion bill.

In the past 25 years, costs and cost overruns have soared. Olympics in Barcelona 1992 ($9.7 billion cost, 266% cost overrun) and Athens 2004 ($3 billion, 49%) contributed to soaring debt in both Spain and Greece, which fuelled the subsequent European sovereign debt crisis. Moreover, the high costs of London 2012 ($15 billion, 76%) and Sochi ($22 billion, 289%) added to heavy indebtedness in the UK and economic erosion in Russia.

In the past 25 years, when the cost factor has been less than $5-$7 billion and cost overruns have been kept under 25 percent, the final bill has been debated but tolerated. In the case of summer games, only few hosts – Beijing in 2008 – have managed to keep the cost overrun low.

At the same time, the hosts are changing. Winter Olympics were initiated in France in 1924. For nine long decades the Winter Olympics took place mainly in advanced economies, some of which have hosted the games twice or more (incl. Switzerland, the US, and Japan).

Although summer games were initiated in Greece in 1896, the first Olympics in an emerging economy took place in Mexico City in 1968, followed by Moscow in 1980 and Beijing in 2008. In the past decade, the Olympic torch has begun to shift from advanced economies to emerging nations. The trend will continue, as evidenced by the Winter Games in South Korea (2018) and China (2022).

Olympics should not be the exclusive monopoly of wealthy advanced economies or large emerging economies. However, as economic momentum is shifting from advanced West to emerging Asia and Americas, living standards in the host cities, as measured by GDP per capita will be lower. As a result, challenges will accumulate.

In the future, there are three probable scenarios for Olympic Games. In the Dead-End Scenario, the Olympics will continue as before. In that case, soaring costs and cost overruns will virtually ensure that the games will be held mainly and repeatedly in prosperous economies, or in a few large emerging nations. In weaker economies, the games are vulnerable to further economic erosion and social division.

In the Multipolar Scenario, excessive expenditures will be contained not just through planning and cost-control but cooperation.

In the Cost-Control Scenario, a track-record of successful planning, rigorous cost-control and ability to repurpose the Olympic facilities will play the key role. Nevertheless, the games will stay mainly in those few advanced or emerging economies that are willing and able to foot the bill.

In the Multipolar Scenario, excessive expenditures will be contained not just through planning and cost-control but cooperation. Today, Olympics take place in several cities but one country. In this scenario, they could also take place across multiple cities in one region, say, in Africa, Americas, South and Southeast Asia, the Middle East. In this way, smaller economies and emerging nations could participate along with larger ones in more multipolar and inclusive Olympics.

It is not the size of the stadium that matters but our ability to dream and the quest for excellence.

A slightly shorter version was published by China Daily on August 16, 2016

Dr. Dan Steinbock is Guest Fellow of Shanghai Institutes for International Studies (SIIS). This commentary is based on his project on “China and the multipolar world economy” at SIIS, a leading global think-tank in China. For more about Dr Steinbock, see http://www.differencegroup.net/ For more about SIIS, see http://en.siis.org.cn/