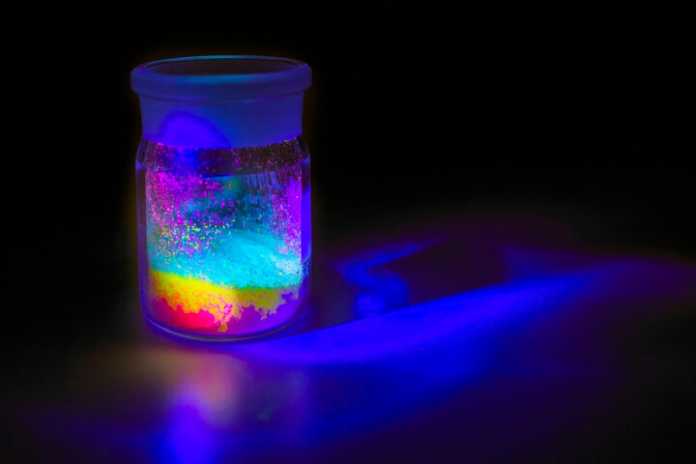 In the recent few years, organic light emitting diode (OLED) displays have become popular across various end use industries and has almost replaced LCDs and LEDs in the consumer device segment. Today, more than 500 million panels are manufactured annually, mainly for smartphones, televisions, laptops, tablets, wearables, and so on. It is due to the fact that they are thinner, more efficient, simpler to make, consume less power, flexible, and reliable than other types of displays.

OLED panels are produced from organic materials, especially carbon based elements that emit light when electricity is applied through them. Unlike LED & LCD displays, OLED displays do not require any backlight and filters. It emits visible light. It possesses a brilliant picture quality with huge color range, high contrast ratio, wide viewing angles, and fast response rate. In fact, quantum dot OLED displays do not even require a white subpixel to reach peak luminance. They can express the full color volume from near black all the way up to complete peak luminance without any compromise.

In addition, OLEDs are very sensitive to oxygen and moisture. It uses wide energy gap semiconductors and exhibit singlet & triplet excitons radiation phenomenon. It is made from a substrate, back plane, front plane, and an encapsulation layer. Modern OLED devices use multiple emissive layers in order to make them more efficient and durable. In case of two layer OLEDs, electrons from the cathode are injected into the maximum vacant molecular orbital. Likewise, holes from the anode are injected into the highest occupied molecular orbital. In three layer OLEDs, on the other hand, the conductive layer is exchanged by hole transport layer and electron transport layer.

According to a report published by Allied Market Research, the global OLED materials market size is projected to reach $25.7 billion with a considerable CAGR from 2016 to 2023. The Asia-Pacific region is currently holding the highest market share, owing to rise in population, adoption of new technologies, and economic growth in the developing countries. Several operations related to OLED displays have been shifted to China, attributed to the low cost of logistics operations associated with the supply of final products in the market.

However, the outbreak of the COVID-19 pandemic led to hamper the growth of the global OLED materials market. The pandemic gave way to the implantation of global lockdown which led to halt all the manufacturing facilities of OLED materials across the world. It further disrupted the global supply chain, thus, resulted to create several challenges for the manufacturers in supplying the raw materials on time. Unavailability of skilled labor force in order to maintain social distancing norms further affected the growth of the market. At the same time, a significant decline in the sales of smartphones and LED TVs, especially during the initial period, reduced the demand for OLED materials among the end use industries, which in turn, affected the growth of the OLED materials market to some extent.

Nevertheless, OLED materials are constantly gaining popularity, due to superior performance and wide light source coverage offered by them. With this drift on board, the key market players are focusing on new product launch and are trying to stay competitive in the market. Governments are also encouraging the industries by investing in several research & development activities. For instance, government of South Korea has recently invested around 470 million US dollar to develop an R&D center along with 61 production hubs for OLED materials.

Moreover, the launch of virtual reality headsets is sugnificantly boosting the growth of the OLED materials market. For example, Sony had sold over four million Play Station VR headsets in 2019. Korea’s Letin AR smart glasses incorporates an OLED micro-display that reflects onto small mirrors inside the lens and then onto the eye. Panasonic’s prototype MeganeX glasses, a development in VR headsets, is equipped with more than one inch micro displays for HD resolution.

Similarly, the demand for OLED materials in automotive industry is increasing to a great extent. For instance, Kia Seltos has incorporated eight-inch head-up display into its interiors and Jaguar Land Rover has included 3D head-up display into its model. Audi has taken the lead in its first all-electric SUV – the Audi e-tron. Tesla has also included 17-inch touchscreen that terminates the need for buttons in a car. These factors are augmenting the growth of the global OLED materials market in more than one way.

Furthermore, major mobile phone companies including Samsung, Motorola, Royole, and others have been developing ultra-thin displays that can be folded multiple times without creasing. Foldable phones are going to be thinner and are likely to allow a growing number of mobile apps to exploit different display sizes. All these kind of properties can be opted through OLED displays. For example, Samsung’s Galaxy Z Fold 2, has recently featured a flexible 7.6 inch AM-OLED inner display that includes a new dimension to reading e-books, gameplay, etc. These factors are driving the growth of the OLED materials market even more. Here, it is worth mentioning that with dramatic new technologies on the horizon, the global OLED materials market is anticipated to gather a considerable growth prospects in the years to come.

Suchita Gupta is an explorer, musician and content writer. While pursuing MBA, she found that nothing satisfies her more than writing on miscellaneous domains. She is a writer by day, and a reader by night. Besides, she can be found entertaining her audience on social media platforms. Find her on LinkedIn & Instagram.