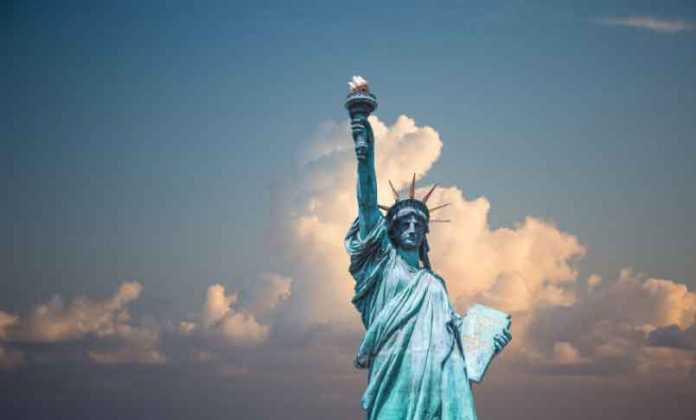 Since its launch in January, NY sports betting has reached record highs. In its 30 days of operation, it has managed to become the biggest bookmaking market in the country, leaving Nevada and New Jersey behind in its tracks. The former is the nation’s gambling paradise, while the latter is known for climbing up the ladder and reaching the number one spot when the regulators gave the practice the green light back in 2018.

The floodgates have opened

Before the launch, anticipation was building up in every gambler from New York. Watching from the sidelines and not taking part is no easy feat, and for years, that’s all the NY audience could do. Meanwhile, Connecticut, New Jersey, and Pennsylvania gamblers happily placed bets from their computers and smart devices.

But this all changed on January 8 when the floodgates opened, and registrations started pouring in like no tomorrow. GeoComply, a geolocation security company, reports that in excess of two million user accounts have been observed to be in use in New York, each of them belonging to a unique individual.

The figures are sky-high

As for New York? The current figures suggest that more than $2bn has been wagered thus far, which is a clear indicator that online gambling New York is booming like never before. In fact, New York is responsible for one-quarter of the entire nation’s sports wagers placed through mobile devices during the Super Bowl. Allegedly, the state’s online gambling has brought in $80m in tax revenue, which is excellent news for the IRS.

So far, Caesars, FanDuel, and DraftKings seem to be on top of the food chain, with each bringing in millions in revenue. Out of every provider licensed to do business in the state, WynnBet is seeing the least success as of right now, with only $33k in revenue generated. Allegedly, the sportsbook is currently for sale.

Bill Miller, president of the American Gaming Association, recognized the people of New York as being passionate sports fans with a burning desire to support their favorite players and teams by placing a bet. However, the problem was that they had no legal outlet through which to do so. With the introduction of official New York sportsbooks that can now legally operate in the state, such woes are now effectively a thing of the past.

But why is New York such a dynamic market? Part of the reason is due to the simple fact that the state is home to a lot of people in general. As we all know, there is strength in numbers. With its 20 million inhabitants, it remains one of the most populous states in the US. Now that online gambling is legal and accessible from the comfort of one’s cellphone, there is not a single barrier left that would stand between them and their favorite hobby. Unfortunately, California and Texas are both still awaiting online gambling to be legalized.

Will the surge last forever?

The operators are rewarding new sign-ups with various prizes and promotions to get as many bettors through the door as possible, including risk-free bets, generous payoffs, dollar-to-dollar matches on the first deposit, and free credits. Analysts speculate that the initial surge in popularity is partly thanks to these promotions, which are likely to decline in the months to come. In particular, this is expected in early April when the March Madness college basketball playoffs are scheduled to come to an end.

The emerging trend has also been a great contributing force to the government coffers as betting platform operators must pay 51% of tax on their gross gaming revenue. State Senator Joseph P. Addabbo Jr. from the Democratic party is pushing for an expansion in New York’s brick-and-mortar casinos. If the plans come to fruition, the state could soon see on-site betting parlors as well as a new casino. So far, Governor Kathy Hochul is on board with the proposition.

Mr. Addabbo’s vision is to introduce wagering into arenas, racetracks, and stadiums. Learning from the example of other professional sports franchises, Randy Levine, president of the New York Yankees, wants to introduce a betting kiosk at Yankee Stadium. If S 7536 receives the legislators’ blessing, this will also pave the way for fixed-odds horse racing. Long story short, the people of New York have plenty to look forward to.