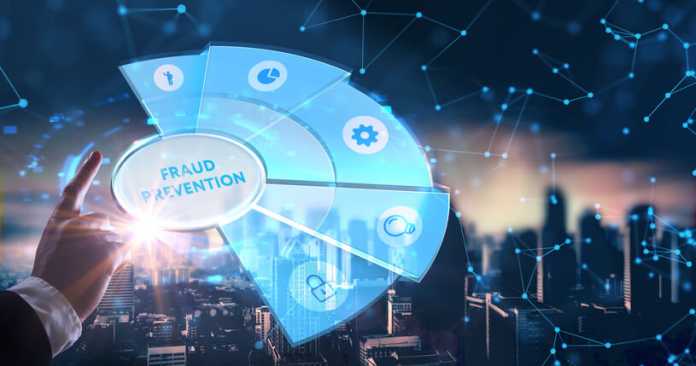 As a nation, the UK suffers immensely from fraudsters tricking us out of hard-earned cash. These criminals are constantly revisiting their tactics and abusing technology is the most successful way for these culprits to achieve their fraudulent activity. Even the most tech-savvy person can fall victim to these scams.

Even when the public think they have got a grasp on current, popular scams, another one has already surfaced. Dark web monitoring is one of the tactics businesses are now adopting to keep customers safe, alongside other methods of cyber safety. However, despite the best efforts of brands, the government and the police, it seems that the public are still falling victim to these plots and a significant amount of money is being lost each year and landing in the pockets of these swindlers.

While the exact cost of fraud this year currently can’t be determined, it can be estimated. A recent study revealed how much this estimate is, more information about the research can be seen here. In 2021, it is estimated that fraud will cost £48,265,75 each day, which totals 317,616,998,75 across the full 12 months.

To put that into perspective, should that cash have stayed in the hands of the rightful owners, over 900 round the world flight tickets could have been purchased in a single day. This cost is also equivalent to the cost of 10,725 PS5s a day.

Over a week, a staggering 39,748,26 family packs of toilet roll could have been purchased, which would have been handy during the toilet paper shortage in March 2020. If that hasn’t shocked you yet, the cost of 640,618,136 cups of coffee is unlikely to be stolen from our pockets by the end of the year.

What Is Being Done to Prevent Fraud?

Businesses have begun to realise the importance of protecting their customers. Despite companies rarely being legally responsible for the public falling for a scam by a fraudster, a sense of duty to look after them is prevalent.

However, the most ubiquitous reason for using resources to prevent scammers is to protect the integrity of the brand as a whole. Should a business carry a reputation for being a target to fraudsters, increasing numbers of the public will possess reluctance to buy from the brand, even the legitimate website, for fear of losing their money.

In turn, this causes brands to diminish in sales and have a scorned reputation, through no fault of their own. That’s why prevention is key.

Typosquatting is one of the most common forms of online fraud. Fraudulent domains appear on the internet, created to mimic a genuine site and mislead the user into believing it is a trusted URL. Users will then unknowingly part with personal information, including credit card and bank details to these scammers, who have been known to steal entire life savings.

Visitors commonly find themselves on these sites by entering the genuine URL incorrectly, hence the term ‘typosquatting’. Using a dark web monitoring service allows these legitimate websites to quickly track anyone registering a similar domain to them and have this pulled down before damage is done.

Larger organisations make use of a manual dark web monitoring solution, where an individual is dedicated to this task. Smaller businesses can choose a cheaper option for monitoring the dark web by investing in an automated service.

Who Is Responsible for Protecting the Public?

The government announced The Online Safety Bill back in May to address the issues of online fraud and to keep the public safe and informed. However, many believe that this isn’t enough. This bill mainly looks at in-app purchases and the fraud that can accompany them, alongside abusive behaviour, comments and accounts.

While these elements are certainly crucial to a modern world, it does very little to protect the public against the most common forms of online fraud, typosquatting, or smishing. While not many may be familiar with the term smishing, almost all of us have experienced this.

Text messages are sent to mobile phones posing to be someone else. Commonly, this is to copy banks to gain access to bank accounts. A prime example is a frequent text that appears to be from Royal Mail.

These texts almost always contain a link to a domain that has been created to mimic the real domain. From this, personal details can be stolen or malware downloaded onto the device.

While both the government and the police are fully aware of these scams, little is being done about them. When reporting online fraud to the police, few cases are investigated. That’s why consumers are having to turn to other organisations and charities to remain safe or try to reclaim their stolen cash.

How to Manage Resident, Owner & Vendor Portals with PMS?