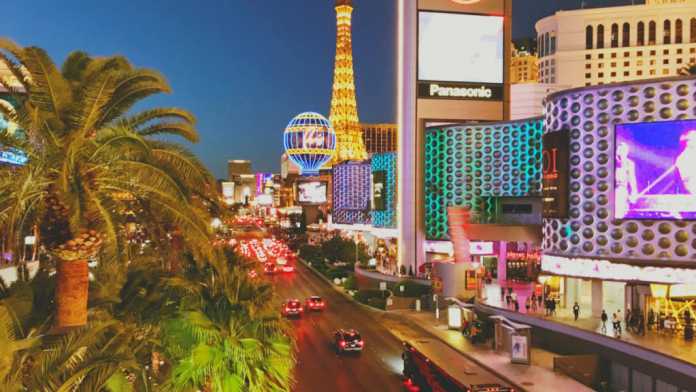 It is two years since Bill Miller, CEO of the American Gaming Association, used his keynote speech at the 2019 Global Gaming Expo (G2E) to challenge the industry to accelerate their efforts to bring cashless technologies to casino floors. Miller was echoing sentiments expressed across many sectors, as the world continues to move towards digital payments and away from cash.

Much has happened in the intervening years, and at the 2021 G2E in October cashless gaming was the number one technological focus of the event. Several companies had their tech on display, and IGT won the Product Innovation of the Year award for IGTPay and Resort Wallet – two modules from their full casino management suite IGT Advantage.

Unsurprisingly, in the US it is the state of Nevada that is leading the way on cashless casinos. In June 2020 the state Gaming Commission approved alterations to a pair of regulations pertaining to digital payments in games and gaming devices. Just a few months ago, Resorts World Las Vegas opened its doors with full cashless capabilities in all casinos and gaming, as well as throughout the resort.

When Miller gave his 2019 speech, he could not have known what was to come the following year. The pandemic created a massive acceleration for cashless tech innovation worldwide, as many industries endeavored to introduce systems to assist with infection control in public spaces. Casinos were hit especially hard by shutdowns, so facilitating cash-free floors became a priority.

One sticking point for cashless casinos is consumer uptake, with many visitors still preferring to use bills when they play at the slots or tables. For the time being, Resorts World offers both options to its patrons, although the long-term goal will be to phase out cash altogether. For operators, there are many advantages to going cash-free. For players, there may need to be more persuasion.

Infection concerns over the handling of coins and bills have helped to advance the cause of digital casino payments to the public. Studies in 2020 suggested that well over half of casino-goers welcomed cashless tech, although as life slowly returns to a so-called normal we may see that number decrease. Nonetheless, industry insiders believe that the tipping point in favor of cashless payments has been brought forward several years by the pandemic.

Another factor influencing public opinion is the widespread use of online casinos and sports betting sites. Nevada launched sports betting on mobile in 2010, where users could place bets and make transactions via one of a number of apps. This also helped users to get used to using digital payments for gambling purposes.

The legality of online casinos in the US is still somewhat patchy, with only a handful of states drafting specific legislation to allow them to operate within state lines. Since the 2018 Supreme Court ruling permitting sports betting, many states have made it legal. However, only a few of those states have decided to expand into the online space.

The US lags behind many regions when it comes to making the switch to digital transactions. Between 2017 and 2021, Europe saw an increase in cashless payments of around 60%, in Asia-Pacific during this same period it was 108%. By contrast, in the North American continent the growth was just under 20%. As more states introduce online sports betting, it may encourage players to embrace the use of digital technologies in land casinos. Even in Germany, which is usually a new technology laggard, payment methods like Cash to Code, PaySafe, NeoSurf, N26 and other are becoming used widely.

Bill Miller has praised Resorts World for incorporating cashless tech throughout their new site, including the first place where players can pay for chips digitally at the gaming tables. The chips are also fitted with radio-frequency identification technology (RFID) to track each bet. Proponents of the system point out that cashless gaming technology has many advantages beyond a frictionless guest experience.

The tech can be used to solve several issues ranging from anti-money laundering and know your customer (KYC) requirements, to protecting players from problem gambling. The online casino world has been grappling with these issues and finding solutions for many years now, and in many ways are well ahead of their land-based counterparts. Integrating cashless tech with RFID could be a big step towards bringing them in line with international rules.

Others in Vegas are following suit. Boyd Gaming, which owns eleven casino properties in the city and seventeen out of state, has recently finished trialing a cashless wallet at its Aliante site and waiting on approval from the Gaming Commission to try out digital table wagering.

Many of the digital wallet technologies in production need more time to complete, but interest is intense, investments are increasing, and customer uptake has been better than expected.

Industry experts predict that it won’t be long before the majority of land casinos have integrated some form of cashless system.