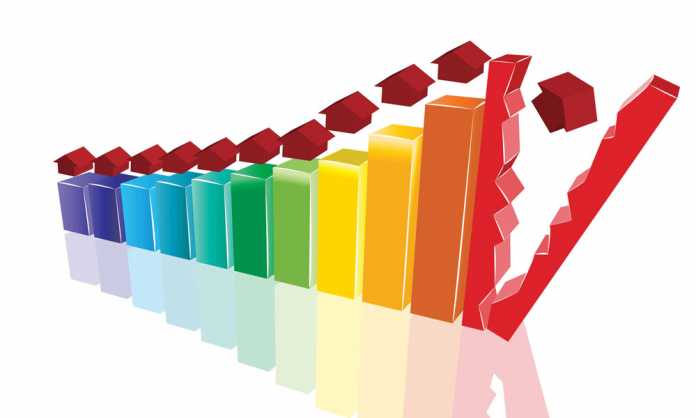 Creation of wealth began with farmers who planted something into the land and earned income from harvesting food. Others created wealth from something taken from the ground, such as oil, coal and other minerals. In many countries around the world, an employed individual or family with modest income could embark on the creation of wealth simply by purchasing a home.

During the dot.com bubble, property values soared and periods of low-interest rates and innovative mortgage programs bolstered home sales. Many homeowners refinanced their properties at lowered rates and some tapped into their home equity, often using proceeds for home improvement. However, after the crashing of the information technology boom, the housing market softened in the United States and many global economies.

Mortgage debt that exceeds property value is known as negative equity. For many homeowners, the paradigm had shifted from wealth creation to wealth destruction.

Some housing markets have faltered and others have stabilized. In the United States, negative equity peaked at 15.5 million loans the first quarter of 2012 according to the LPS Mortgage Monitor, published by Lender Processing Services. Down 35% over the last 12 months to 9.8 million as of Q3 2012, the highest percentage of negative equity remains in the “sand states” such as Arizona, California, Florida and Nevada.

Real estate markets have been fragile in recent years and a number of countries have experienced declining property values, including Australia, Denmark, Ireland, Italy, Japan, Netherlands, Spain and Sweden. In Ireland, according to Central Bank data, half of all home loans are in negative equity. Of the near 800,000 home mortgages in arrears for three months or more, about 14 per cent have been restructured. Last year, more than 400 Irish families surrendered their keys without the bank having to resort to full legal action.

“When people’s homes are underwater, they find it hard to move to take new jobs.” Harvard economist Lawrence Katz testified to the U.S. Congress in 2010, adding “Homeowners with negative equity are hesitant to sell their houses at a loss thereby reducing mobility from distressed areas.”

Government officials and prudential regulators in both U.S. and global nations have initiated a range of policies and programs in response to the negative equity and low-mobility crisis. Programs include targeted job-creation programs, credits to lenders and monetary stimulus aimed at raising housing prices.

Governments globally have initiated a range of programs in response to the negative equity and low-mobility crisis, including targeted job-creation programs, credits to lenders and monetary stimulus aimed at raising housing prices.

In the United States, the rate of foreclosure has declined 21% from 917,000 in 2011 to 767,0000 in 2012 according to CoreLogic Market Pulse, February 2013. Since the financial crisis began in September 2008, there have been approximately 4.12 million completed foreclosures across the country.

During 2012, 23.9% of all U.S. home sales consisted of distressed sales. Distressed sales consist of bank owned real estate (REO) and “short sales” where the lender agrees to reduce the principal balance so that under-water properties may be sold closer to market value. Short sales generally bring in prices that are higher than foreclosures and help sustain neighborhood property values.

An official program of the U.S. Department of Treasury and Department of Urban Development (HUD) is the Making Home Affordable Program, created by the U.S. Financial Stability Act of 2009. The program was built as collaboration with banks, services, credit unions, the FHA, the VA, the USDA and the Federal Housing Finance Agency, to create standard loan modification guidelines for lenders to take into consideration when evaluating a borrower for a potential loan modification. The Home Affordable Modification Program, known as HAMP is now looked upon as the industry standard practice for lenders to analyze potential modification applicants and has helped well over 1 million struggling homeowners at risk of foreclosure.

The Home Affordable Modification Program, known as HAMP is now looked upon as the industry standard practice for lenders to analyze potential modification applicants and has helped well over 1 million struggling homeowners at risk of foreclosure.

The Home Affordable Foreclosure Alternatives (HAFA) Program is also administered by HUD and offers struggling homeowners with an opportunity to transition to more affordable housing. Options include a short sale or a Deed-in-Lieu (DIL) of foreclosure. The Deed-in-Lieu option allows borrowers to give the title back to the lender, transferring ownership back to them. In a short sale, the homeowner is not responsible for any deficiency that may occur after the home is sold and is completely released from the mortgage debt after the property sale. Borrowers are protected from negative credit scores when utilizing a HAFA alternative and the agency provides homeowners with $3,000 in relocation assistance.

Between 2007 and the third quarter of 2012, there were 400,000 foreclosures in Spain, according to data from the General Council of the Judiciary. The Popular Legislative Initiative (ILP), Platform for those Affected by Mortgage, promoted by the citizen movement Plataforma de Afectados por la Hipoteca (PAH) calls for payment in kind, meaning that a person’s debts are written off once they have surrendered their home.

Countries all over the world have defied gravity in order to stabilize housing markets affected by negative equity. Banks and building societies in many countries deal with secondary market mortgage backed securities programs and other housing finance agencies. Through these partnerships and affordable housing incentives, over time we shall see more foreclosure alternatives and options for homeowners to safeguard their homes and financial security. Anna DeSimoneis President and Founder of Bankers Advisory, Inc., Belmont Massachusetts, USA, a audit and consulting company specializing in mortgage quality assurance and regulatory compliance. She has published 30 guidebooks on many topics of including mortgage fraud, predatory lending, identity theft and international mortgage banking. She can be reached at [email protected]