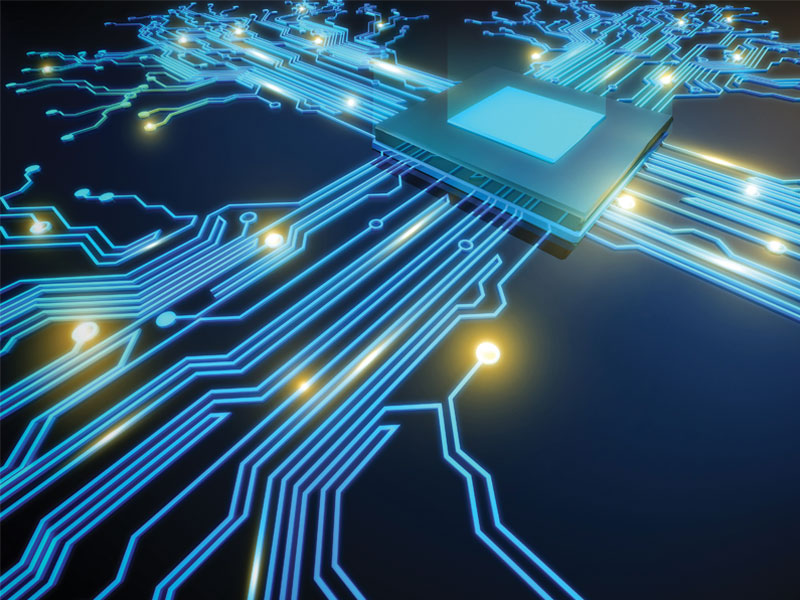 Moore’s Law states that the number of components in integrated circuits would double every two years. As a result, size would decrease while processing power increased. In this article, Daniel Burrus discusses about how digital advancement is increasing every year and will continue to do so, and its implications on the consumer and the industry.

When I talk about digitization and digital advancement, I often mention what I refer to as the Three Digital Accelerators: bandwidth, storage, and processing power. These three technological tenets drive digital disruption and are increasing exponentially every year, and thanks to rapidly advancing technology, will continue to do so.

One of the laws most central to this principle is Moore’s Law, which remains as relevant today as it was decades ago.

Everyone was worried – even Gordon Moore, himself – that Moore’s Law would no longer hold water by the end of this decade. Moore’s Law states that the number of components in integrated circuits would double every two years. As a result, size would decrease while processing power increased. Another element was added to the original law basically saying that as processing power doubled, the price would be cut in half at the same exponential rate. Both elements have held up so far and we are now in the 14-nanometer generation, and experts have been wondering if integrated circuits could get down to 7 nanometers by 2018.

The semiconductor industry has always operated with a future oriented mindset. Moore’s Law has set the agenda for present research based on its forecast for what is to come. It should come as no surprise then that, contrary to popular fears, IBM recently announced that it had working samples of a 7-nanometer chip.

Changing how we act in the present based on our vision of the future is the road to self-fulfilling prophecies. Rather than seeing the next doubling as impossible or too expensive to try, IBM pushed ahead. Those who did abandon their efforts at a 7-nanometer chip may not have thought to explore the lithographic application of extreme ultraviolet (EUV) wavelengths, which is exactly the technical resource IBM needed to achieve this goal.

EUV allows manufacturers to etch into chips patterns whose width is the approximate size of atoms. It’s a real game changer in the semiconductor industry. It opens the way to achieving Moore’s Law for generations to come, however, at this point it is still in the research stages. 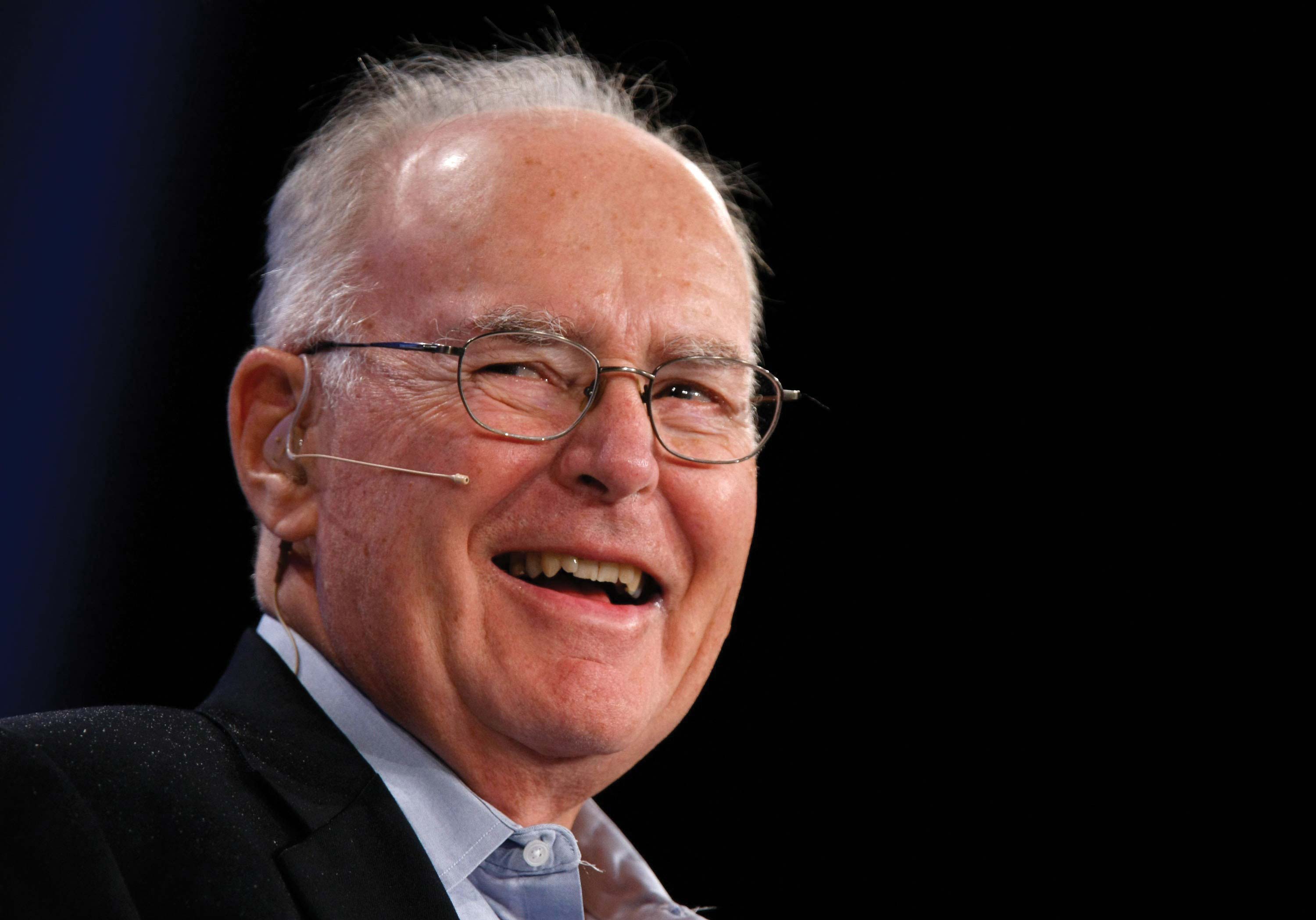 Extreme Ultraviolet (EUV) allows manufacturers to etch into chips patterns whose width is the approximate size of atoms. It’s a real game changer in the semiconductor industry.

As it stands now, the use of EUV lithography in a mass produced facility is not economically feasible. This is due mostly to the complexity of the energy extraction process involved in EUV lithography. The process – firing high-energy lasers into molten tin, which emits EUV light that needs to be focused with a series of mirrors – risks losing the light due to various factors, from absorption in the air and the mirrors to misdirection due to the smallest vibrations in the facility. A sustainable energy output sits at around 250W, whereas right now the most promising of existing models can only produce around 80W.

If Moore’s Law is to continue to be a relevant program for shaping the industry’s future, it’s necessary that companies continue to innovate and push forward to achieve the success of EUV by acting accordingly now.

To reach the 250W benchmark, production requires very specific solutions, such as facilities specially designed to prevent the smallest vibrations from affecting the lithography. However, a greater investment in this new technique can only open more opportunities in the field. If Moore’s Law is to continue to be a relevant program for shaping the industry’s future, it’s necessary that companies continue to innovate and push forward to achieve the success of EUV by acting accordingly now.

Is EUV the only technology that could keep Moore’s Law going? No, there are others in development now, but the point I’m making in showcasing IBM’s development is that whenever people think we have reached the end of something, we usually apply a heavy dose of innovation and find a new beginning.

The development in EUV lithography confirms, in addition to Moore’s Laws, some of its corollaries, which I have advocated over the years. The doubling of components in an integrated circuit at 7 nanometers, first off, continues the trend in Dematerialization that electronics have been riding since the beginning. The subsequent doubling in processing power also means, more specifically, that data transfer speed will double, as will digital storage capabilities — 30 years ago, I called this the Law of Bandwidth and the Law of Digital Storage, respectively.

Combined, these three laws constitute the Three Digital Accelerators that have been driving digital disruption ever faster. All three indicate very reliable patterns of development for companies to refer to when anticipating the future. In some cases, their reliability surpasses what most people think we are capable of on an annual or biennial basis. As the fears around the 7-nanometer generation revealed, we can and should expect more innovation and more technological development even when it seems least likely. History has shown since the dawn of time that the human mind is capable of turning the impossible into the possible again and again.

What does all of this mean for you and your industry? First off, that the technology we’re developing today is exponentially more capable and powerful than the tech of just a few years ago. The advancements we’re going to see in the next few years, and over the coming decades, will be giant steps compared to what we’ve been able to achieve thus far. Second, you’ll need to do everything you can to adopt these new developments as they invariably disrupt your industry; better yet, you should continue to monitor the technological innovations that will allow you to stay ahead of the curve by disrupting your industry or profession before a competitor or peer does. Third, it’s helpful to bear in mind that the patterns of development in the tech field are analogous to that of innovation in general: someone is diligently working to do the impossible, and they will – and that is the power of the human mind when it gets focused.

This article was first published in Daniel Burrus’ LinkedIn Influencer page on August 27, 2015.

Daniel Burrus is considered one of the world’s leading technology forecasters and innovation experts, and is the founder and CEO of Burrus Research, a research and consulting firm that monitors global advancements in technology driven trends to help clients understand how technological, social and business forces are converging to create enormous untapped opportunities. He is the author of six books including The New York Times best seller Flash Foresight.