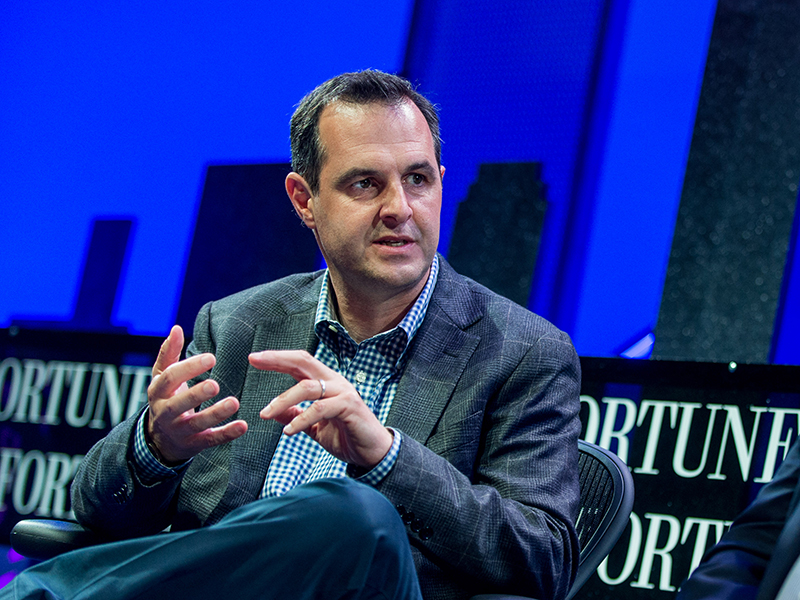 By Karel Cool and Olivier Daviron

French-born Renaud Laplanche founded LendingClub, the marketplace lender that connects borrowers and investors through its online platform, in 2007. The idea had its origins in his early days at a previous venture, TripleHop, when he had purchased office supplies using his credit card because there was no alternative means of finance. It occurred to him that investors would be willing to step in and provide funding at preferential rates given that he was a low-risk borrower. By cutting out middlemen and matching borrowers directly with lenders, Laplanche and co-founder Soul Htite believed that they could achieve a better outcome for both sides. In May 2007, LendingClub launched as one of Facebook’s first applications, attracting buzz and young borrowers with scant credit histories.1 When Laplanche left the company in May 2016, its loan portfolio was valued at close to $20 billion.

Using marketplaces like U.S.-based Prosper (founded in 2006) and UK-based Zoppa (launched in 2005), individuals and businesses can request loans for a variety of projects such as credit card debt consolidation, home improvement, short-term and bridge loans, vehicle loans, etc. These requests are then screened and typically segmented into different risk levels. Investors (individual or institutional) can then examine these loan bids and decide what to fully or partially fund. These loans tend to be for a period of one to five years and amount to less than $35,000 for individuals (up to $300,000 for businesses).

An estimated 111 marketplace lenders now operate in the U.S.2 Combined new loan volume for the USA for LendingClub, Proper, SoFi and OnDeck in 2018 is expected be $38.9 billion, a year on year increase of 46%.3 Many financial institutions have been deleveraging in the aftermath of the Financial Crisis, making it more difficult for customers to get personal loans and creating an opportunity for marketplace lenders.4 For many investors, companies like LendingClub provide access to an asset class, consumer lending, that was previously inaccessible.

Marketplace lending has grown at an estimated 51% CAGR5 in the U.S. in the period 2015-2018 and continues to attract capital.6 Despite this trend, few P2P fintechs have made it to IPO; those that have are performing poorly. When bellwether LendingClub listed in December 2014, it opened at $24.70 per share. It has seen its stock erode to just $3.95 per share of March 16th, 2018.

In May 2016, co-founder Renaud Laplanche was forced to resign following some governance issues. There is debate, however, whether the stock price decline of LendingClub reflects issues at the company or more fundamental weaknesses in the business model, such as the imitability of the business model, competition from banks, the strength of the first mover advantage, weak network effects, the commoditised nature of personal lending, etc. Earlier this year, M. Laplanche discussed many of these issues in an interview by Karel Cool, Professor of Strategy, and BP Chaired Professor of European Competitiveness at INSEAD.

Renaud Laplanche founded the new marketplace lending platform Upgrade in April 2017, funded by some of the original investor in LendingClub (LC). On October, it completed a $282 million securitisation. Since its founding, it has already facilitated over $1 billion in loans.7

When LC, Prosper and others started, they were labeled as “disrupters”. Did you see LC as a disrupter or challenger of the banking industry?

We called ourselves disrupters at the time and we still do. And I think there are many different flavours of disruption. You’ve got the kind of disruption where you try to break everything and you go head-to-head against the incumbent. And there are also more gentle type of disruptions that could be just as powerful, but don’t necessarily need to break everything else. You can partner with incumbents in a way that’s more symbiotic. One example would be the online music sharing industry. Napster was initially the disrupter but did so in a way that just wasn’t in compliance with the existing legal framework and was really a head-to-head confrontation with the music industry. Then you’ve got Apple iTunes that really found a way to do the same thing in partnership with the music industry and it really achieved a much more profound transformation by getting to scale.

So I think marketplace lending went through the same phase, but we went directly to the Apple iTunes’ model where we decided to partner with banks in a way that was a lot more symbiotic.

For many investors, companies like LendingClub provide access to an asset class, consumer lending, that was previously inaccessible. It is a two-sided marketplace: you’ve got borrowers on one side, investors on the other side.

What challenges did you face as a pioneer?

When we launched LendingClub about ten years ago, it was in 2007, and after 2007 as you know comes 2008 and obviously there was the major financial crisis. It was really interesting to launch a new credit concept in the midst of a major credit crisis. And I think it was good and bad in hindsight. We were helped by the crisis on the borrower side. LendingClub is a two-sided marketplace: you’ve got borrowers on one side, investors on the other side. […] there was a credit crunch and borrowers needed a different source of credit to turn to. That helped marketplace lending get off the ground. But on the flip-side we were trying to sell to investors the idea of investing in consumer credit at a time when they were opening the newspaper every morning and looking at headlines about Americans defaulting on their mortgage. So that clearly wasn’t helpful.

In all I think the crisis helped expose some of the flaws of the banking system. It was helpful to us in the long-run but it really made the investor side slower to take off and it took us a good three to four years to really establish our own track record with investors and show that we could underwrite and service loans in a way that gave an attractive return to investors.

As one of the first marketplace lenders, did you achieve first mover advantages? Which?

A first mover advantage in marketplace lending and credit in general is probably different from a first mover advantage that you get in a typical technology product or consumer product enabled by technology. The first mover advantage doesn’t necessarily translate into, “Hey, we have the product first and we can drive adoption and we’d get to market – to a large market share before anybody else does.” I think the first mover advantage translates into the clock starting earlier on the track record. Marketplace lending has two sides, borrowers and investors, and what really matters to investors is track record. Investors look at past performance [to] estimate […] what future performance would be. Being able to start earlier than anybody else and have more data and a longer track record is an amazing competitive advantage because the only thing that you can’t buy is time, essentially. So any new entrant coming in with even a lot more resources just can’t manufacture a track record. It’s something that LendingClub and Prosper would always have. It’s a longer track record, more data than new entrants. So I think it is a pretty key competitive advantage.

Did LC have to scale high barriers to entry?

Olivier Daviron is an MBA graduate of INSEAD in 2012 and Strategy Director at Genscape.