Anyone who owns a business knows the need for advertising. That’s particularly important if your business just happens to be in a highly competitive industry. The gambling industry fits that description perfectly but just how you advertise your business can cause problems.

Michael Owen is a former England footballer, though many will now know him as the father of a ‘Love Island’ contestant. Owen is a big fan of crypto currencies, and it was therefore a logical move for him to advertise Punt Casino.

Doing so in the UK has got him into trouble with the Advertising Standards Authority (ASA). Why? Well, you see the big problem with this e-casino is that it has not been given a licence by the UK Gambling Commission.

Punt Casino does hold a Curacao licence but that’s not good enough for the ASA. They only allow advertising of gambling companies who have that UK licence. This list of those UK casinos can be viewed here. That’s led to problems for Owen who has recently been tweeting about Punt Casino.

That’s not the only reason for his conflict with the ASA. Promoting an unlicensed crypto currency is bad enough. However, the former England striker also tweeted some controversial claims about a non-fungible token (NFT).

The tweet claimed that it was the first NFT “that can’t lose their initial value.” The ASA were quick to pounce on that and the tweet has had to be removed.

A key aim with any advertisement is that its claims can be backed up. That wasn’t the case with this claim. A code that the NFT possesses makes it impossible to be sold for the price paid for it. If the price of the NFT falls, you can’t just sell up and in fact all the purchase price is lost. Not quite what the advert was claiming.

It’s not just bad news for Owen but for Punt Casino too. Those in the UK cannot now access their site due to it being blocked.

Paddy Power is a popular sportsbook in the UK and Ireland. They are well known for putting a bit of humour into their advertisements. Sometimes it works and everyone has a good laugh. Not all the time though and the ASA, although admitting the latest advertisement from Paddy Power has a light-hearted nature, have banned it.

The reason for the ban is the belief that the advertisement sees gambling “taking priority over family.”  It was first shown in March of this year but in its current format won’t be seen again.

The advertisement shows a man who has gone to spend his Sunday with his girlfriend’s family. Probably not the most fascinating afternoon and we see him on his mobile phone playing Paddy Power’s ‘Wonder Wheel’ game.

He has to look away from the screen when his girlfriend’s mother kindly hands him a cup of tea. Then comes a big mistake. His girlfriend asks him if he thinks she’ll end up looking like her mother in the future. His mind is still on the Paddy Power game and without thinking he replies ‘I hope so’ which doesn’t exactly delight his girlfriend. It’s not long before he realises his mistake.

A voiceover then says “‘No matter how badly you stuff it up, you’ll always get another chance with Paddy Power games.” The man then has a big smile on his face as he looks at his mobile phone.

The ASA received four complaints about the advertisement. A couple of them felt that the inappropriate comment made was because of his obsession with the Paddy Power game.

This view was shared by the ASA who felt the advertisement put across the message that the ill-placed comment was only made because he was “distracted by gambling.” They agreed that the advertisement did show gambling “taking priority over family” and banned it.

In addition, they told Paddy Power that in the future, their advertisements should not portray gambling as “indispensable” or encourage gambling behaviour “that was socially irresponsible.”

The betting company have accepted the ASA decision. However, they felt that the fact the man had gone to spend his Sunday with his girlfriend’s family had shown a commitment to family life. They added that there was no indication the player had a gambling problem. 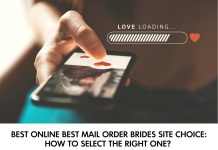