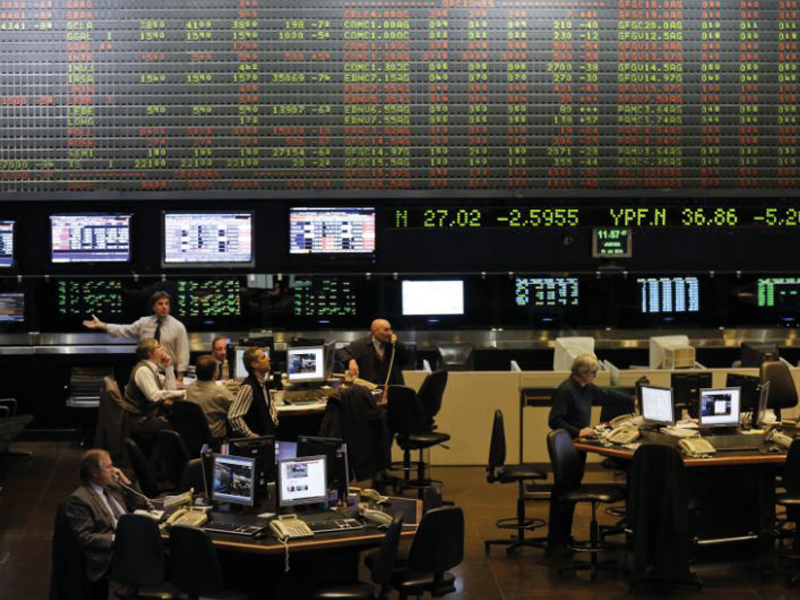 By Eduardo Cavallo and Tomás Serebrisky

The Latin American and Caribbean region is trapped in a vicious cycle of low savings and poor use of these savings. This article discusses strategic goals for households, firms, and governments across the region to reverse the cycle.

Why should people – and economies – save? The typical answer is to protect against future shocks, to smooth consumption during hard times, in short, to save for the proverbial rainy day. But the question can be approached from a slightly different angle. While saving to survive the bad times is important, saving to thrive in the good times is what really counts. The goal of saving should be to pave the way for individuals to live more productive, fulfilling lives, for firms to grow and provide quality jobs and competitive goods and services, and for government to assure their citizens enjoy a developed infrastructure, efficient public services and a dignified, secure retirement. In short, countries must save for a sunny day – a time when everyone can bask in the benefits of growth, prosperity, and well-being.

To have even a chance of reaching that sunny day, Latin America and the Caribbean must save more and save better. Saving in the region is too low and the savings that do exist are not used efficiently to enhance growth and development. Borrowing from abroad cannot pick up the slack as it may be more costly, is certainly more fickle, and raises the risk of crises. Ultimately, national saving is the only reliable vehicle through which the region can become stable and confident in its own future.

Unfortunately, countries in Latin America and the Caribbean save less than 20 percent of their national income – less than every other region in the world, except Sub-Saharan Africa. By contrast, the high-growth countries in East Asia save about 35 percent of national income (See Figure 1 below). The region is not putting aside enough resources today to build a better, brighter tomorrow. 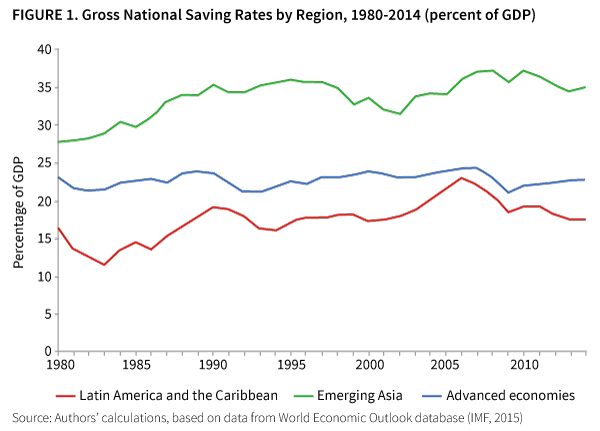 Sharing the Blame for Low Saving

If saving is so important for growth and development, then why does Latin America and the Caribbean do such a poor job of it? Demographic factors – such as the number of working to non-working age people in a country at a given point in time – matter for saving, but they are not to blame for the region’s low saving rates. Beginning in the 1960s, the region embarked on a “saving-friendly” demographic transition (with decreasing age dependency ratios), very much like high-saving countries in Asia. In 1965, for each 100 individuals of working age, there were 90 dependents, either young or old; today there are fewer than 50. Yet, unlike Asia, national saving rates in Latin America have increased little. If favourable demographic factors had been fully exploited, the average saving rate in the region should be about 8 percentage points of gross domestic product (GDP) higher.1

Tomás Serebrisky is the Principal Economic Advisor of the Infrastructure and Environment Department of the Inter-American Development Bank (IDB) in Washington, DC. His specialisations a