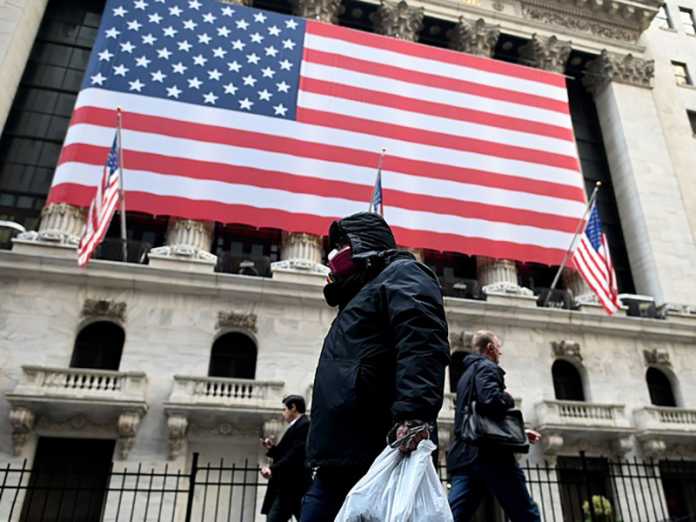 Time and time again, anti-capitalists such as Bernie Sanders and Alexandra Ocasio-Cortez grab the headlines. But according to a recent survey, a clear majority of Americans still believe in the power of capitalism.

Is anti-capitalist sentiment on the rise in the United States, too? A number of polls in recent years have certainly suggested that this is the case. Among younger Americans in particular, it has been claimed that the term “socialism” now has more positive association than the term “capitalism.” A new poll by the American Heartland Institute and Rasmussen Reports in December 2020 has come to a different conclusion.

When asked, “Which is better – a free-market economic system or socialism?,” 75 percent of respondents chose the free-market option while just 11 percent preferred socialism and 14 percent were not sure. There is, however, one caveat to the poll’s findings. Like numerous other surveys in the United States, pollsters posed their questions to “likely voters” – those Americans who, according to the polling institute’s analyses are likely to vote – rather than to a random sample of the population as a whole. Had the survey also including non-voters, it is quite likely that the figures would vary. Nevertheless, the results are so clear that the overall trend would certainly not change.

Interestingly, there are no significant variations between male and female likely voters. Respondents with and without college degrees also provide almost identical answers to the poll’s questions and low-earners (less than $50,000 p.a.) are no more in favor of socialism than respondents earning more than $100,000 p.a. When the poll’s data are analyzed in terms of race, more than 70 percent of white, Black and Hispanic respondents expressed a preference for a free-market economic system. There is, however, one difference: Black likely voters are twice as likely to favor socialism (17 percent) than Hispanic likely voters (8 percent).

The largest variation was between younger Americans (18-39) and older Americans (65+). In fact, support for socialism is three times higher among young voters (18 percent) than among older voters (6 percent).

The findings of the American Heartland Institute/Rasmussen Reports poll correspond to a survey conducted for the The Rich in Public Opinion study, which confirmed that negative attitudes toward rich people are less pronounced in the United States than in European countries (with the exception of Great Britain, where attitudes are similar to the United States). The study calculated a Social Envy Coefficient to depict the levels of social envy in each of the surveyed countries. Levels of envy were highest in France and Germany (coefficients of 1.26 and 0.97, respectively), followed by Italy at 0.62. Social envy is far less pronounced in the United States (0.42) and Great Britain (0.37). The survey for The Rich in Public Opinion also confirmed the significant variations between younger and older Americans. The Social Envy Coefficient for Americans under the age of 30, for instance, was considerably higher at 0.56 than for Americans over the age of 60 (0.28). In the European countries surveyed, the exact opposite was true and it was younger respondents who are more positively disposed toward the rich than their older compatriots.

Rainer Zitelmann is the author of “The Rich in Public Opinion” https://therichinpublicopinion.com/ and “The Power of Capitalism” https://the-power-of-capitalism.com/.