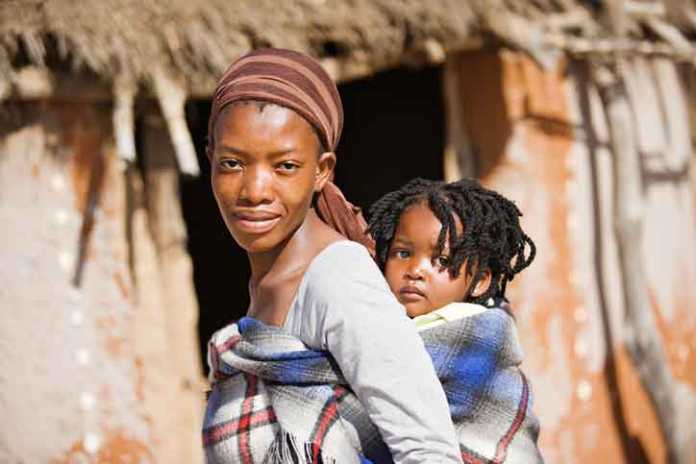 Since the mid-1990s, new approaches to poverty reduction have been introduced in countries across Africa, Asia and Latin America. Some have involved income transfer programmes that target poorer citizens based on various means tests. Most have targeted female caregivers, primarily mothers.

The most expansive child and family grants are in Brazil, Mexico, Chile, Argentina and South Africa, which has put in place the biggest social provision net in Africa.

The focus of our study was on Brazil and South Africa, two of the countries that have the largest programmes globally. The programmes were all designed to enhance child welfare. But as academics who have studied social policy in these countries, we felt it was important to assess the impact of income transfer programmes that move beyond a focus on child well-being only. In particular, we set out to examine if such transfers also elevated women in their homes, societies and political systems.

Bolsa Família was launched in 2003 and is the largest cash transfer programme for children and families in the world, reaching more than 46 million people a year in Brazil. The country has a population of 212 million people.

South Africa’s child support grant system was launched in 1998. It makes monthly disbursements to 12.8 million children of a total population of 59.6 million people.

Though they have different population sizes, Brazil and South Africa have a great deal in common. They have similar economic profiles and demographic characteristics. For example, among other similarities, they have the highest levels of income inequality.

We conducted fieldwork in Doornkop, Soweto, a large, densely populated black urban settlement which comprises one third of Johannesburg’s population. We also looked at three municipalities across two states of Northeast Brazil.

We found that regular income assistance boosted the self-esteem and agency of women recipients in both countries. Our findings also underscored the added benefits of Brazil’s cash transfer programme because it is embedded in a stronger public health and social service network than is the case in South Africa.

The broader lesson we took from our findings was that income transfer programmes must operate in deliberate coordination with ancillary social service institutions to deliver the maximum benefits for women’s empowerment.

Our analysis centred on the impact of child and family cash transfers on three dimensions of empowerment.

This was a departure from the way in which empowerment is usually conceptualised in academic research where the focus tends to be on how and whether gendered norms are changing. Instead, inspired by economist and philosopher Amartya Sen, we viewed empowerment as the expansion of assets and capabilities that give women more control over their lives, enhancing agency to eliminate inequities and to unleash greater freedoms.

We listened closely to the voices of women recipients, in focus groups, individual conversations and surveys.

In the case of Bolsa Família, we also set out to understand the broader context in which the child support grant system connected with other social services. Brazil attaches conditions to its child support grants. These include children having to attend school regularly, children under five receiving standard immunisations and prenatal care for pregnant women.

To cover all these bases we interviewed teachers and principals, social workers and primary health care officials.

In South Africa, grant receipt is largely unconditional, except that a child should attend school. We assessed the impact of the child support grant on a range of social and economic indicators such as school attendance, access to health and other services, food security, income and livelihoods and women’s empowerment.

Our findings suggest the social grants triggered positive dynamics for women’s empowerment in both countries, even though the programmes were not intended for this purpose.

For example, the cash transfers contributed to advancing the standing of women beneficiaries. We found that:

In both countries the grants helped reduce poverty levels, particularly among the lower quintile of earners. Both systems helped reduce the depth of poverty among female versus male-headed households.

But it was also clear that Bolsa Família went further than the child support grant in some key areas. For example, it induced beneficiaries to get basic identity documents, which improved access to a wider system of health and social work services. Having documents also meant that women could better navigate bureaucracies and gave them a sense of social recognition and hope.

The findings suggest that social grants can unleash positive dynamics for women’s empowerment even though the programmes were not intended for this purpose. Cash transfers don’t in and of themselves transform gender roles. Nevertheless, they help improve the standing of women beneficiaries in important ways. These include increasing social recognition, reducing levels of poverty and increasing financial control, decision making and agency.

But there are areas in which both Brazil and South Africa could improve. Cash transfers need to be combined with active labour market policies that boost job creation, livelihoods support and social services to enhance the economic inclusion of women.

There need to be skills and training programmes, as well as the provision of childcare and transportation.

Finally, our findings point to the need for South Africa to emulate Brazil by getting other government ministries and agencies on board to coordinate the delivery of other social services alongside the grants to boost results.

This article was originally published in The Conversation on 29 March 2021. It can be accessed here: https://theconversation.com/landmark-study-shows-how-child-grants-empower-women-in-brazil-and-south-africa-157537

Leila Patel is Professor of Social Development Studies and holds the South African Research Chair in Welfare and Social Development at the University of Johannesburg (UJ). She is the founding Director of the Centre for Social Development in Africa at UJ. In 2020 she was a recipient of the Academy of Science of South Africa (ASSAf) Science-for-Society Gold Medal Award for applying scientific knowledge in the service of society. She also received the Katherine Kendall Award for advancing international social work education. Leila played a leading role in the development of South Africa’s welfare policy after apartheid.

Natasha Borges Sugiyama is Associate Professor of Political Science and Director of the Center for Latin American and Caribbean Studies at the University of Wisconsin-Milwaukee. A specialist on social policy, local governance, and the politics of poverty relief in Brazil. Her latest research examines how local democratic practices and social protection further citizenship, human development, and gendered inclusion.

Wendy Hunter is a Professor of Government at the University of Texas at Austin College of Liberal Arts. She studies Comparative Politics, with an emphasis on social policy in Latin America. Her current work examines ID documentation issues in the developing world.
The views expressed in this article are those of the authors and do not necessarily reflect the views or policies of The World Financial Review.